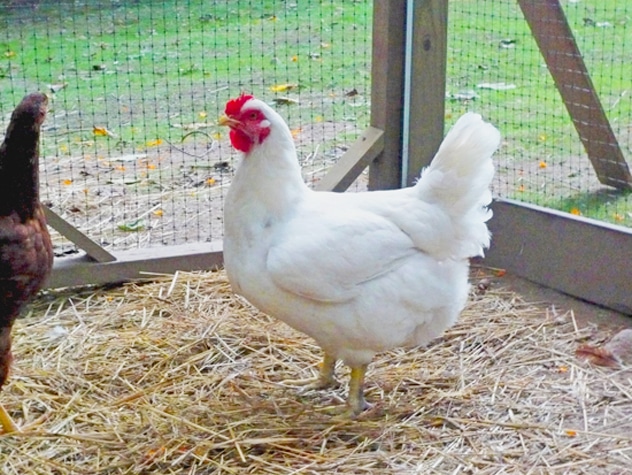 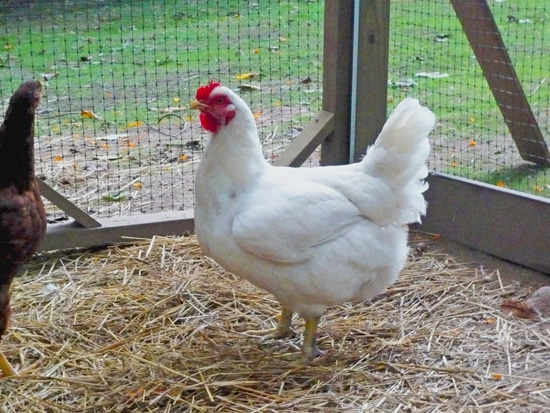 Lucy arrived one morning in the arms of Carmen, the beloved housekeeper who removes all the bird droppings off the kitchen floor after the roving fowl view the open door as an invitation, and decide to stop in for a visit.

She was rather scrawny at first, Carmen didn’t really explain where she’d gotten her from. She just arrived with a chicken in her arms and plopped her down and left her behind at the end of the day. She probably thought Lucy would be a good companion to Buster who arrived in the arms of a neighbor who couldn’t handle him any more. You see, Buster is a racist rooster. 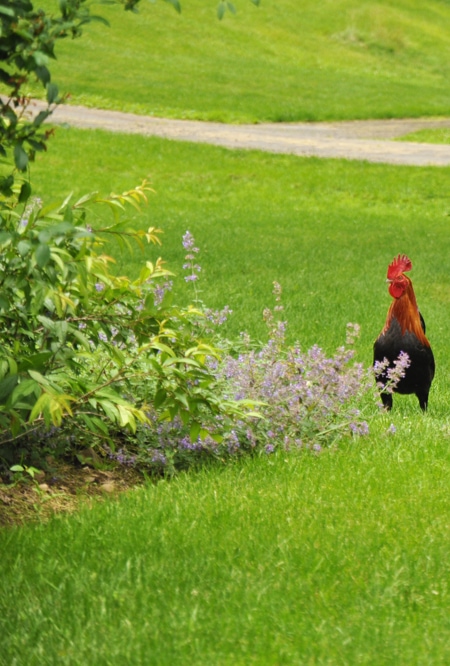 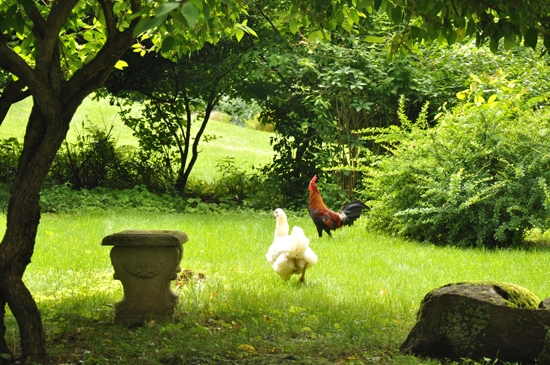 Needless to say, Lucy and Buster had very precarious beginnings.

He attacked her a few times, stood on her head, made loud noises… she really ruffled his feathers.

So she lived in the office for a while. Carmen started to regret her gift, there were a lot more bird droppings as Lucy made herself at home.

But then suddenly… Lucy and Buster reached an understanding. In fact, they fell in love! They became completely inseparable, wherever she went, he followed, he just couldn’t get enough.

So things were great…

And then more hens arrived (Rhode Island REDS)  to the post office, and lucky us, we were sent one rare breed! 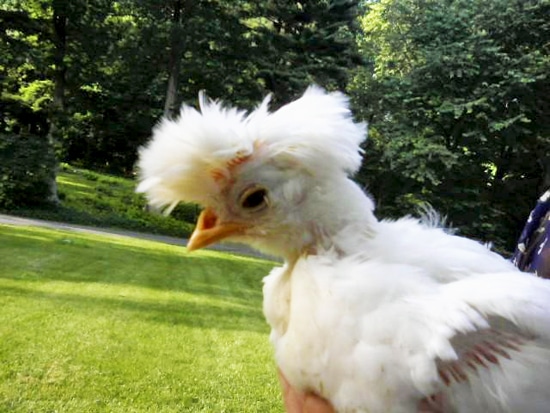 So Buster stopped being so cool… in fact, no more Buster. He had a mental illness and had to be committed.

BUT! Lucy is thriving. She laid her first egg this week! She lays one per day in the corner of the chicken coop for all the other girls to look at in envy.

They are light brown colored and fluffier than the other eggs. In fact, they are so good that I’m going to write an egg recipe in her honor. 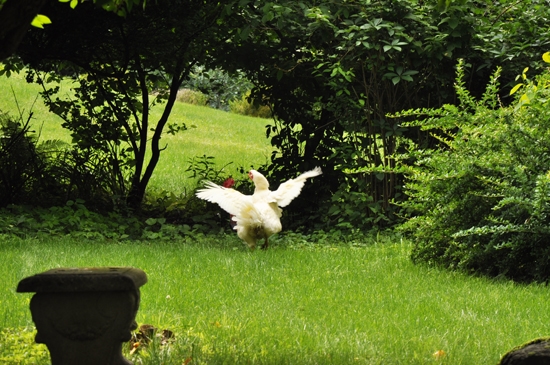