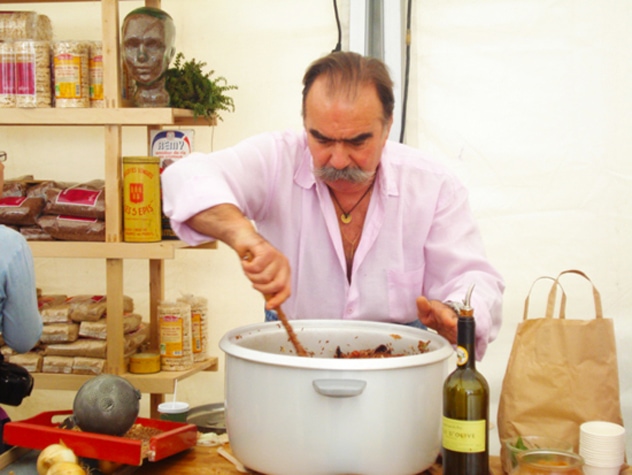 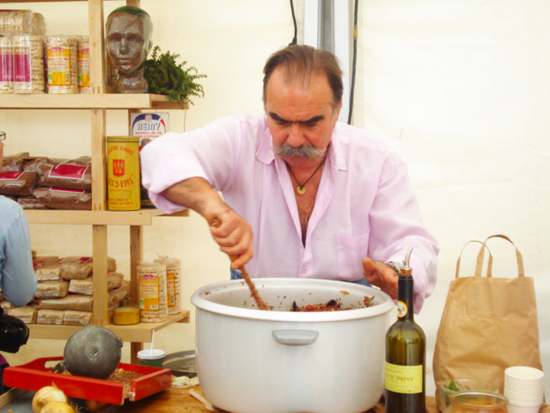 This is my French friend Robert. Doesn’t he look like Ernest Hemingway? For many weeks we spent Saturdays together at the french farmers market where he tended to his pot of rice. The rice was his priority, second only to the box of wine he carefully unloaded from the truck along with a portable refrigerator used just to keep the wine cool. In France, it is important to have wine to drink while you sell your vegetables and cook your rice. He liked to start on the rosé early – right after we unloaded the truck at 6am, while preparing the vegetables for his rice cooker. 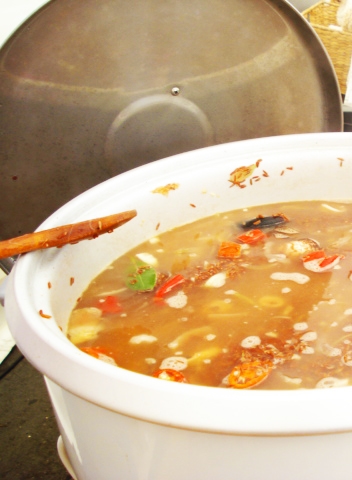 Every farmers market he tossed glorious things into his rice cooker… usually a medley of seafood taken from the nearby Mediterranean. Along with many variations of rice, the product that puts the town of Arles on the map. Riz complète, semi-complète, riz rouge… he had it all. 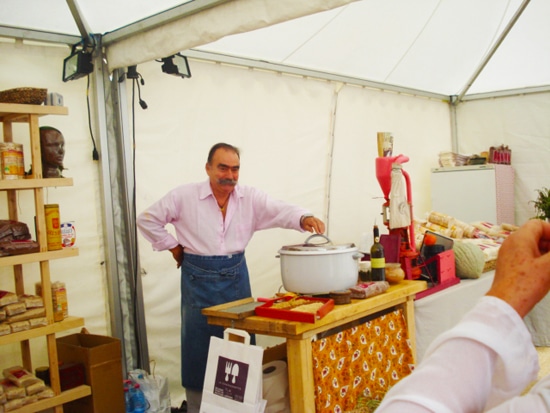 Including a lot of charisma. Cooking the rice was the perfect job for him because it was a glorified social event, which he made the most of… wherever you are coming from or wherever you are going in France, there is always time to stop and chat. And argue over recipes down to the minute detail. Over a glass of rosé. 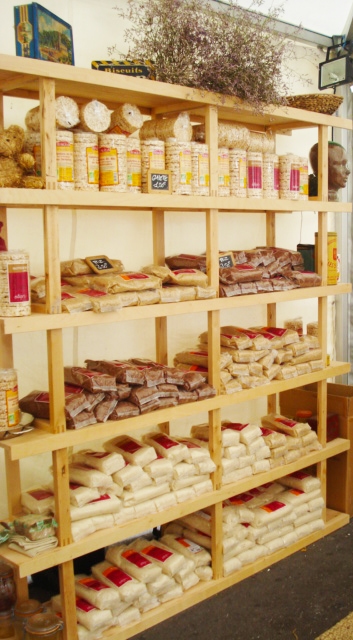 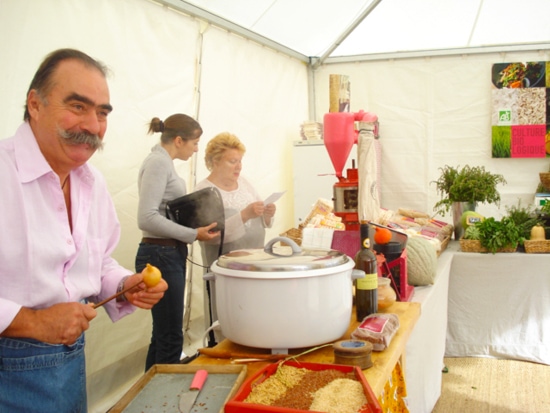 Did I mention that his uncle’s mustache is bigger than his? And white as snow.