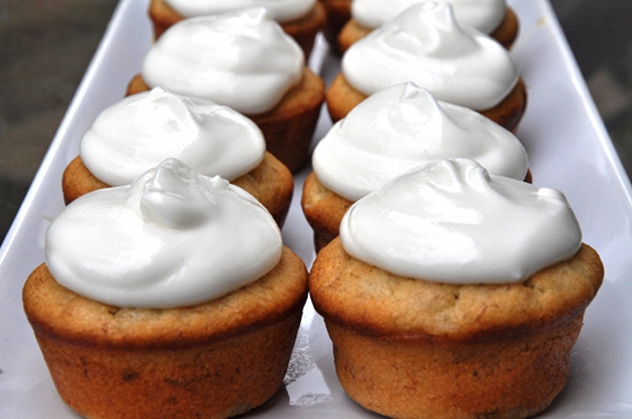 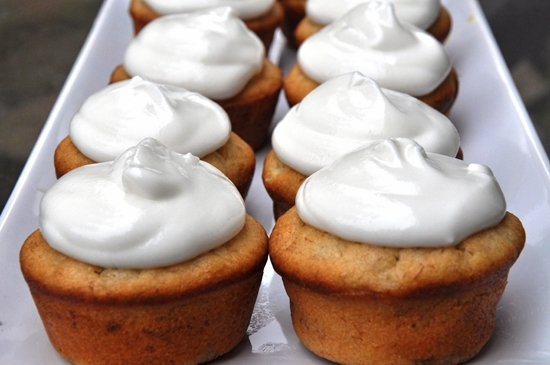 In preparation for my book… I’ve been testing out quite a lot of recipes. These I like to call “Bananas Foster Cupcakes,” because they celebrate cream and rum and cake in three lavish bites. (There’s cream inside!)

I’ve discovered that to get a truly unbiased opinion on a recipe, it is best to set it in the kitchen of an anonymous office where people whisk in to grab a diet Mountain Dew or two, and may grab one of these as well as they whisk out. If they seek out answers as to how these cupcakes landed in their office kitchen, by sending out an office-wide email for example, then they probably made a lasting enough impression to be worthy of a cookbook. I like to call it the Nielsen ratings for food.

So, in the spirit of taking polls, I’m going to ask you… would you like the recipe now? Or would you like to wait for the book to come out? Do tell in the comment section below and after the tally has been taken at 12 pm Pacific time on Thursday, I will post or not post… depending on whether you all are the instant gratification type… or the waiting kind.

Okay, okay, the people have spoken. Here you go! 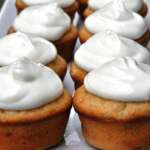 For the Cream Filling:

For the Cream Filling: