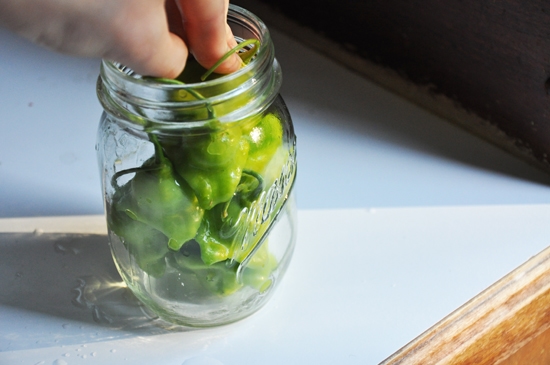 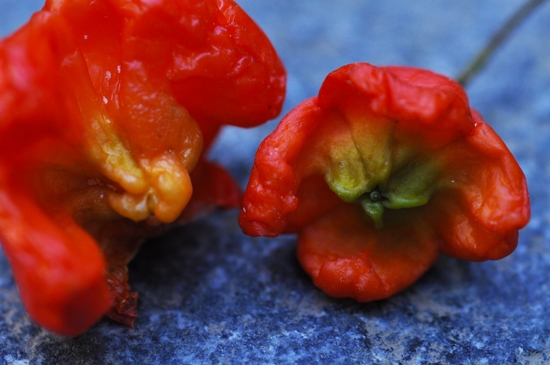 They’re not supposed to be red. They are supposed to be black. Little black flower peppers. The most intriguing fruit I’ve seen dangling in a garden. But these ones never even turned red. Only this pair did after they sat on the windowsil for ages. I don’t know why… they just sat there, green as can be. Except these two. 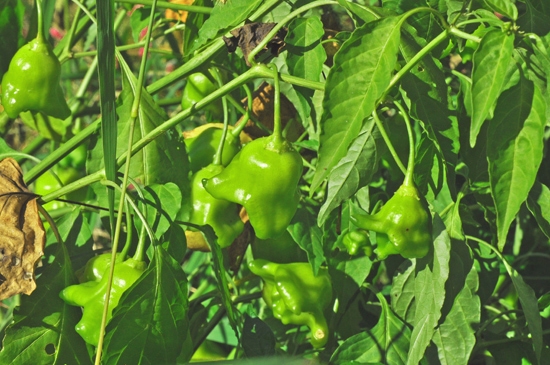 Which was upsetting at first. I really was looking forward to these black peppers. But seeing as it’s October, and getting very cold, it was time to bite the bullet and pick them. All ten million of them. So I did. And they’re still pretty. But not black. 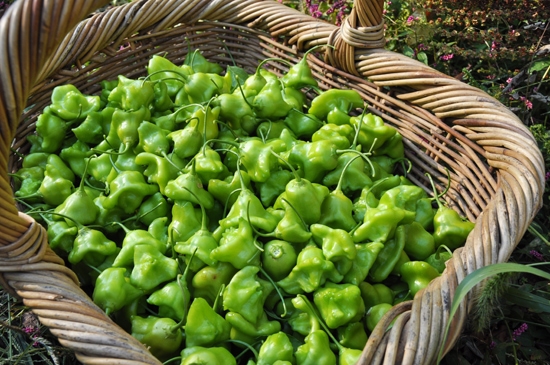 They have a spicy inside. But the outside is not. Just a subtle burn on your tongue. 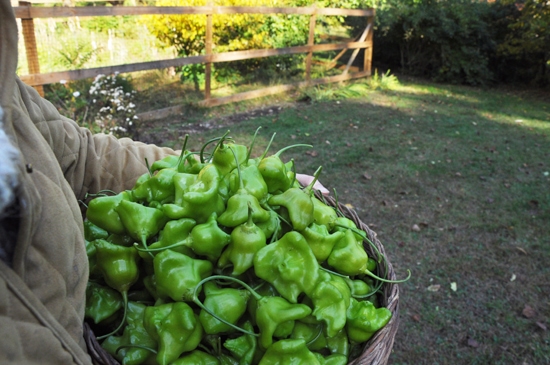 There were many, many baskets to be brought to the house. And so I decided that instead of eating ten million spicey peppers over the course of two weeks, I would pickle them. Lots of pickled peppers for the winter. 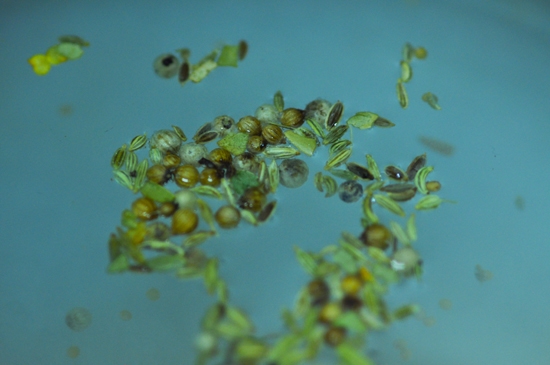 I made a brew of vinegar and sugar and salt and spices and heated it. Then I stuffed the peppers tightly into glass canning jars.

Then I ladled some of this warm liquid into each jar, enough to reach the top. 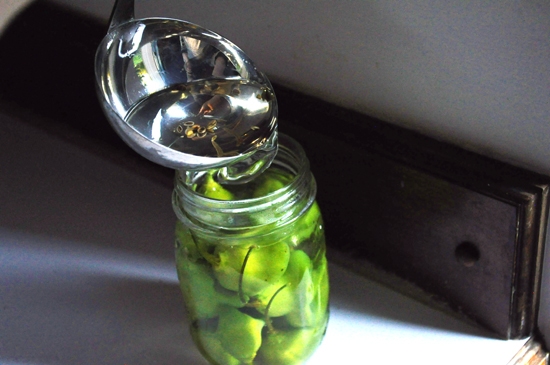 And after placing them in a hot water bath for 45 minutes, the seal on  the lid made that fun popping sound. And they were ready for the winter. 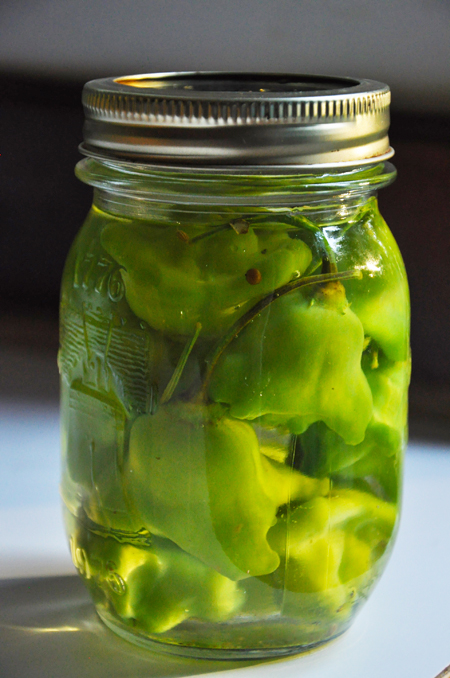 Here is my pickling recipe. I hope that your peppers turn the color you desire, but if not, these will do just fine. 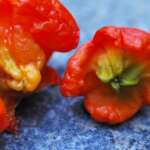