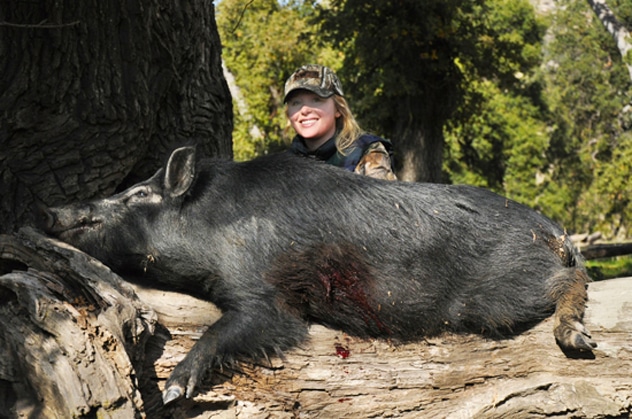 In part one, we go on a hog hunt, very early… 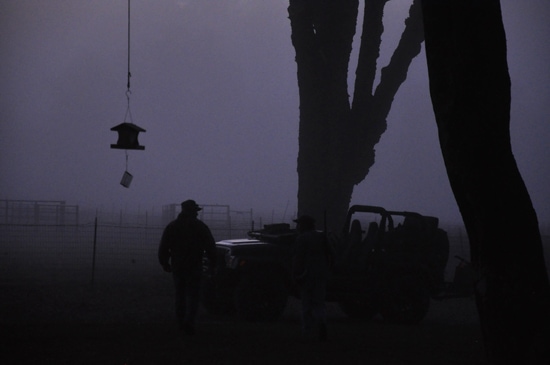 The owner of Hidden Valley Ranch, Tim Haley, and his foreman Craig, and I hopped into the jeep and drove through some very chilly winds… 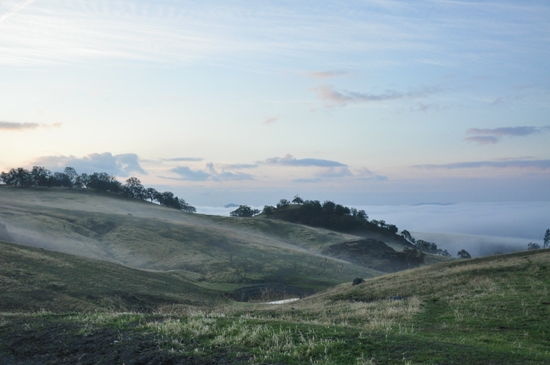 But the ranch was so beautiful as the sun came up that it was a lovely distraction from the cold. 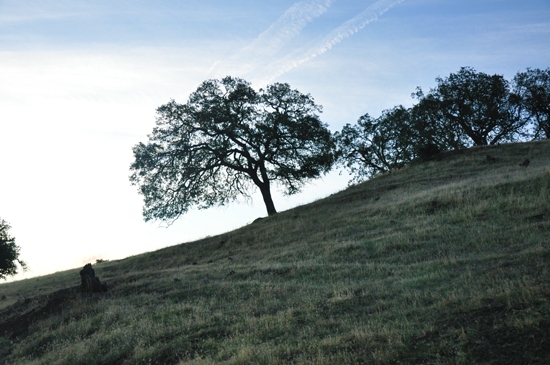 Pretty soon after we set out, we saw a group of hogs moving quickly through the woods below the road. When they saw us they went up the mountain and I took a large one for dinner. 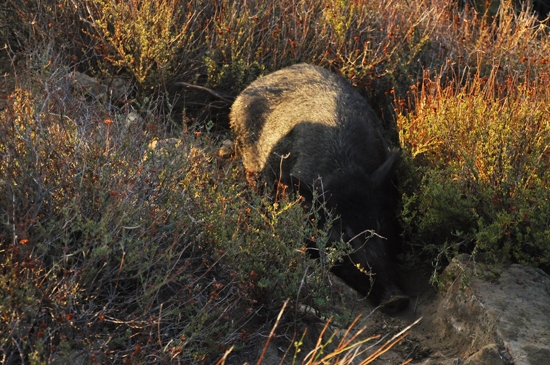 It was quite a haul chasing the hog up the mountain, but luckily Craig was there and used his muscle to get the hog down. 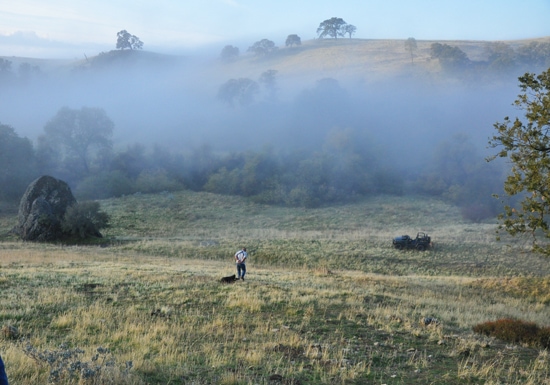 He field dressed it and we put her on the back of the jeep and took off to look for more. 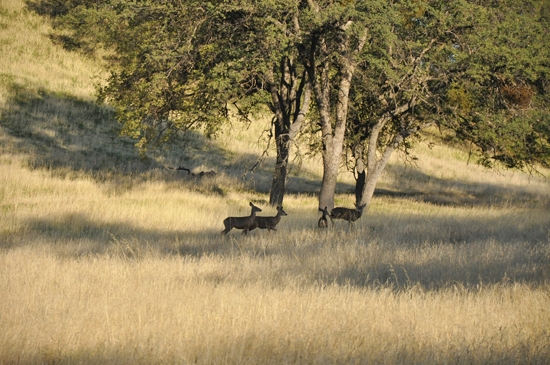 There were so many beautiful peaks and valleys on the 10,000 acre ranch, with nothing in sight as far as the eye can see, except for the wildlife… does and bucks prancing along, a coyote in the distance, bald eagles gliding above us. It was quite a sight. 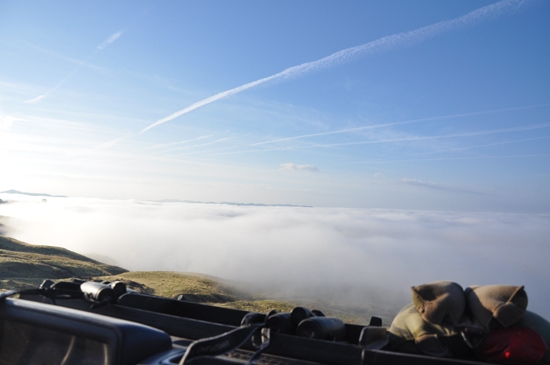 At one point we were so high up above the mist that it felt like we had driven above the clouds. 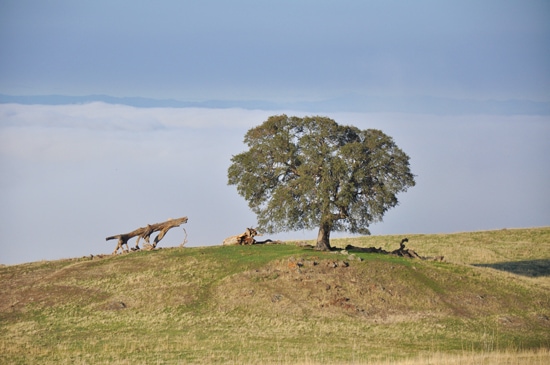 There were interesting bits of nature’s architecture as well… 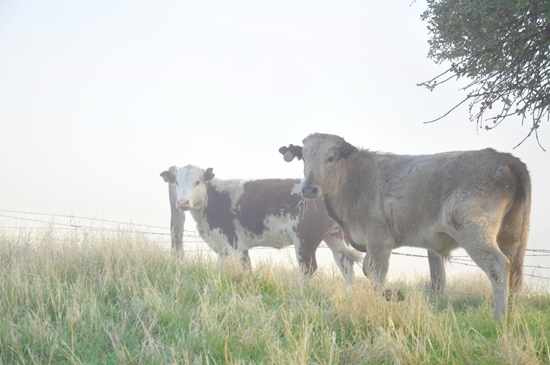 And cow’s looking at us curiosly. I have developed an odd fascination with photographing cows. I think I will have to do a “cow’s of the world” post soon.

We kept an eye out for bucks with nice antlers… some had antlers that were just starting, some had ones that were expansive and blended with the branches. 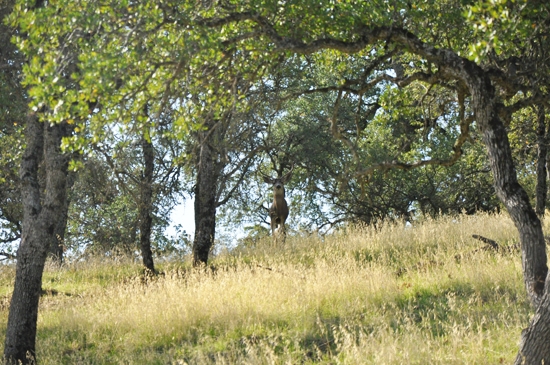 And then after several stalks we saw another group of pigs in the distance, feasting on acorns under the tree. And so we stalked them as well. And once I had a clean shot, I got pig number two for dinner. 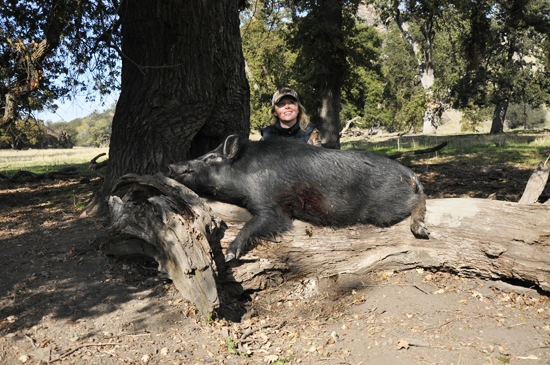 It was very large, and we cooked the tenderloins that evening which you will see in part three of this dinner series. The rest will become sausages and hams and maybe some proscuitto.