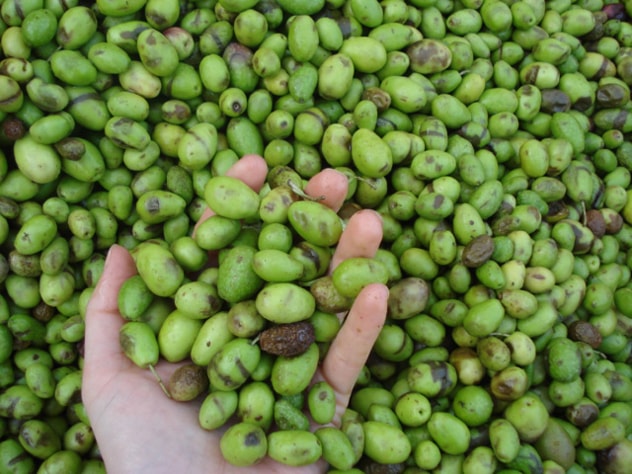 You have to love the olive tree to do the work… early in the crisp mornings of late October, well into the even colder evenings of late November. To make a single liter of extra virgin olive oil requires more than ten pounds of olives. It is a commitment to be an olive grower. 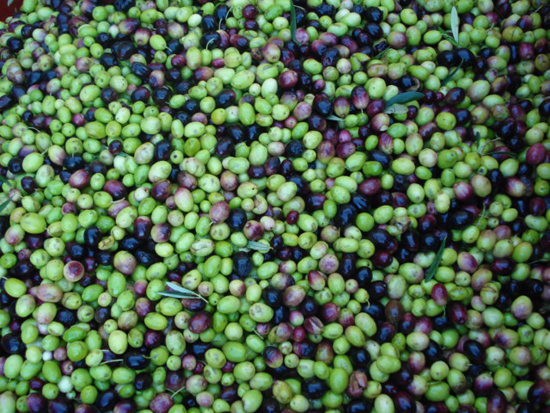 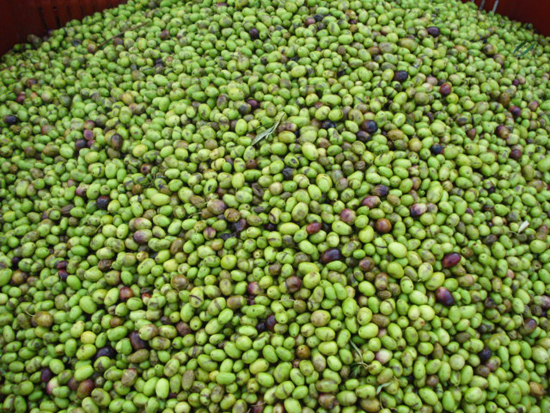 The French analyze organoleptic parameters like intensity of smell, harmony of smell, softness, heat, harmony in the mouth, heaviness, bitterness and body… that particular je ne sais quoi that makes it decidedly French. 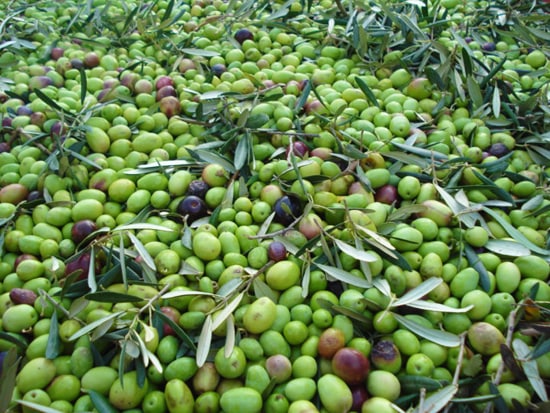 Olive oil should be strong and have a bite when it is a finishing olive oil. They fall to the back of the mouth and lubricate the throat with pepper and pineapple. You experience the delayed but sometimes fierce scratching at the back of your head, then the delicate ones that rest on the tongue kindly like dessert. 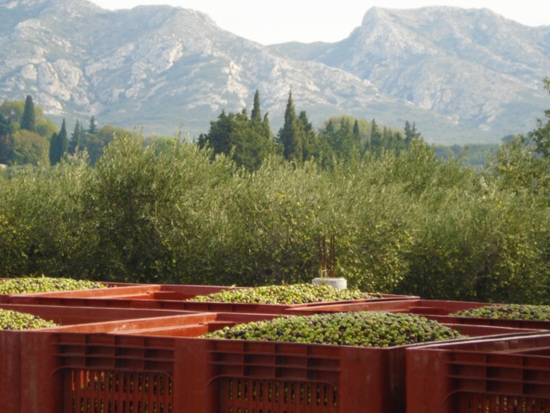 Someone once told me, “Oil is like a child…you taste it and it’s very difficult to grasp. And then in December, January it’s going to slow down and its going to be more of a teenager, still a little moody.” I think I like it best at its moodiest. 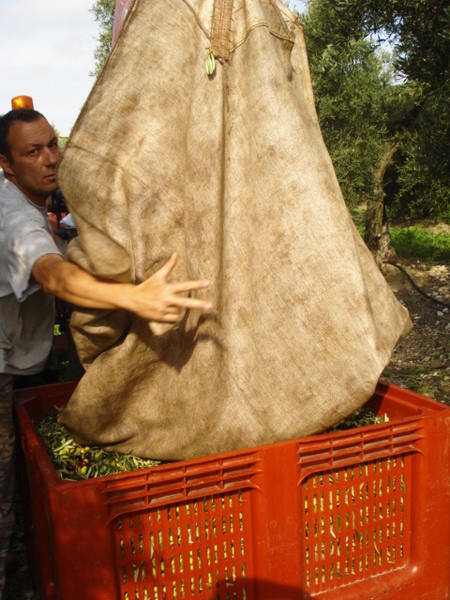 Out of the truck and onto the fields, workers methodically tug on the olives, milking the trees bare. Traditionally, during the olive harvest, men and women from surrounding towns would arrive to perform the labor, doing what their parents and grandparents had done for generations. In the days when people were less mobile, the olive harvest was when members of isolated villages had an opportunity to meet, and soon, romantic attachments formed, high up in the olive trees. Though times have changed, the technique for picking olives has not – it is still the same as it was two millennia ago.

The primitive, sinuous trunks, the spreading yawn of the branches, the metallic flicker of the silver-gray leaves, give me a distinct sense that I am tasting and living time.