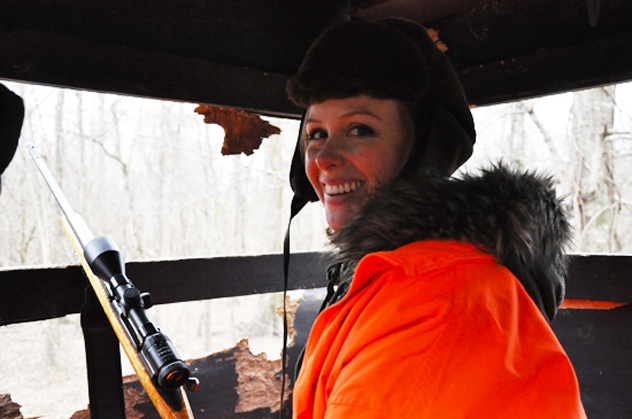 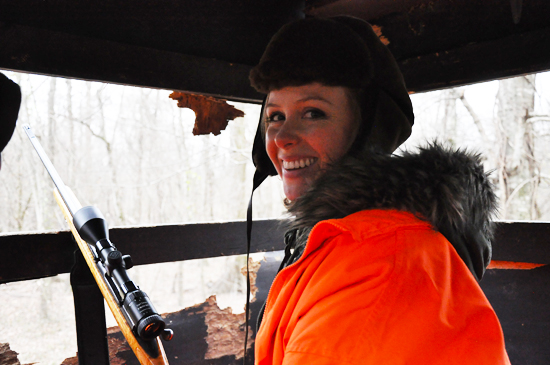 We spent a lot of time in a cold wet deer stand this weekend. And sometimes you have to entertain yourself as a distraction from your numb toes. So Freddie Black, the commissioner of fish and game in AR (and also my hunting partner), stole my camera from behind me and started snapping photos. 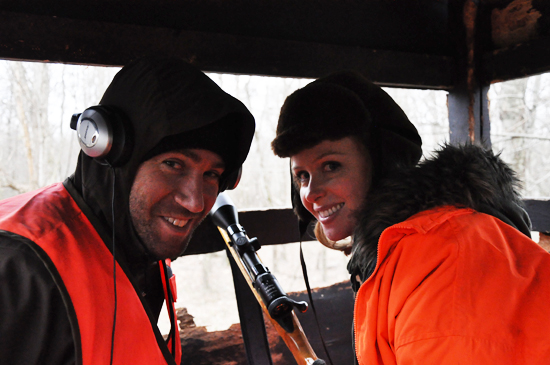 That’s my cameraman friend Sam. He was a real trooper.

But then I stole the camera back and got Freddie warming his hands. 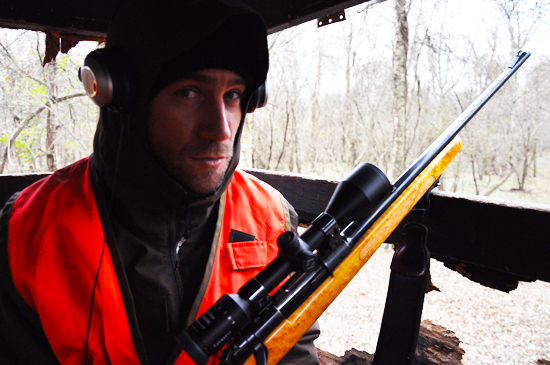 And then I made Sam hold my gun so I could take his picture for once. He looks very intense here, don’t you think? 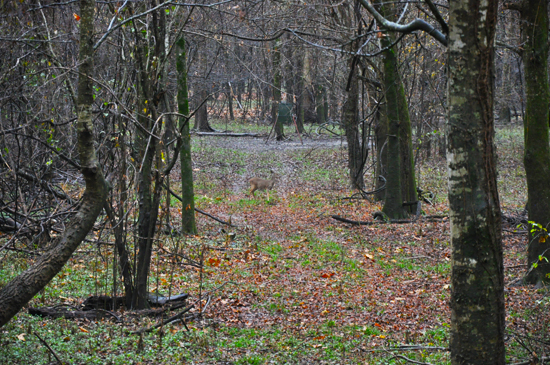 We did see lots of deer like this one, but many of them weren’t big enough or old enough. This is a yearling camouflaged against the leaves…she ate a lot while we waited.

And then something pretty odd happened. A buck and a doe appeared and since the buck was too young, I decided to go for the doe. I adjusted my scope and put the cross under her right shoulder blade. I’ve been told often that I’m a very controlled shooter and I think it has more to do with the fact that I’m right handed and left eye dominant, so I have to make sure I can really see clearly before I pull the trigger. And soon I did but, she didn’t go down, she ran. I was stunned. Freddie Black said, “well, I think you missed,” in his casual way. And I thought, “WHODX&%$z!!%&$!!!” or something like that. I don’t how that is humanely possible, I thought indignantly. So, having the luxury of a camera handy, Sam rewound the tape and looked, and they concluded that I had missed.

I shook my head in disbelief. And then Freddy started thinking the new scope he put on the gun may not have been sighted properly. So we waited for a few more hours for something to come but nothing did. So I tested the scope on a target and the shot went right where I put it. Grrr, I thought.

We finally left to go back to the lodge for lunch and when we got to the spot where I had shot the doe, there was blood. Freddie knelt down and put some on his fingers to see if it was still wet. And it was. But he thought it might be from someone else’s shot the day before. But I didn’t think so. I kept looking for blood and followed the trail and…sure enough, a few yards over there she was, a perfect shot through the heart just like I had intended. 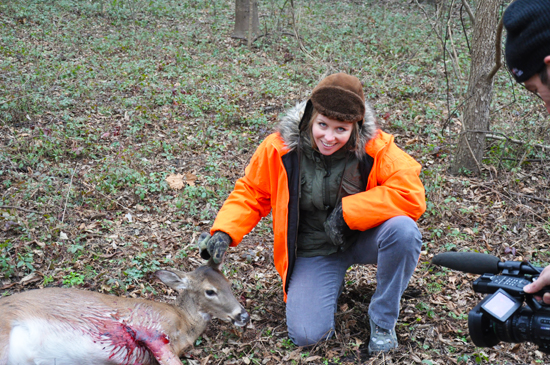 I was a happy girl. Especially because I don’t like to be wrong! Freddie was laughing at himself and he and Sam decided it was water they had seen splashing behind the doe and so this is why they thought I’d missed.

And it also brings up another topic of debate which is, do you really shoot through the heart and lungs or do you aim for the shoulder blade so the deer doesn’t run? The problem with the latter is that you ruin more meat that way. And I hunt for food. 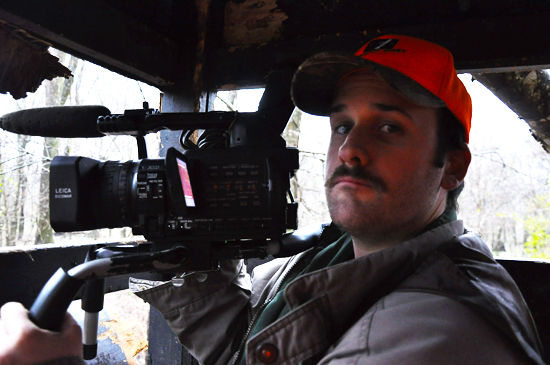 I gutted the deer and I think I traumatized the crew in the process. I made the executive producer hold a water bottle and a package of tissues and help me rinse my hands when I was done. He looked very uncomfortable. Needless to say, Sam sent Alex out with me for the afternoon hunt. He really enjoyed his first hunt but he still had to thaw out his toes and needed a beer to smooth out the experience.

I also learned not to doubt myself and never to listen to Freddie Black! Just kidding Freddie.