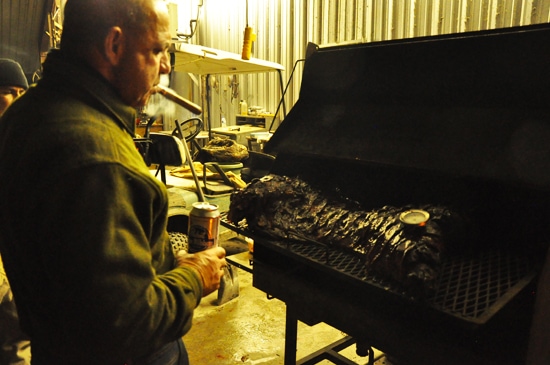 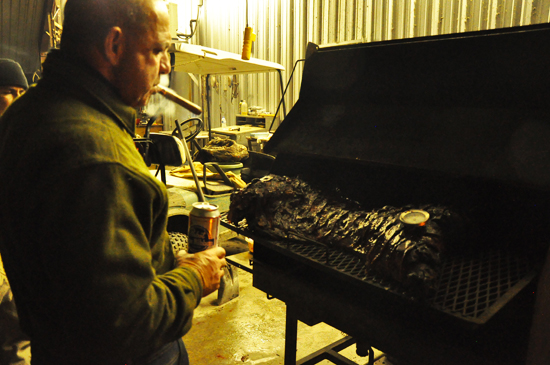 That brown thing glistening in the florescent light is a whole hog. It has been roasting on that big grill all day. The man puffing a cigar is my host Paul Michael and in his hand is a nice cold PBR. “I don’t drink it cause it’s cheap, I drink it cause it’s deelicious,” he says. He is one of the most philosophical and interesting human beings I have ever met, but that’s for another day. Right now, he had to poke the wild pig he shot the day before with a meat thermometer to see if it was ready for all of these hungry hunters. 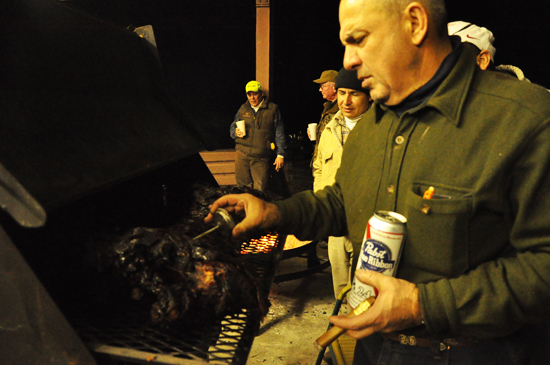 This wild hog is covered in strips of bacon and slathered in molasses and BBQ sauce. The bacon is to give it that extra fat that wild hogs are missing and the molasses and BBQ because, well… do I really need to explain why? 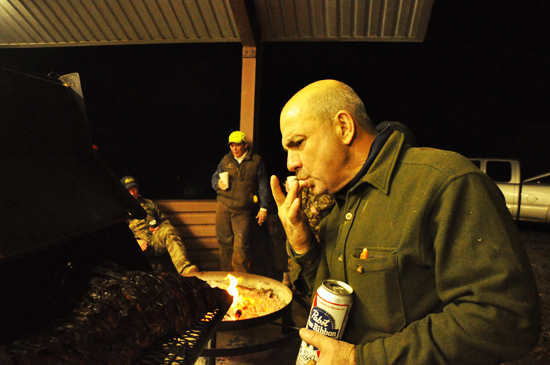 It is a great excuse to lick your fingers. 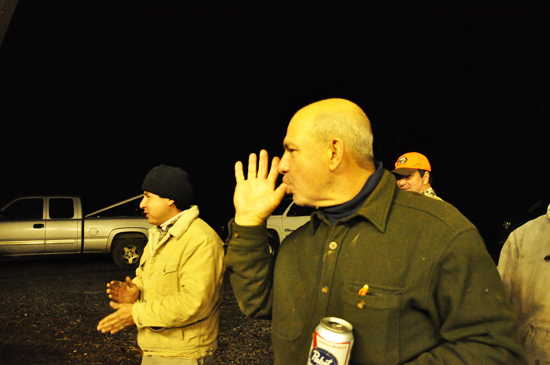 All in the name of testing for doneness. 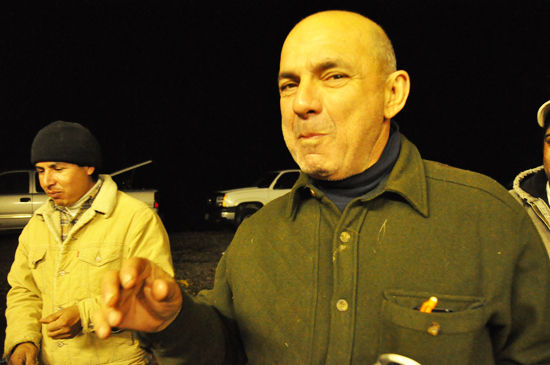 He gave me a piece of hog to try and my eyes rolled back into my head. Fat, salt and sugar are a deadly combination. 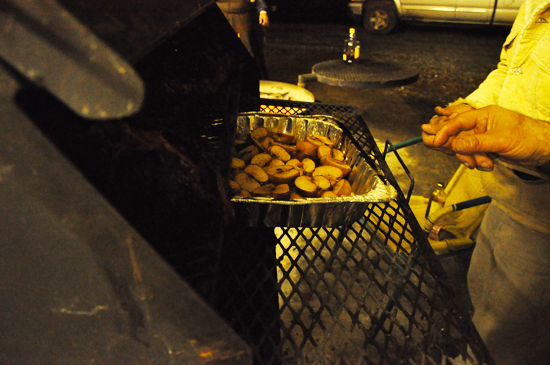 But now I must tell you about the real brilliance of this BBQ. He slid a tray of apples under the pig. So it caught all of the dripping juices. 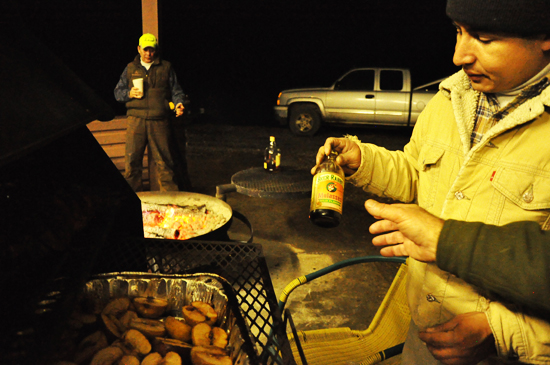 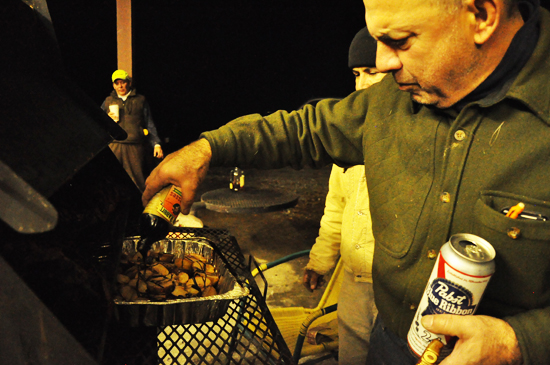 He poured more of that on them at the very end and it melted and caramelized and made my cry with happiness. 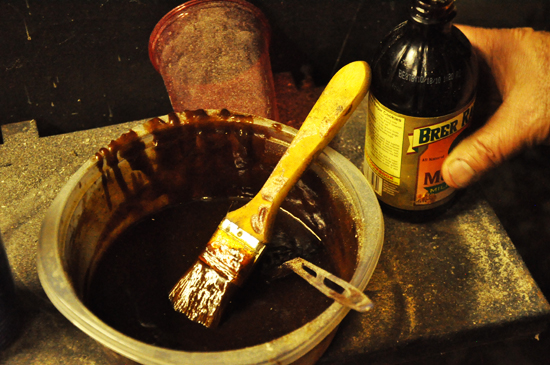 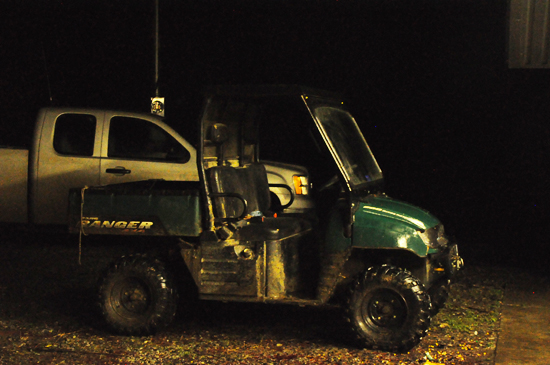 p.s. this is the ATV I drove when I went to go field dress and pick up my deer. It was terribly fun. Those wheels are capable of anything. 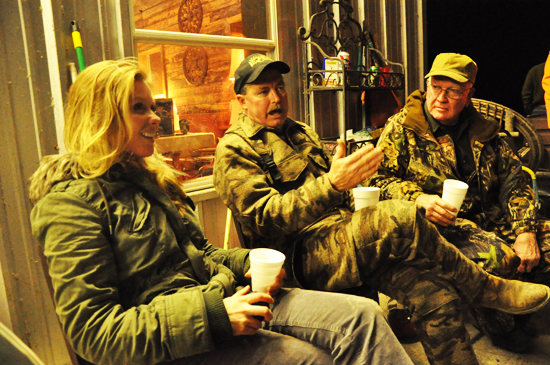 Another important part of the post hunt experience is to “talk shop” around a fire. Take a wild guess what’s in those styrofoam cups… what do you think? 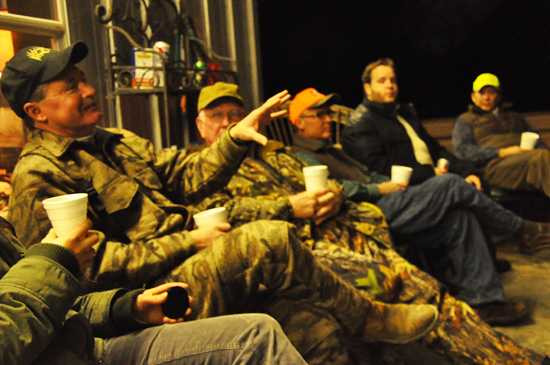 Whiskey baby, whiskey! I think the styrofoam added another dimension to the flavor… 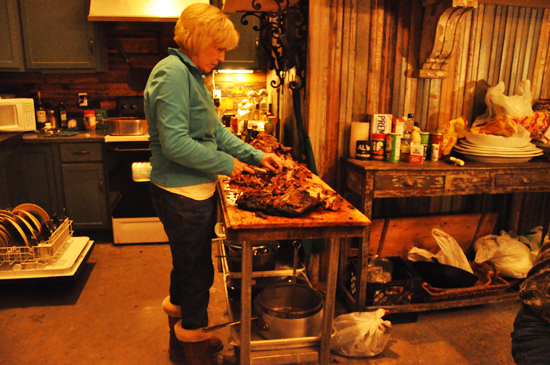 Then we had a big feast under the beautiful long table and I didn’t take a single picture because I was engrossed in what I was eating. But here is the aftermath. That’s Debbie Michael cleaning up the leftovers for the next day. There were at least 20 of us and we didn’t even eat half of the roasted pig. When you think about that kind of kitchen economy it’s pretty amazing how much money one saves when they hunt for their food rather than buy it in a grocery store. 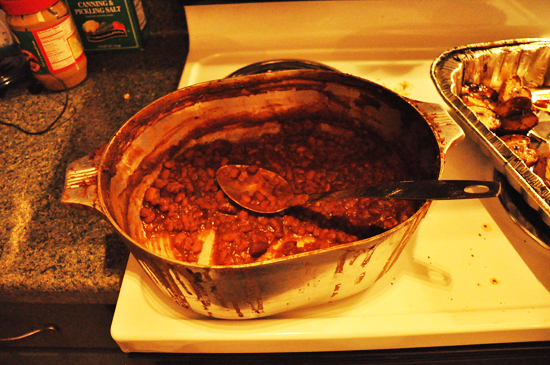 And then there was a beautiful pot of baked beans. Sweet and spicy. 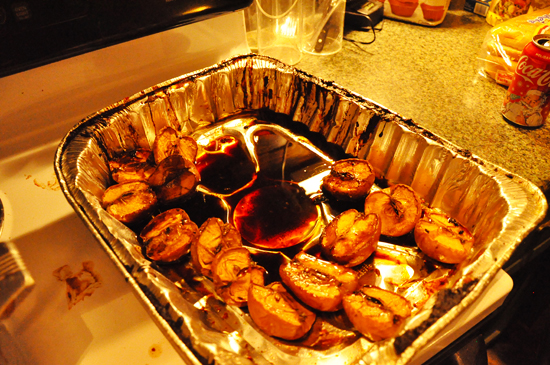 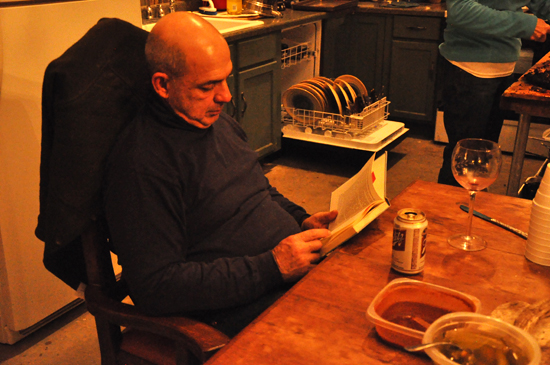 I showed Paul Michael a book on cooking wild game that was my great grandfather’s and he was engrossed. 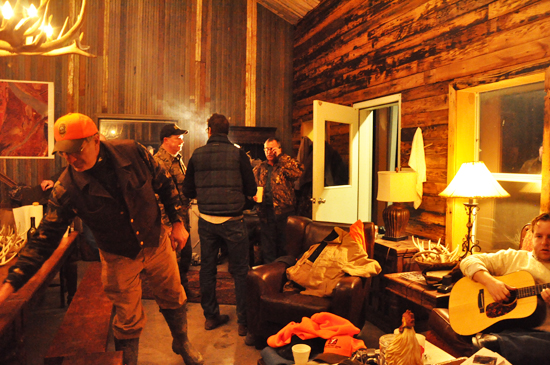