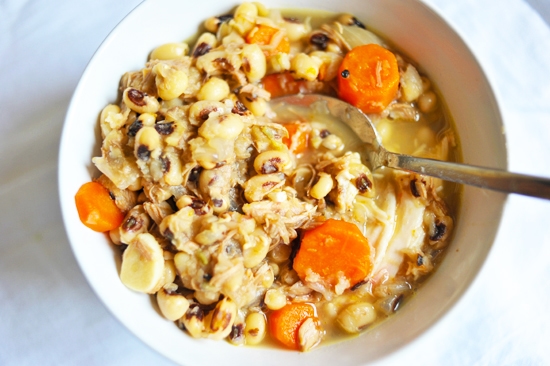 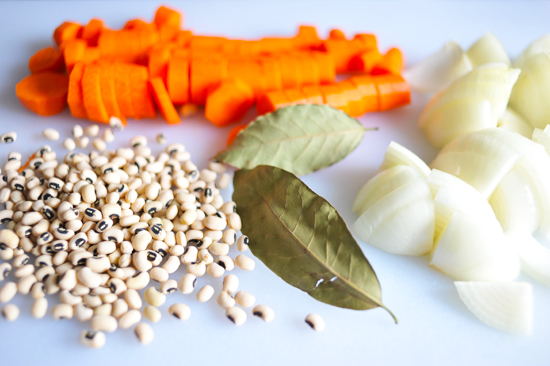 Black-eyed peas are one of those things I only think about on December 31st when I superstitiously rush around looking for them. You see, it was ingrained in me from the time I was a small plump infant, that this is the thing you’re supposed to eat on New Year’s Day for good luck. I’ve never really loved them. But then again, I’ve never really cooked them. So, armed with a sack of dried peas and little else, 2010 is a year for the record books — I made black-eyed peas for myself.

And in the spirit of independent thought, I decided to investigate why I’m supposed to eat black-eyed peas…where did this notion of black-eyed peas = good luck come from?

In the U.S., it supposedly dates back to the Civil War, when Union troops stripped the countryside of stored food, crops, and livestock, and destroyed what they couldn’t take with them. “Field peas” were only considered suitable for feeding animals and so they often remained untouched. Those in the Civil War adopted the notion of “good luck” from the Sephardi Jewish settlers who ate black-eyed peas at Rosh Hashana, the Jewish New Year. It’s a practice that actually dates back thousands of years.

It has since taken many forms. For example…

“Hoppin’ John”, is a traditional African-American dish of rice and beans served on New Year’s day for prosperity…

In Southern cultures the peas are typically cooked with a pork product for flavoring and served with a hot chili sauce and vinegar…the meal also features greens (symbolizing money), and ham (symbolizing positive motion, because pigs root forward)…

In Texas, they marinate the black-eyed peas in Italian salad dressing, chopped garlic and serve it cold. They call it “Texas Caviar”…

In Portugal, they serve it with cod and potatoes…

In Greece and Cyprus they are served with vegetables, oil, salt and lemon…

In Columbia, they are prepared as a fritter called buñuelo…

In North India, they are cooked as daal… 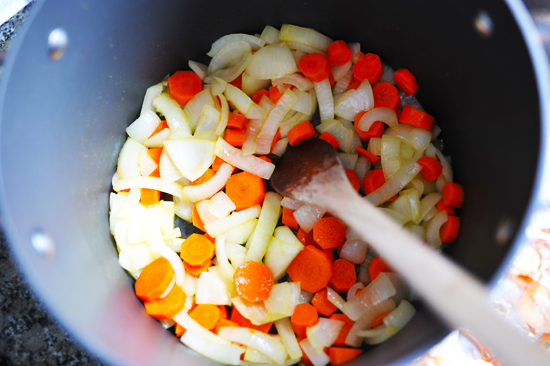 Sweat some carrots and onions in a bit of oil until the onions are soft. 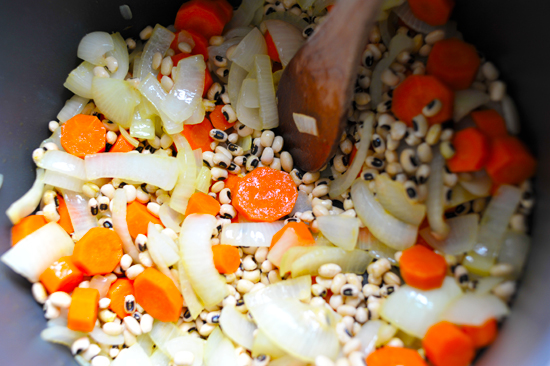 Add the dried black-eyed peas and stir them until the skins become slightly opaque. This is called “blanching” them. 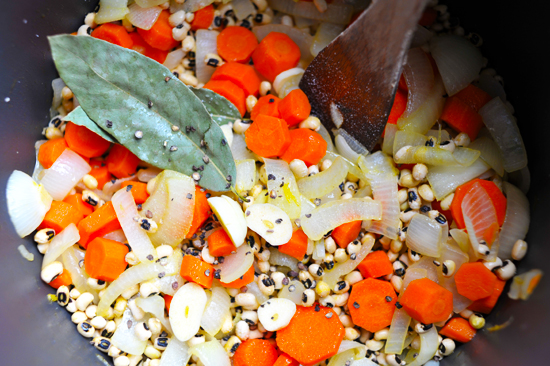 Add your aromatics… I used bay leaves, sliced garlic, and peppercorns. And a bit of salt. And then covered it with chicken stock that I happened to have stored in my freezer. I highly recommend using stock, it gives it an extra dimension that makes a big difference with something simple like beans. If you want to keep it vegetarian, you can use vegetable stock. Mine had little bits of chicken in it, which made it that much more interesting.

I like things a little soupy. So my ratio was about 3:1. 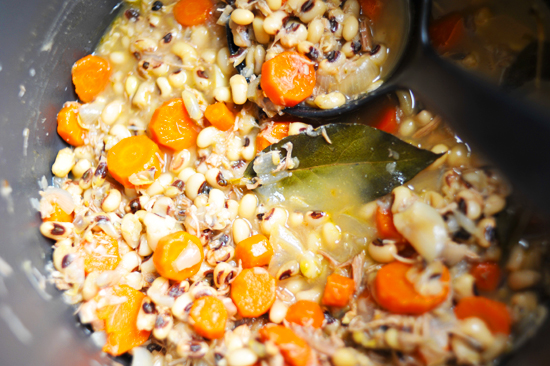 As it cooks, the starch from the beans will release and make the texture creamy. The skins will start to slip off which means they are about ready. Do a little taste test to see if they are tender and the seasoning is how you like it. 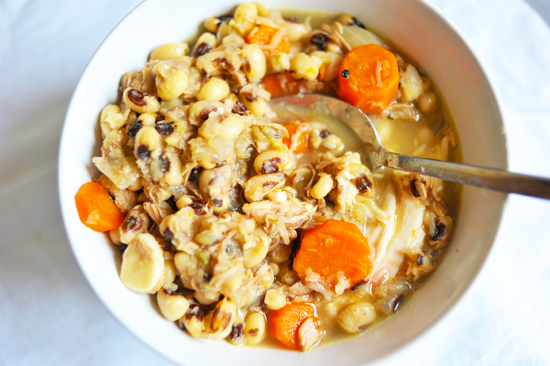 It is the kind of delicious thing you will want to make any time you need just a little extra luck.

I’m curious… do you make them every year too? Or have you never heard of this “good luck” thing? Or heck do you eat black-eyed peas every day for lunch anyway? 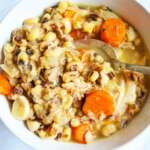