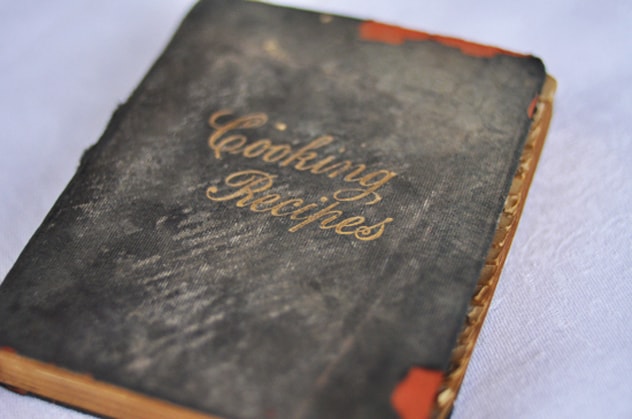 I found my version of gold tucked away in an old drawer. It was a tiny black book. And when I read the cover, I had to know more.

So I investigated, and guess what I discovered… this was my great-great grandmother’s recipe book!

Her name was Evelyn Day Bruner. She lived in Brooklyn but was born in the mid-west. 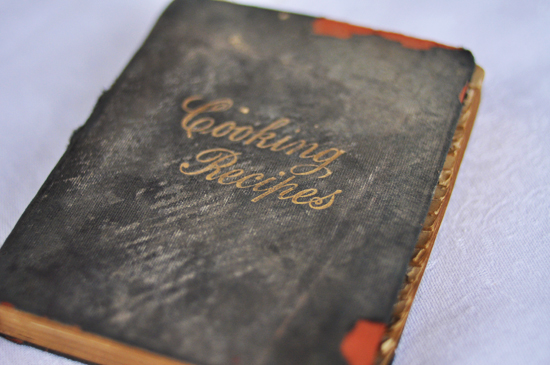 It’s tattered in a charming kind of way. “Well-used” shall we say… 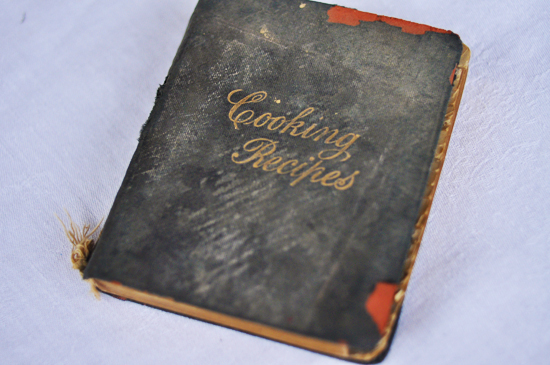 It’s frayed in all the right places, peeled and chipped to reveal the red under the black cover and gold script. I loved it immediately. I had to know more. 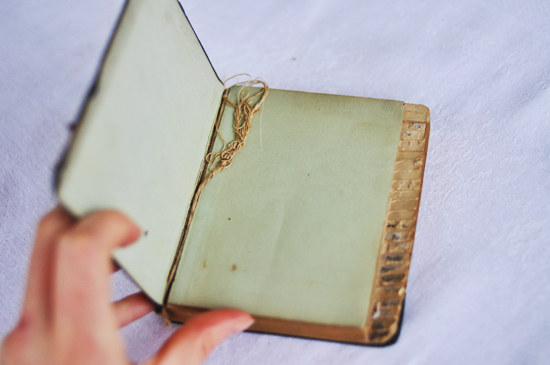 It has a tassel for marking your place. 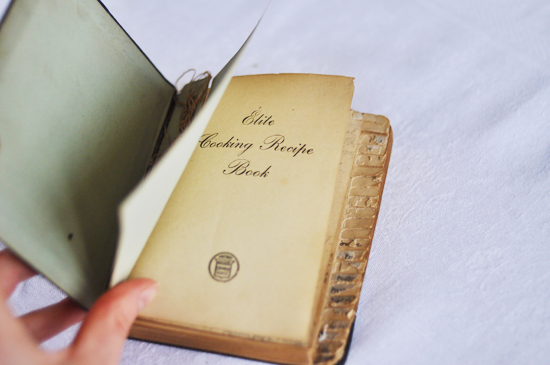 And in case you were wondering, it is an “Elite” cooking recipe book. Not just an average one. I wonder if they sold a “non elite” version back in the 1800’s… 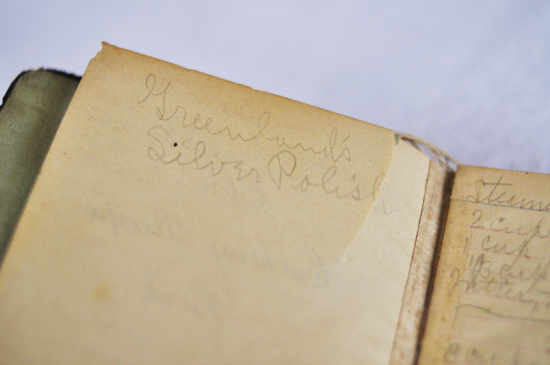 She made all kinds of notes in here. One about silver polish. Maybe she read somewhere that it was a good kind. I think it says “Greenland’s?” I couldn’t find it online… maybe other people didn’t think it was as good… 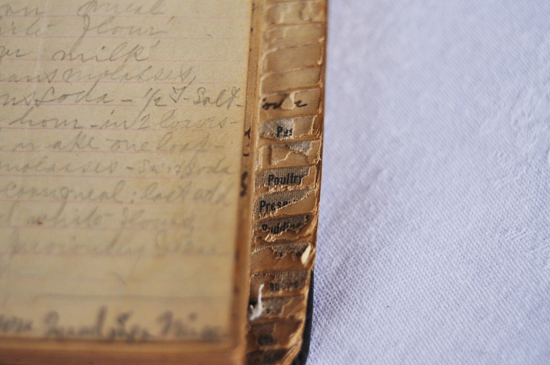 The book has all sorts of tabs so that you can categorize your recipes by type. She was very orderly about it and kept her recipes all in sections. I don’t think I inherited that trait. 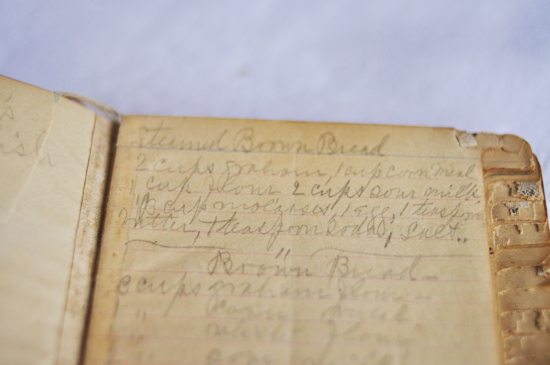 I have heard about this Brown Bread recipe my whole life. My great-grandmother made it also. I have never actually tasted it though. My grandmother makes something called Quick Bread, which I think is similar. I think I will finally make it. 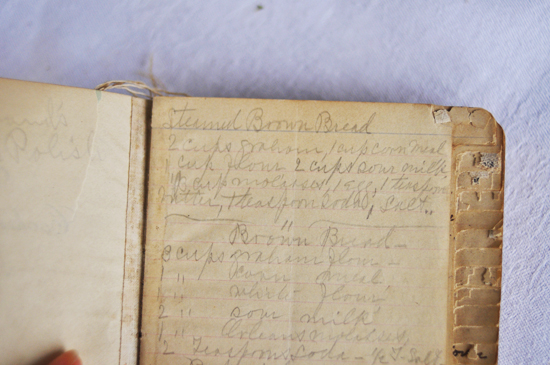 She has several Brown Bread recipes… steamed as well. She was really into this particular bread I think. 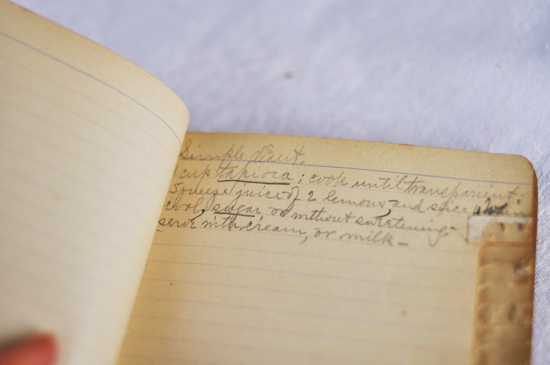 And a simple dessert of tapioca, lemon juice, alcohol, sugar (or not!) and cream or milk. I like how she suggests no sugar. That definitely has been passed down through the generations, as seen in my grandmother’s love for stevia. 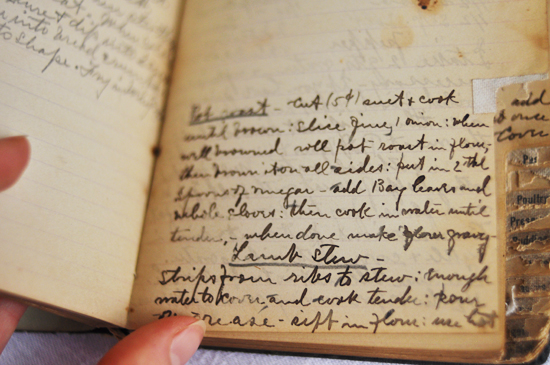 Oh look, pot roast and my personal favorite, lamb stew. I wonder how it compares to the one I recently made… 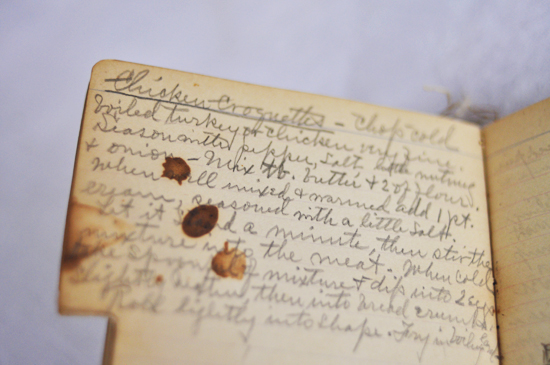 Chicken Croquettes. It looks like she make some and dripped on the page. 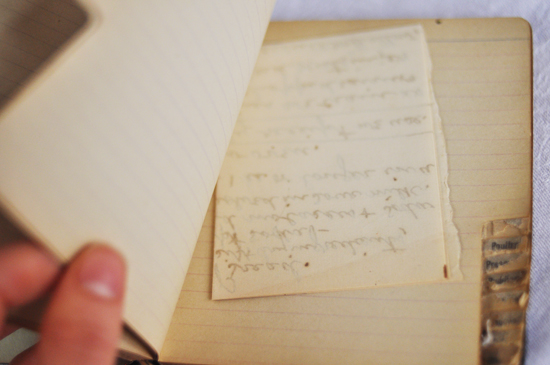 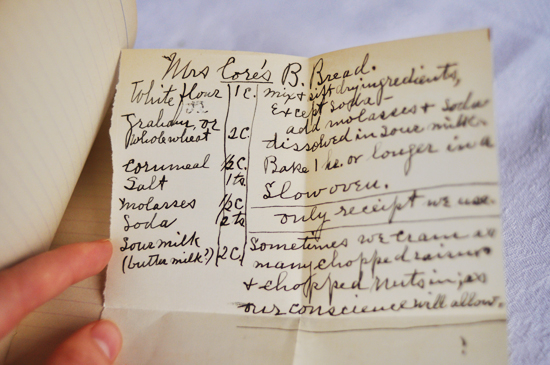 Someone else’s Brown Bread! Someone named Mrs. Core. “Sometimes we cram as many chopped raisins and chopped nuts in as our conscience will allow.” 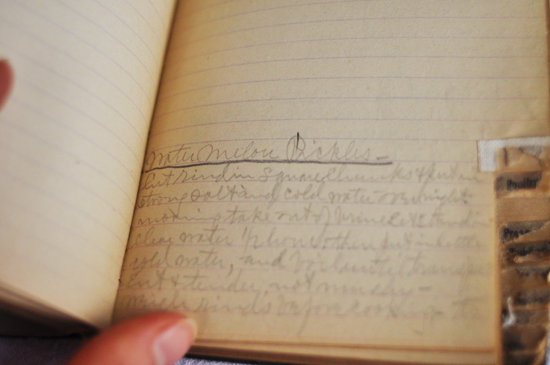 Watermelon Pickles. I used to make these when I cooked in restaurants. They are pretty delicious and a way to save your watermelon rinds and do something useful with them. I’m glad she was so frugal and pickling things like that back then. Or rather I should say I’m glad we’re still pickling things now. They seemed to know how to save a preserve everything in those days… 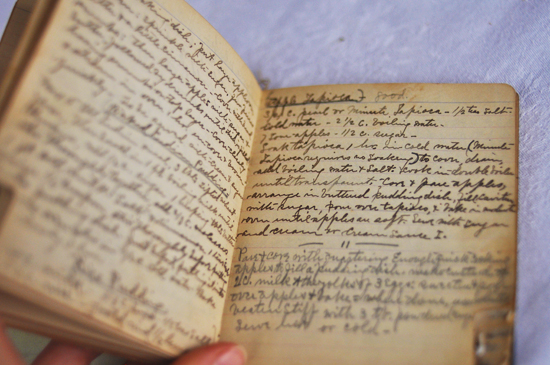 Another recipe for Tapioca. I like how she wrote “good” next to it. Her seal of approval. 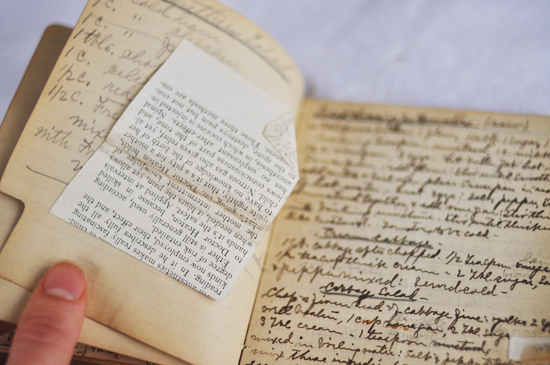 Cabbage Salad. And then another article she’s pasted to a page… 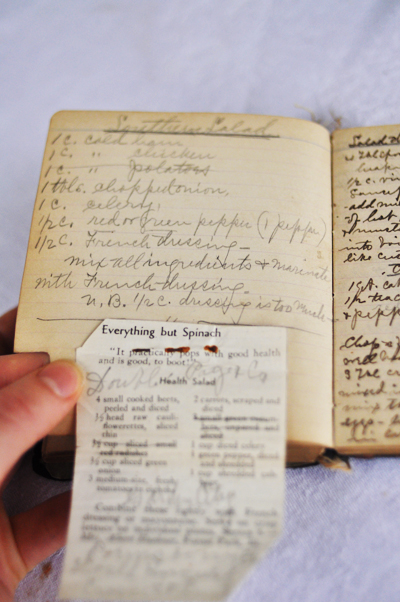 …”Everything but Spinach.” What a great name for a recipe. “It practically pops with good health and is good, to boot.” 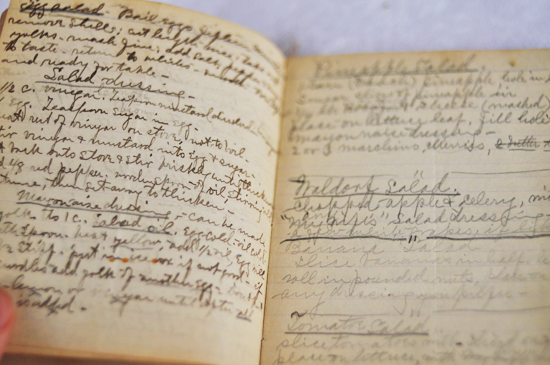 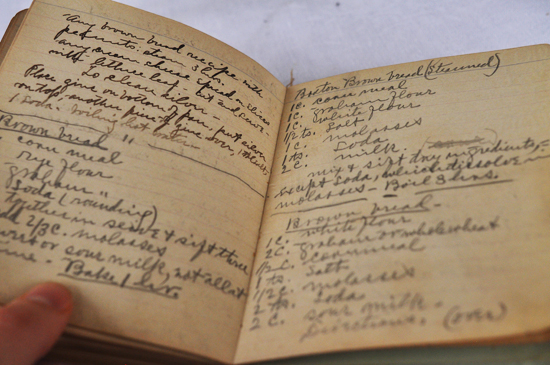 Three more Brown Bread recipes! I guess they weren’t into the low-carb craze back then. 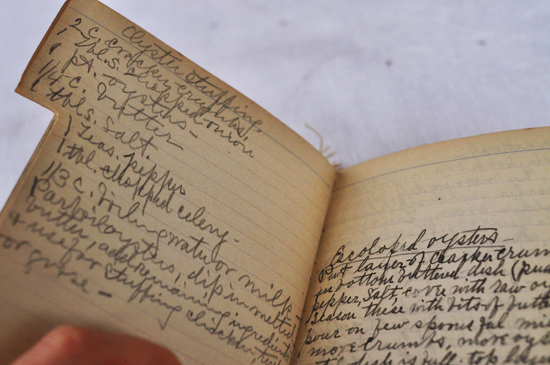 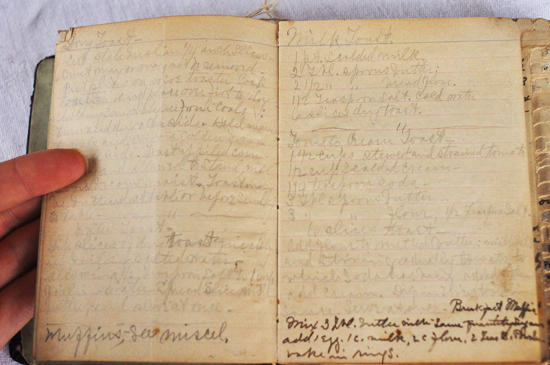 Milk Toast! It’s not just a word to describe a bland person, it is in fact a recipe which includes “scalded milk.” And if she was feeling fancy, she had Tomato Cream Toast.

Have you ever come upon family treasures like this before? It is like stumbling upon a bit of a time capsule, don’t you think?

I’m going to make some of these for you and we’ll see how they turn out… over 100 years later.