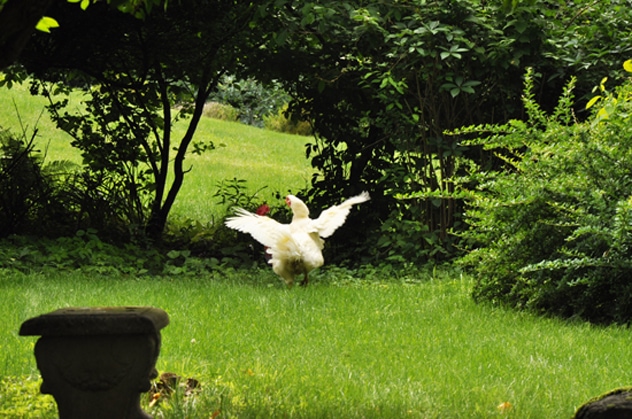 I had a nice post about pudding that I was about to share with you today. But I need to vent. So I hope you’ll indulge me. The pudding will have to wait until Monday.

I hate coyotes. They offer nothing and take everything.

On the plane ride two days ago I was watching a news story about how they are becoming so aggressive that they are coming into people’s yards in broad daylight.

Well, I just found out this morning that they took Lucy. 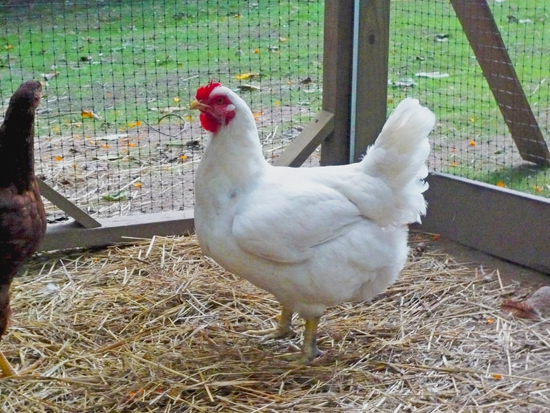 I understand that there is a natural food web — those predator-prey relationships between species that transfers energy from one organism to the next. But what a horrible waste. Who preys on coyotes? No one anymore. Until now. (That’s me being mad).

She was was the lone white chicken, since as you found out yesterday, Loretta is now Lorenzo.

She laid lots of double yolked eggs and was generally a very fat chicken, who wobbled around. She was not very fast. Which in the end perhaps lead to her demise. 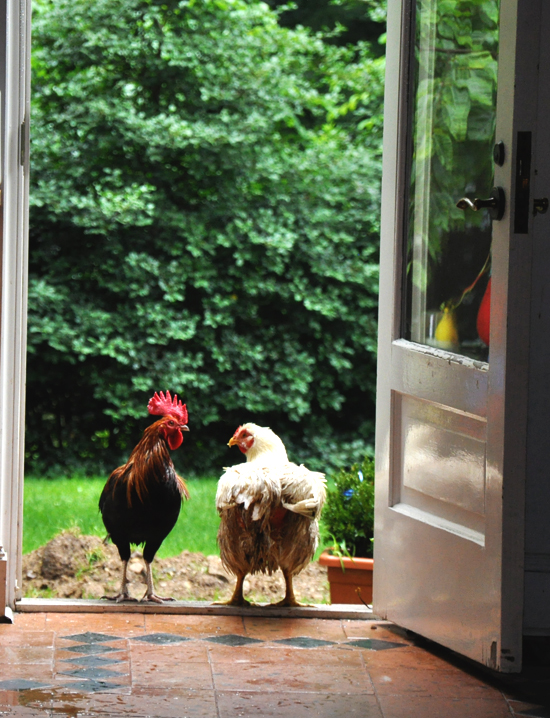 She had a love-affair with Buster, the mentally ill rooster. I supposed they are both in bird heaven together now. 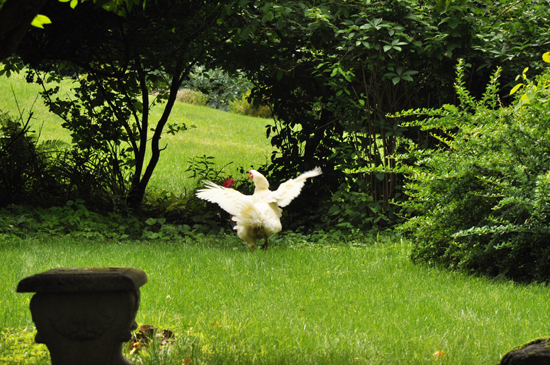 You will be missed Lucy.

Watch out coyotes. You’re all dead meat. I’m writing a mincemeat coyote pie recipe as we speak. And polishing my rifle.