I recently got the news that I shouldn’t drink much alcohol. You see, it makes me rather red faced. 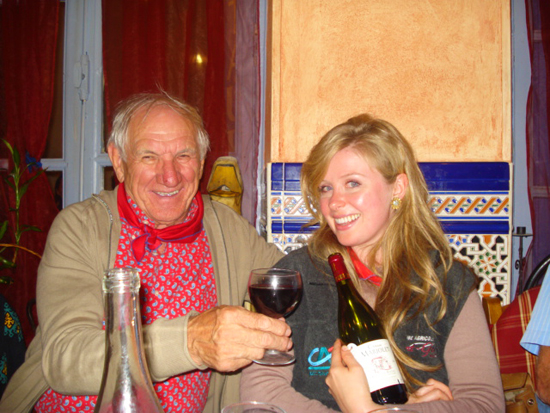 This was me and my boyfriend Francoise in Arles, France after the September “Feria du Riz.”

Okay, he wasn’t my boyfriend. He was just a jolly French man who wanted to teach an American girl about Pastis.

But like I was saying, the Feria du Riz, is the rice festival every September, where bulls are let loose in the cobble stone streets for throngs of boys to chase, while everyone watches with glee.

It’s a strange scene, really… it’s usually a young confused bull who hasn’t gone through this ritual before and thus looks and acts hysterical.

This is how the locals get their kicks over there. To each his own.

They also have a bull fight in the big Roman arena, which is such an event it might as well be a U2 concert. And they give out nifty red scarves, which match my face in this photo.

Everyone eats around big tables in the town square, all of the restaurants are overflowing until late into the night. Impromptu bars are set up on the street so that people can have their fill of Pastis for a lifetime.

These are the occasions where I have to weigh whether the fun outweighs the red face. This is an occasion where it probably does. Except that I also get rather sleepy. 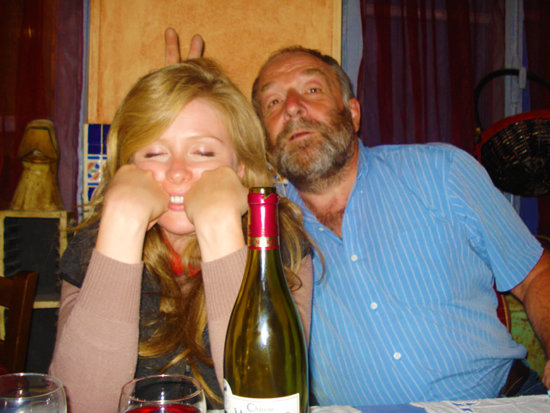 Let’s face it, I’m a ninety year old in the wrong body.

But today, my lovely readers, I shall blush pink. For today is one of those occasions.

Today, I turn one year older.

Now excuse me while I go dust off the bottle opener.