In honor of spring, there was a hurricane at Tulipwood. 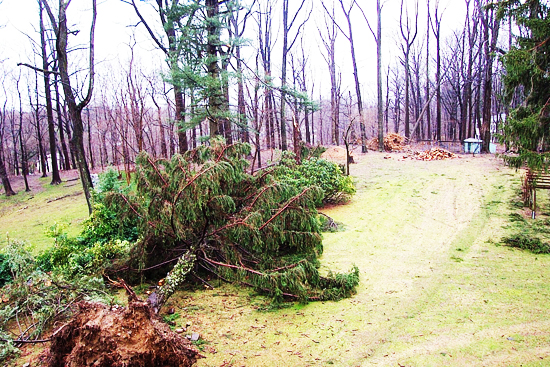 This one was outside the kitchen door. It was extremely tall.

It was one of the reasons we scrapped the whole idea of building an arbor of grapes because it was blocking the sun.

Now there is homemade wine in my future. I shall blush pink much more often. 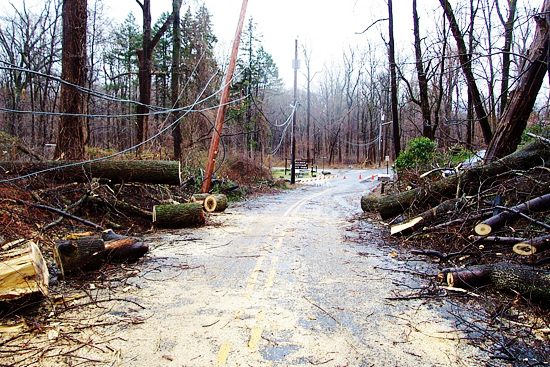 Sawdust on the road.

This road hasn’t been open much lately.

There is the entrance to the state park but no one has been able to get to it. 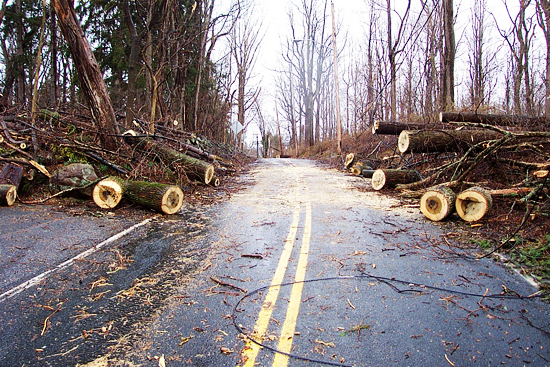 Also, most people have been without power. Grandma P. was without power for quite a few days. She decided though that she’d rather stay at home and work on her pioneer skills than leave her house. When she finally had her power back she wrote:

“I’ve just emerged from 4 days without power after that week-end wind storm. I was left with an empty refrigerator except for (magically) the exact ingredients for this soda bread recipe. What I missed most was not being able to cook; so much in the fridge and pantry but no power in my electric kitchen. I invented barricades for the windows that kept blowing open; three cats for bed-warmers; batteries for radio and flash-lights. Mother Nature came to my rescue on Monday and Tuesday with beautiful sun-light and warm air.” 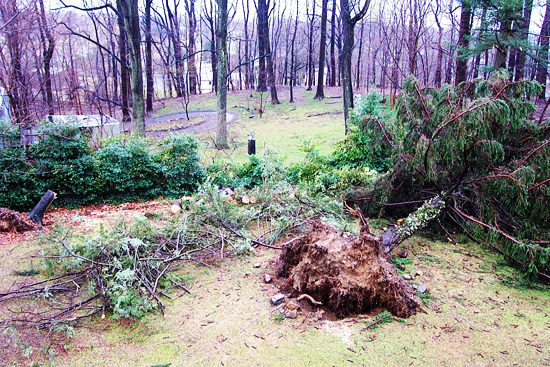 The bit of silver lining in this whole thing is that the trees came up by the roots. It’s a real pain to try to get tree roots out of the ground. And expensive. You have to treat them with nitrogen and water so they rot at a faster pace than they would naturally, or pay someone to grind them out.

No stumps this time though — rawk. 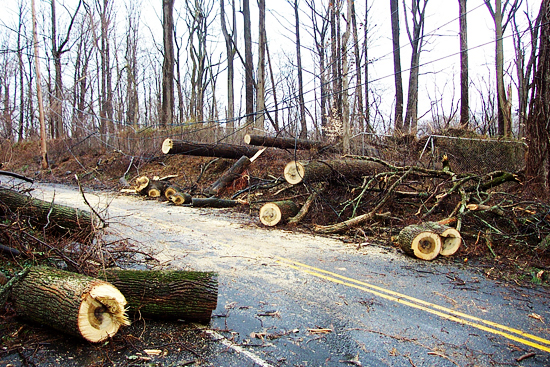 There’s a funny bit as well. My mother mourned the loss of the trees. She said she “felt bad” for them.

Is it possible I was adopted?

It is interesting that two people who “live off the land” so to speak, can have a very different take on the circle of life, don’t ya think? 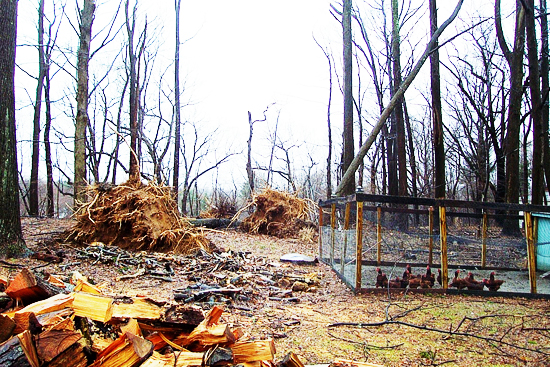 The chickens have enjoyed all the action. The really have. Their netting above the coop is torn which is even more thrilling for the guinea hens because they can get out and roam about freely.

The chickens have eyed them jealously and have been giving them the cold shoulder ever since. There’s a clash of civilizations going on right now in their cedar house.

The only problem that remains in my mind is — how on earth are we going to chop all of this firewood? I think it will last until I am 60.

So, if you own a splitter or an axe or are very brawny, you are cordially invited to the Tulipwood Wood Cutting Party.

Lorenzo the transexual rooster will greet you with open wings and will be happy to wake you up with his bizarre crow at 2:45am. Food will be served–maybe even some of Grandma P’s pudding.

Muscles for pudding–a fair trade off in my paradigm. Because I really love pudding.