I was invited to go clamming at Lawson’s Landing near Tamales Bay last week, and seeing as my life’s possessions are strewn between two coasts, this meant a trip to the hardware store late on a Sunday evening, where I got lost in the aisles and decided that I liked it, and that this was something I would do more often.

See? I’m working on no longer being a hermit. 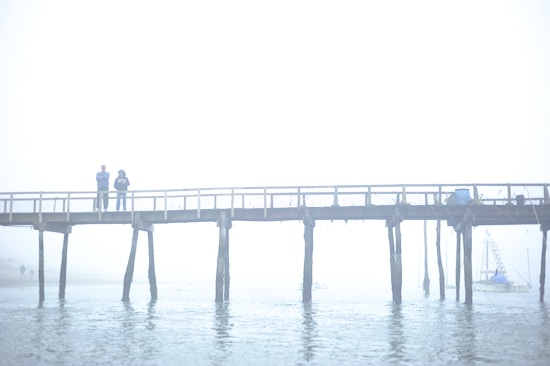 The drive to Lawson’s Landing was really beautiful, full of winding roads, and pastures, and cows. I have a soft spot for cows. 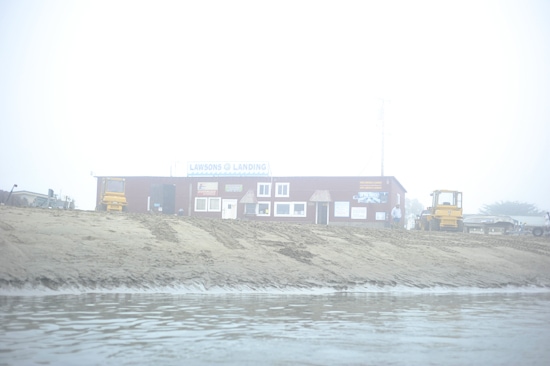 This is Lawson’s Landing where the boats take off. 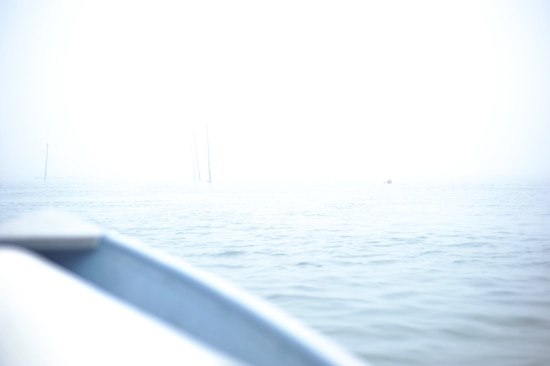 This was the morning fog when I arrived. You can’t even see the island that is protruding through the water during the low tide. 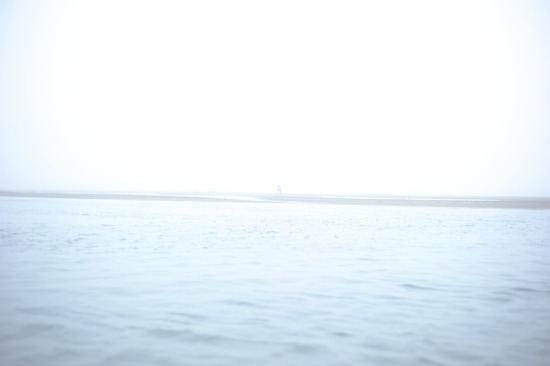 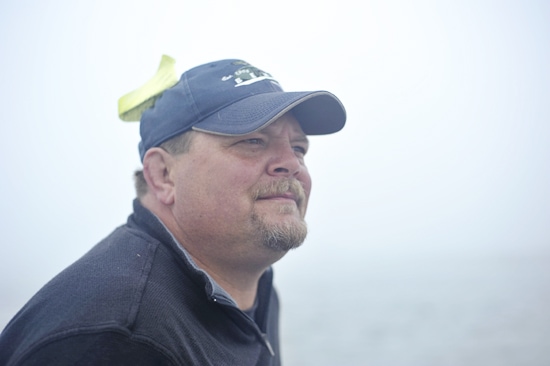 Here’s Alan! Driving the boat to the island with his license tied to his head.

As you’ll recall, he’s the one I went turkey hunting with in Sonoma a few weeks ago, which resulted in a 9 am vineyard picnic. My kind of turkey hunting. Especially when there’s homemade olives at the picnic. The man brines olives. I too shall brine olives soon. Let this be my declaration to the world.

Is this thing on? 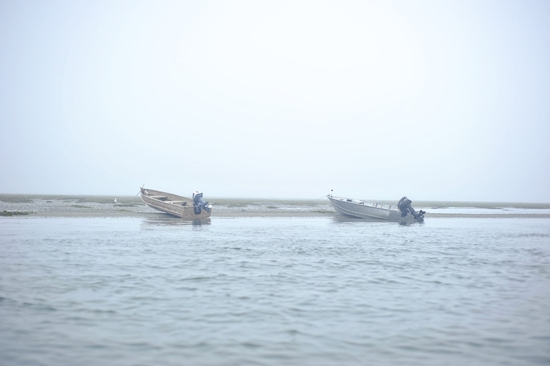 And this is the little island that appears only during low tide, for just enough time to fill your bucket with clams and get the heck out before you have to start swimming. 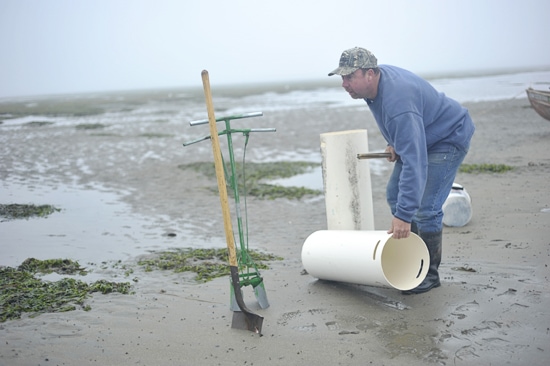 Here is the equipment we used — we = Me, Alan, and a bunch of his friends from Wyoming who had brought their campers out west. And because they were from Wyoming we talked a lot about Elk hunting. That perked me up a bit.

Our equipment included cut PCB pipe, a double sided shovel, another shovel and a dowel. And a bucket for the clams.

And then it went something like this–consider this your “how to shovel a clam out of the sand” guide: 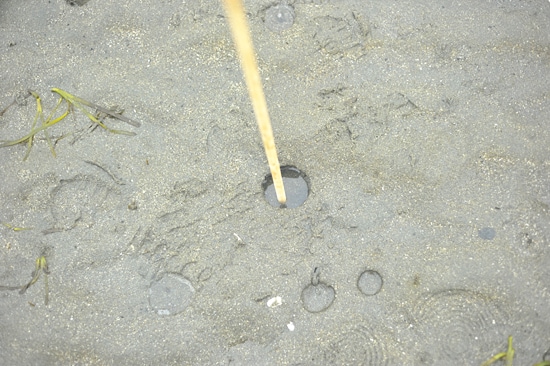 See all of the little circular water pockets? That means there is a horseneck clam in there. Horseneck clams are strange looking creatures… they are not charming and small like the ones you use for clams casino. NO. They are not. You’ll see what I mean in a minute…

You drop your dowel into the indent and see if it drops far down. The further it drops, the larger the clam is. That’s because the clam retracts its neck when it feels the pressure from the dowel and takes the sand with it. So the further down it goes, the more space the neck was taking up before it retracted.

Does that make any sense at all? 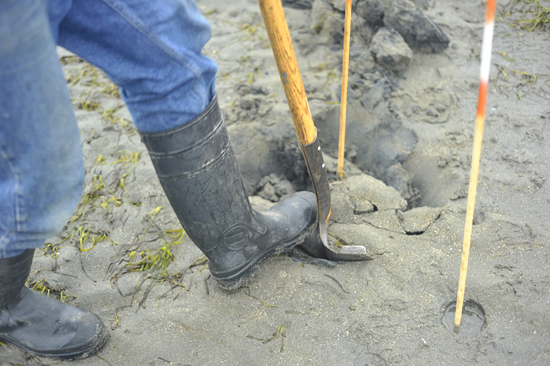 You start by digging around the dowel. 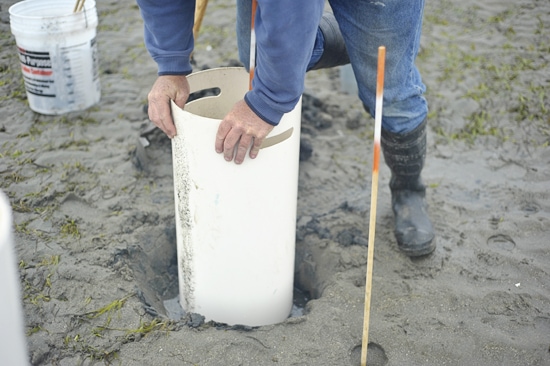 Then you drop your PCB pipe over it to preserve your hole and prevent any water and sand from falling back in while you dig. 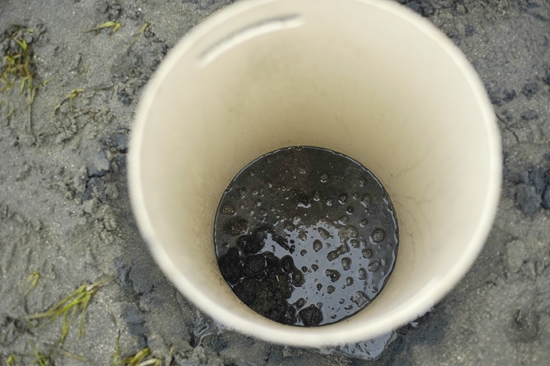 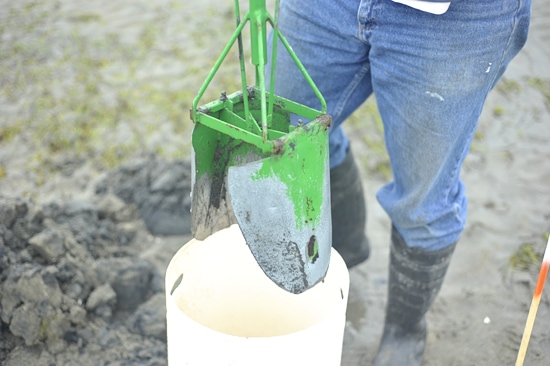 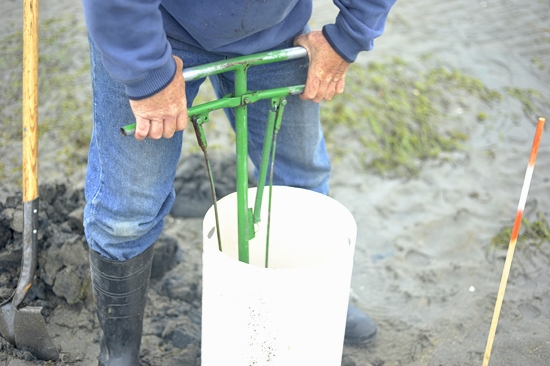 You squeeze a bit of sand with the handles… 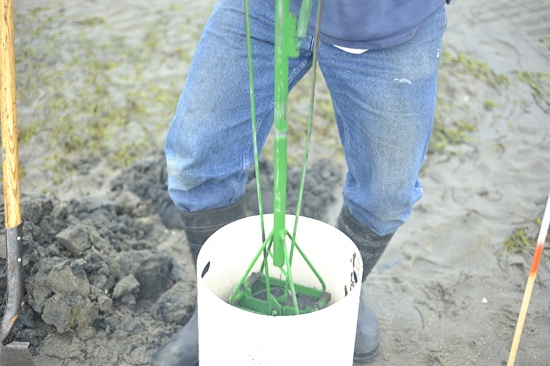 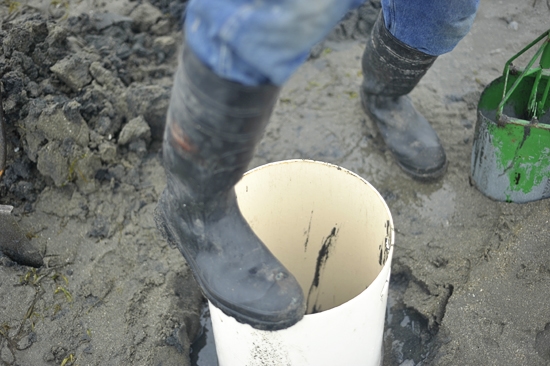 Then you push the pipe down further. 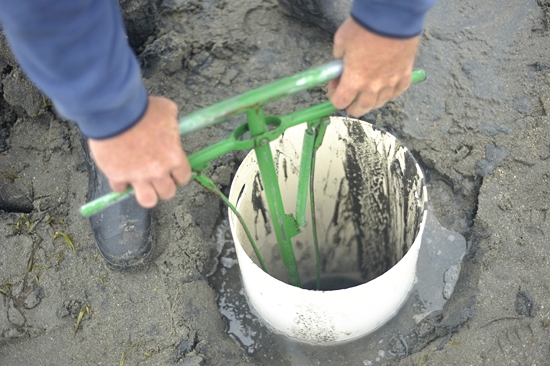 This is when it gets easier. At least for me. I’m not quite tall enough for this activity in the beginning stages so I get arm fatigue to go along with my eyelid fatigue. 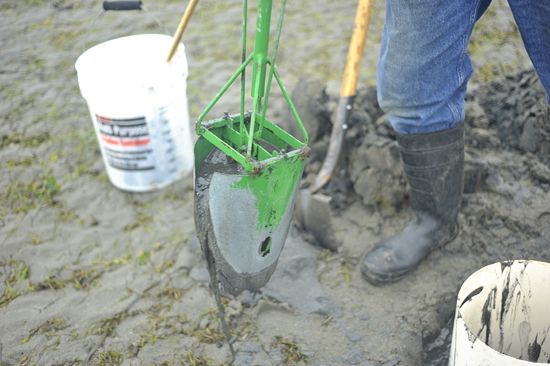 Though I find that once you get warmed up, it actually gets easier. 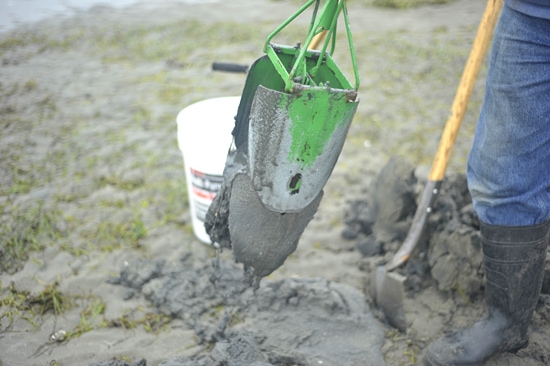 A lot of sand comes out of this hole. It’s nice ab workout. Feel free to eat a cheeseburger before you go clamming, you’ll burn it off stat. 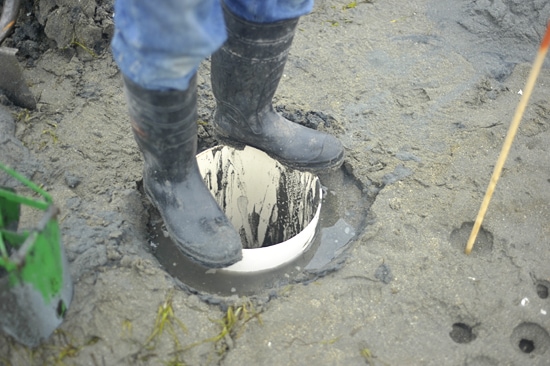 Then you keep standing on the pipe and begin very carefully taking out a little less sand so you don’t cut the clam or lose it in a blob of sand that you’re discarding. 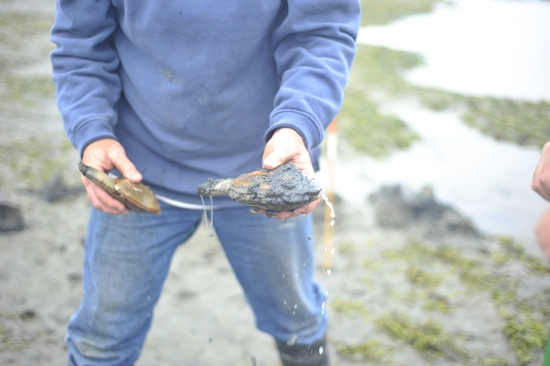 Out they come! Sometimes a smaller one will be on top of a larger one and you’ll get two or three per hole. That’s ideal, to get the most reward for your back breaking invigorating labor. 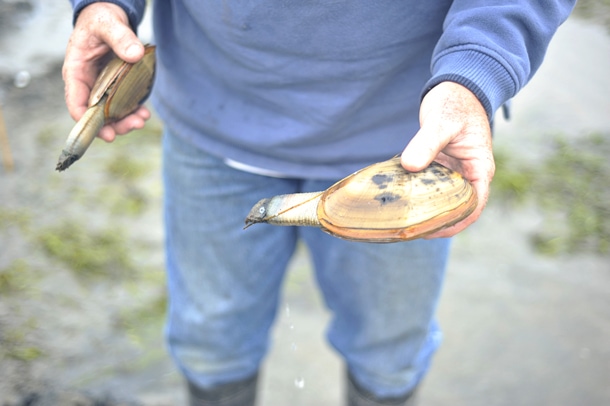 And here is the very strange, yet delicious horseneck clam, also known as the Gaper or Empire Clam.

More scenes and recipes to come!