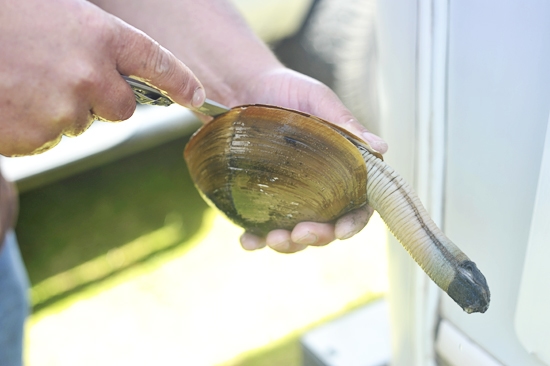 When preparing your clams for dinner, it is best to let them soak in a bucket of water over night so that they “relax.” This will make it easier to clean them. It will also take out a lot of the sand. 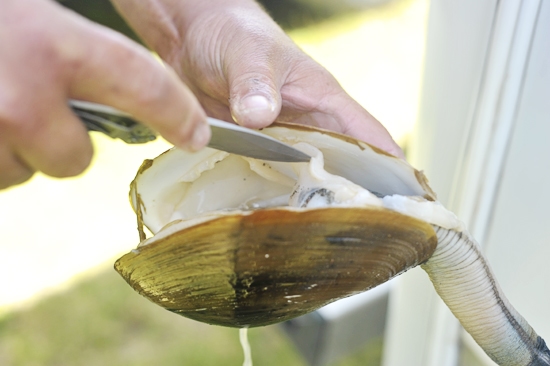 Then you shuck. You pry open the shell with a shucking knife and take a look inside. 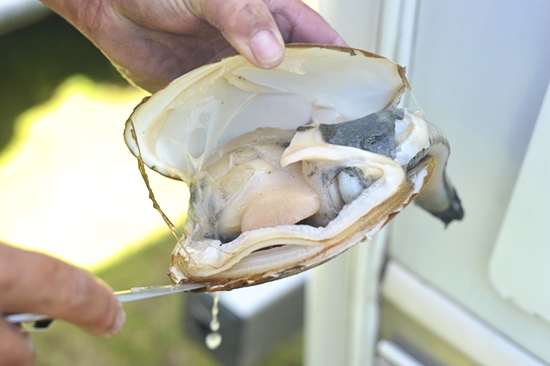 The string on the outer rim of the shell is the lip. That’s delicious and you want to save that. 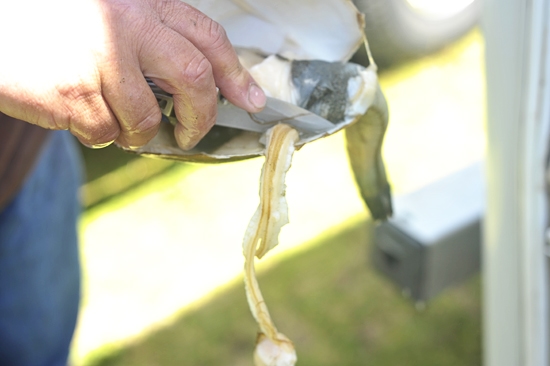 Just cut it right off and set it aside. 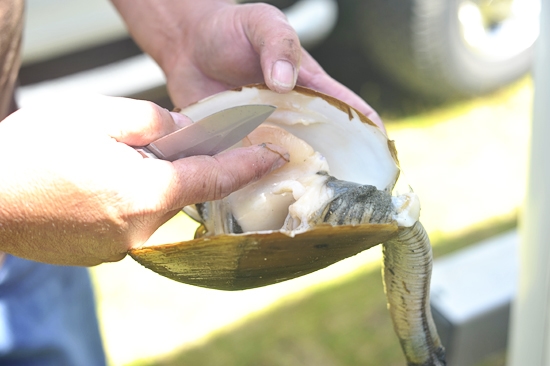 Then this triangular muscle is the “digger,” which you want to save also. Perfect in clam chowder. 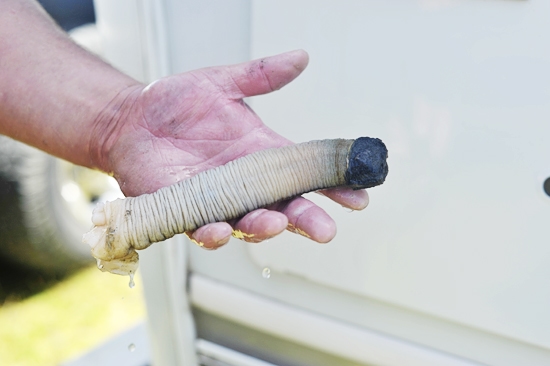 Then this. The neck. You want to cut it off. 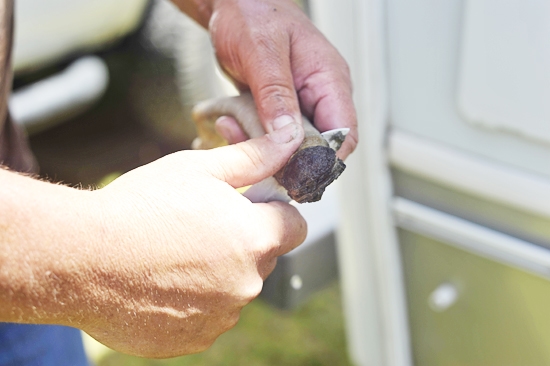 Then cut the black tip off. 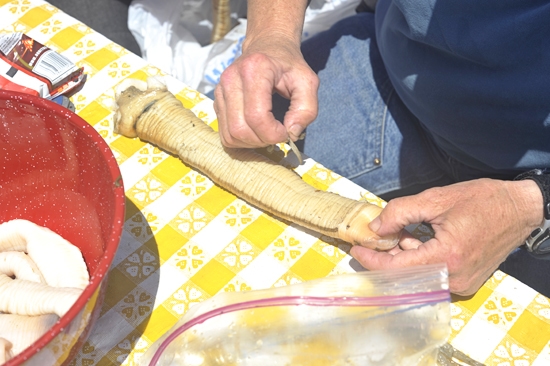 Then you take the skin off. 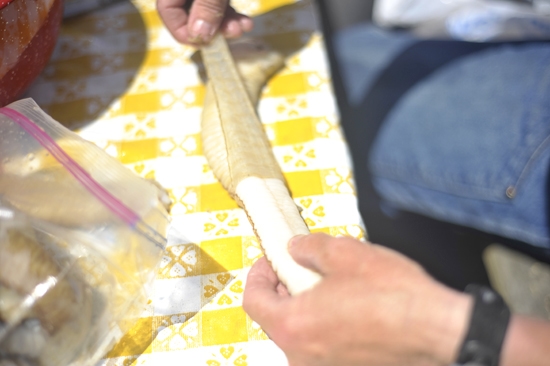 Start from one end and peel it back in one strip if you can. It comes off quite easily, especially if the necks have “relaxed.” 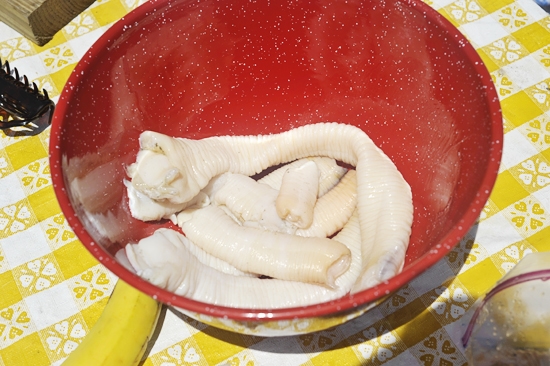 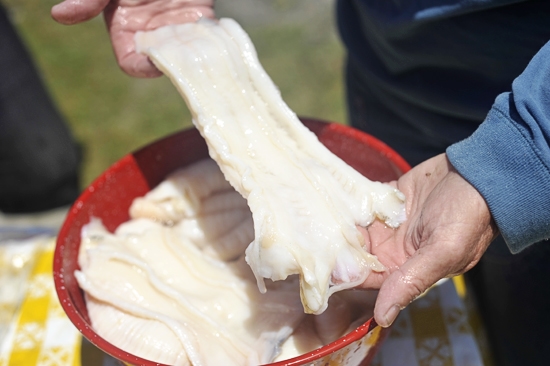 You slip a knife or your finger along the inside of one tube and it will open up. Then do the same for the other tube until you have a nice rectangular steak. We can go over this a bit more tomorrow when I post a recipe. But it’s very easy you’ll see. 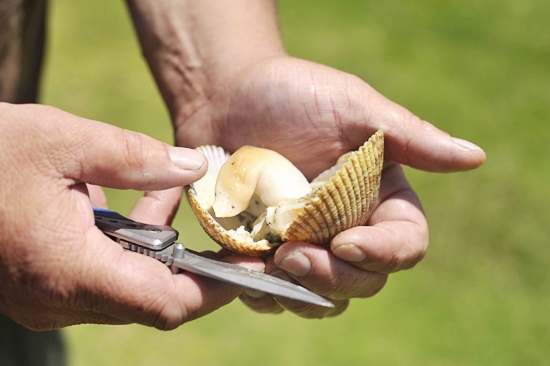 And remember how we found pregnant shrimp and wise crabs and sand dollars on the island? Well this is a scallop we found. 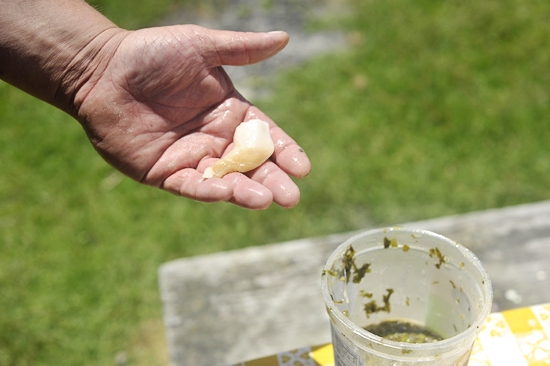 Alan popped it open and dropped it in some Hogwash and had a little scallop ceviche. Because it was the right thing to do.