I’m in New York this week to visit Grandma P. who is in the hospital, as you’ve probably gathered by now.

In the past 48 hours, I’ve spent a good amount of time cleaning out her house, in addition to making her tofu pudding because she won’t eat the hospital food. I’ve also had a few adventures, and made some discoveries. For example, I found a book on making wine at home, everything from flower wine, to fruit wine, to wine wine. I plan to make a lot of wine from now on. Out of roses and dandelions and such.

Watch out. Especially if you come over to my house and I offer you a beverage in an unmarked container. 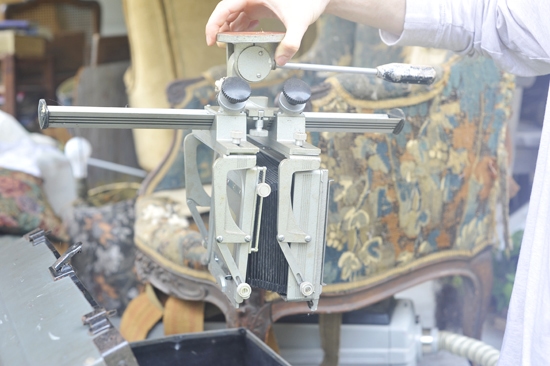 My brother and I also discovered this, while looking through Grandma P.’s photography work from back in the day. She did covers for Vogue, among many other things, and traveled around the world. You can see a tiny bit of her work here and here and here if you’d like.

This is some kind of old film camera… with a tripod of sorts attached.

This is the box it sits in. You can faintly see the logo of her last name still on it. 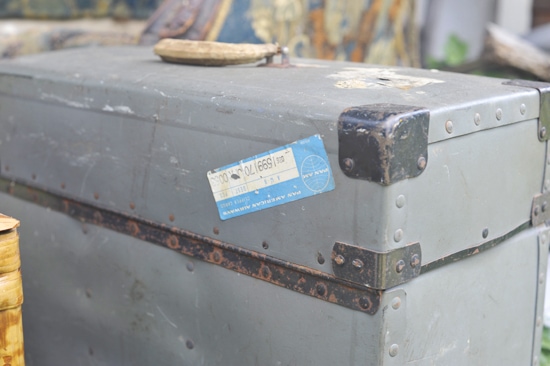 That blue and white sticker is an old Pan American Airlines tag from when she checked her luggage.

It has cool buckles also.

We put it back where we found it. In case anyone is asking. 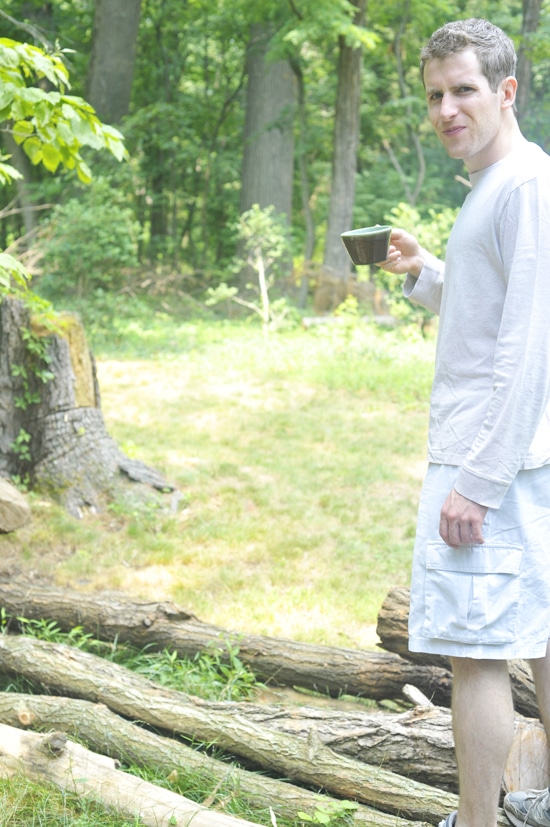 For those of you who followed me on twitter last summer, you may recall murmurings of a grape arbor my little bro and I have been wanting to build. Well the colossal snow storm, followed by the colossal wind storm, which left a colossal, lifetime’s supply of firewood, also left some perfect posts for our grape arbor project. Little G has been collecting them.

He showed them to me over his morning coffee. 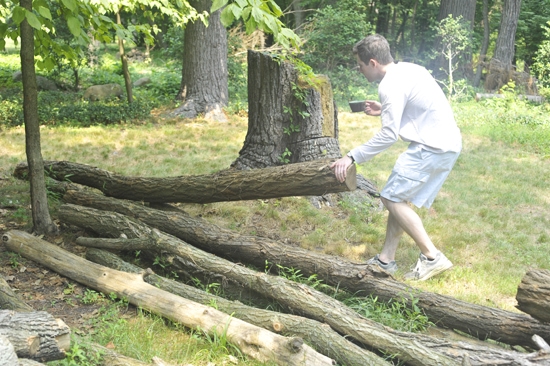 He also showed off his strength and made feel like I should lift a weight.

But for real, look at these great beams! We’ll have a grape arbor in no time, and no thanks to me. 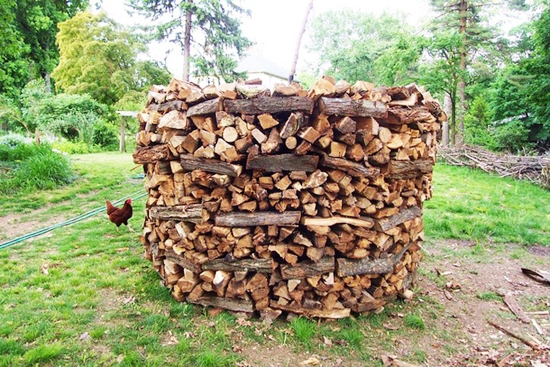 Speaking of showing off, check out his Holz Hausen! It’s a special German way of stacking wood so that it dries quickly. There is a lot of wood to dry from the game of dominoes all the trees played a few months ago. 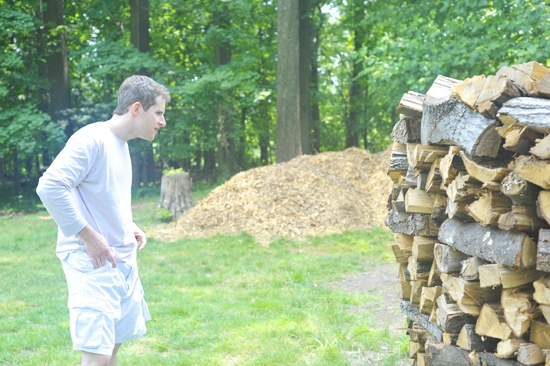 He’s inspecting his work. Concerned that it is shifting. Oh, and also… 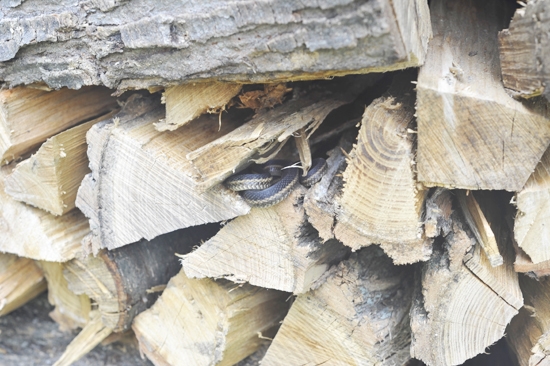 Said snake shed its skin right in front of me a few hours later. And left it poolside while it wandered off.

But I don’t want to talk about it. 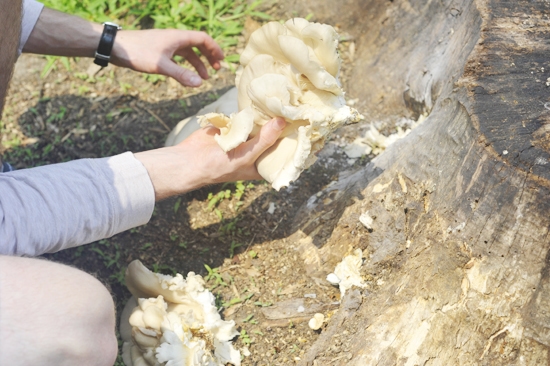 Then we found some oyster mushrooms for dinner. 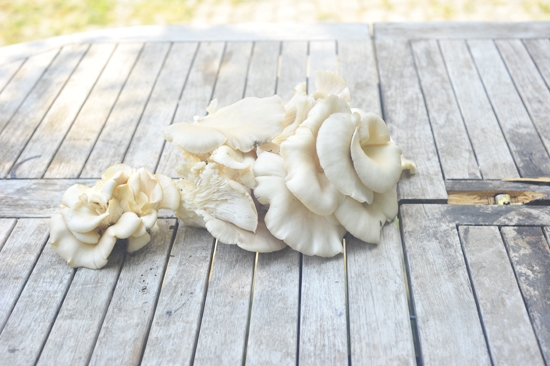 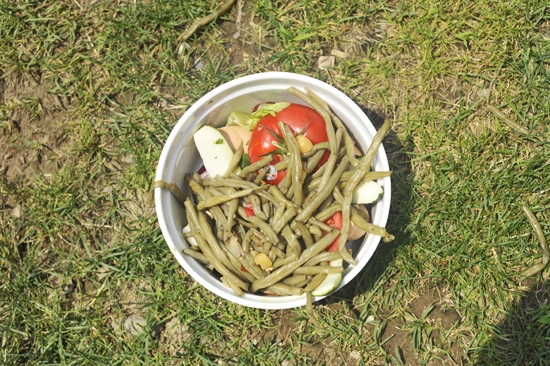 Also, this is the bowl of string beans that the chickens were fighting over today. I mentioned it on twitter if you follow me and wonder what on earth I was talking about. I’m not sure that it looks delicious, but they felt strongly that it was. 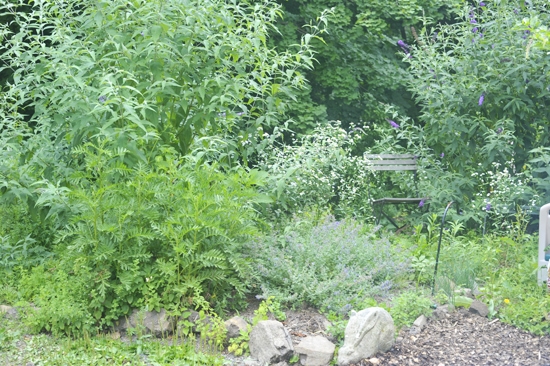 Yesterday at the hospital, Grandma P., who really can’t say much at all, said, “What about my herbs?”

Remember when she and I took a field trip together a little while ago and bought some things from the largest Herb plant grower in the country? Well, she still hadn’t planted them.

So I told her I would plant them. The problem is, her herb garden has gotten overgrown in the last few weeks. So this was the before… and… 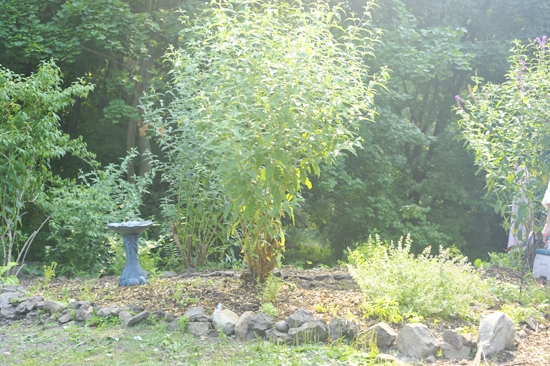 …this was the after! It’s hard to tell, but there are lots of herbs in there. Creeping thyme, pineapple mint, sweet woodruff, basil, oregano, sorrel, a rogue tomato plant, catnip for the cats, butterfly bushes for the butterflies, and on and on… 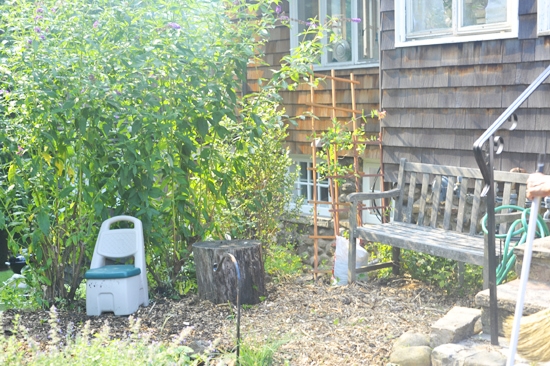 There’s also a nice sitting area and a bird bath. 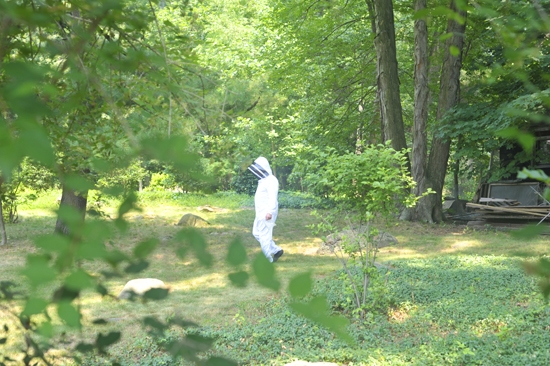 And then out of nowhere, this strange creature came barreling through the woods.