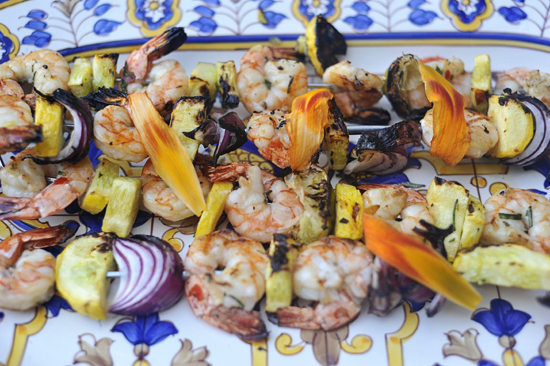 When I was a line cook at a restaurant in the Hudson Valley long ago, I used to pick daylilies right before dinner service.

It was my favorite thing to do.

Not because I’m a girl and I like picking flowers…but because it was an escape from the brutal kitchen. An excuse to leave and experience a few minutes of fresh air and quiet woods.

I especially liked running out of them during service because I would go from a room of screaming banshees into the dead silence of the woods at dusk. Except for a pig named Boris that lived in the woods and snorted on occasion.

One night I slipped out during dinner service and it was almost dark and raining. I sprinted along the stone wall where high above was an ocean of Daylilies.

I plucked the petals off one by one into a metal bowl, lingering a bit too long, picking a little too slowly.

And then I sprinted back, paused at the kitchen door, took a deep breath and went back in to the roaring room. 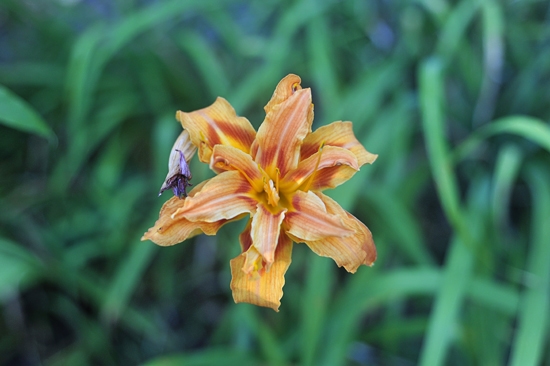 Right now I’m in the coldest city in the country. I think it’s impossible for there to be anywhere colder right now, so I’m stating that as absolute fact. I’m not used to these kinds of summers. It sets my soul off balance.

But when I was at Tulipwood it was hot and humid. The real kind of summer that reminds you of camp, and shorts, and soft serve ice cream. And with that came all kinds of flowers, including these Daylilies that my great-aunt had planted through the years. 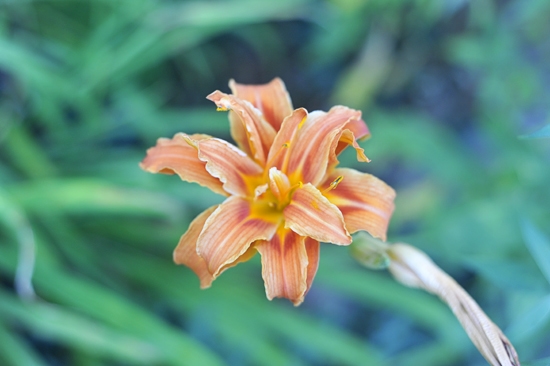 They spread like wildfire, so more and more have surfaced through the years. 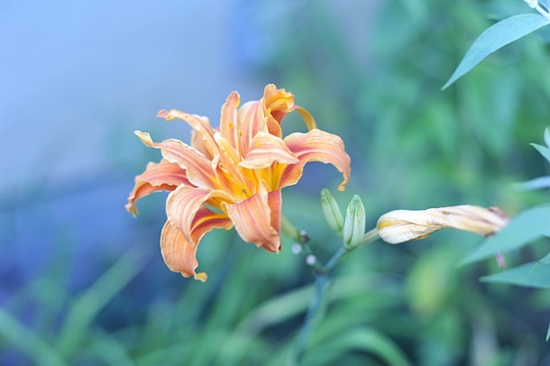 The buds are edible too, and quite tasty. 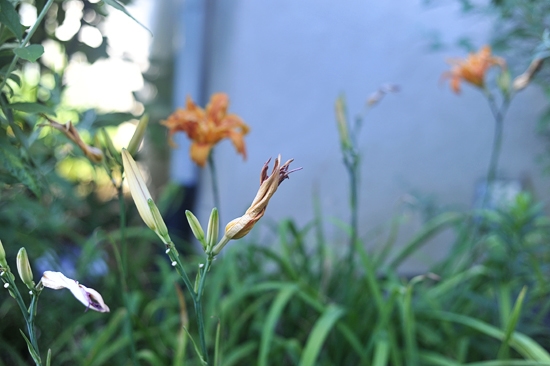 You can eat the petals raw as well as the buds, or you can saute the buds in a bit of butter.

But you could also toss them onto your shrimp kabobs like I did.

For color and festivities sake. 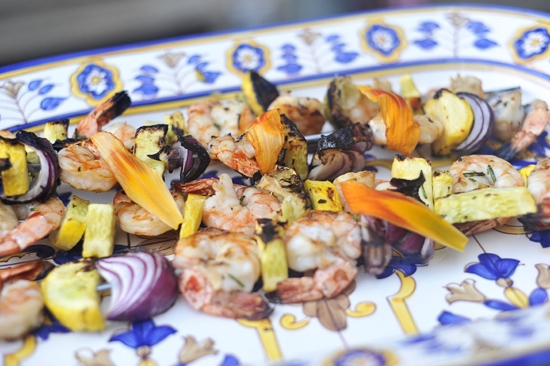 Color on a plate always makes people a little more stimulated while they eat.

Give it a try sometime!