I survived my very first book event tonight. Thanks to the generosity of Elliot Bay Books and their wonderful customers. 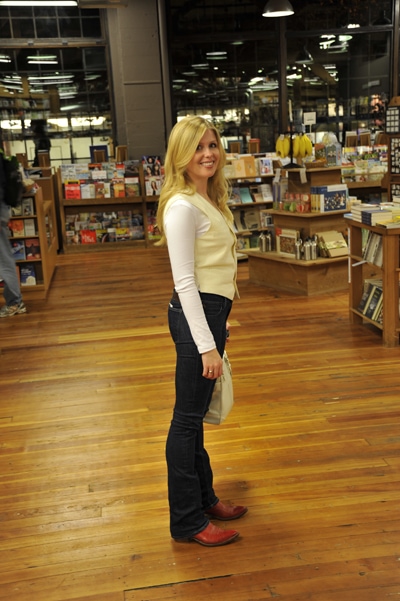 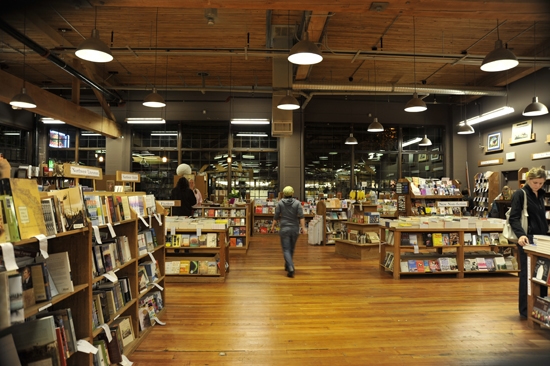 And one other thing. Elliot Bay Books is the most beautiful store. 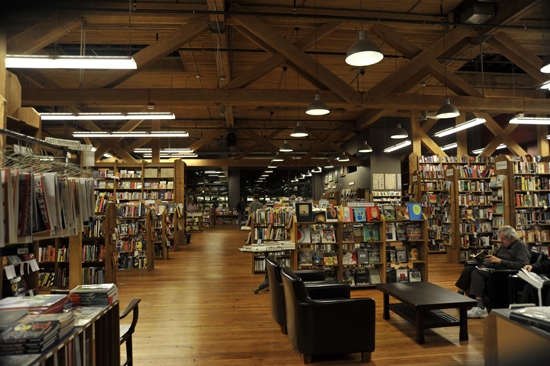 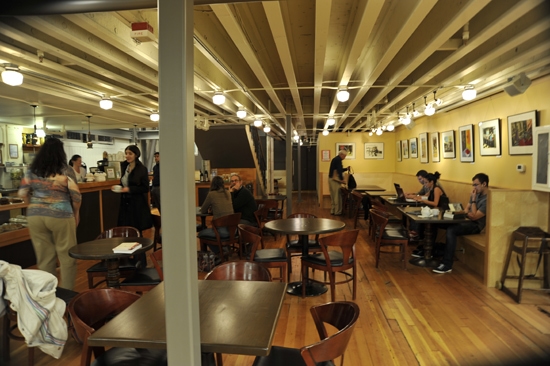 And their cafe! Their chefs actually read the book and prepared foods based on the chapters in the book.

Now is that love or what? I don’t know what else is.

And then there was this… 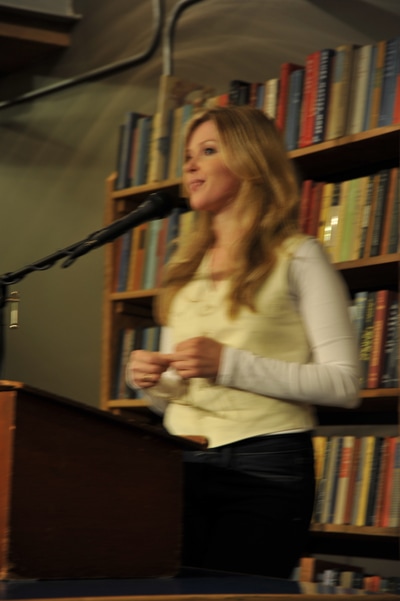 As you can see.

But that’s mostly because I forgot to turn up the ISO on my camera. 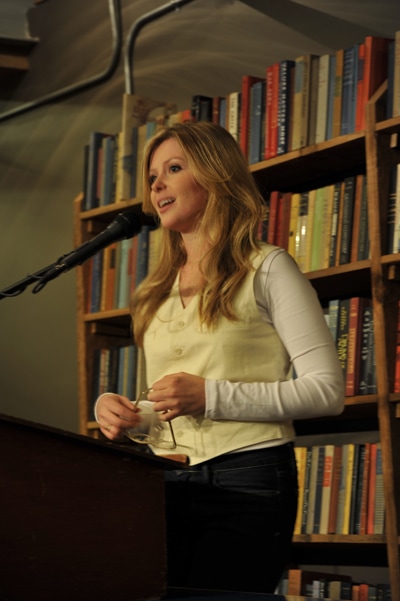 That’s a good lesson for next time.

Note to me: Turn up your ISO before book talks. Thank you.

You know what else is a good lesson for next time?

Remember writing utensils. It occurred to me as I was running out the door that I had nothing to write with.

I had never signed a book before. I’m very green. In case you haven’t picked up on that yet.

But it was fun anyhow. And we drank whiskey and talked about peaches and oysters and there was such a good vibe at this place and among the people, so thank you Elliot Bay and you lovely people who came out.

Including… a friend from high school who I hadn’t seen since we graduated on that day many years ago. It was lovely and we hugged.

And also a lovely friend from college who came on her 4 year wedding anniversary to see me. That is love. 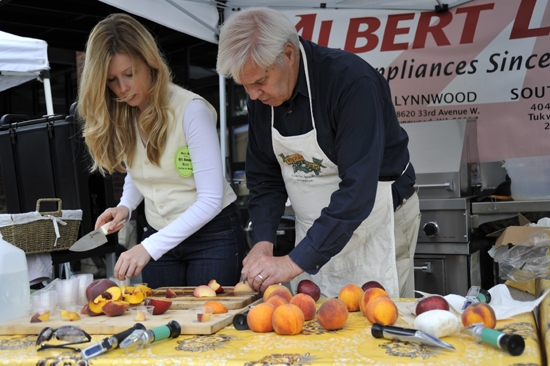 Earlier in the day (we’re working backwards here) Jon and I did a brix demo at the Queen Anne Farmers market. Actually he talked, I cut peaches and nodded. 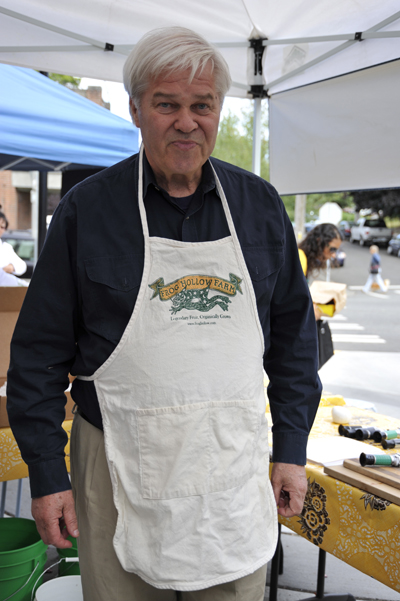 This is Jon. In full uniform. 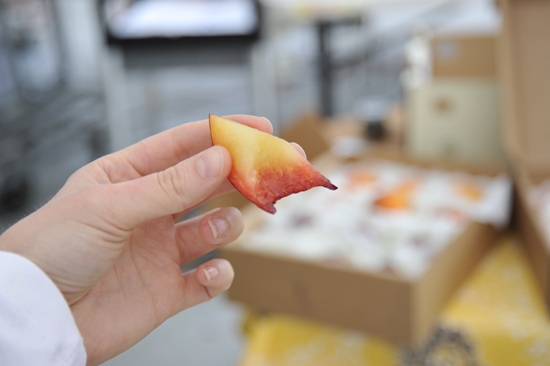 And this is a pluot grown by farmer Al of Frog Hollow Farm. This particular batch of pluots is reported to have caused Rick Bayless to have a “religious experience” at the San Francisco Ferry Building market last Saturday.

That doesn’t surprise me… the brix were a 25! Spectacular really. 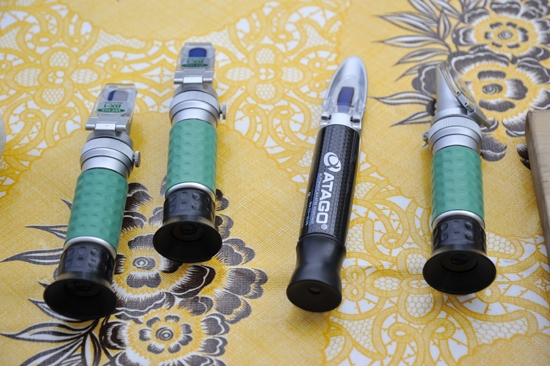 Who knows what these are? Jon calls them a “truth machine.”

But their birth name is “refractometer.”

They measure brix in fruit, which is a measure of sucrose concentration. They tell you how “successful” a piece of fruit really is before you even taste. 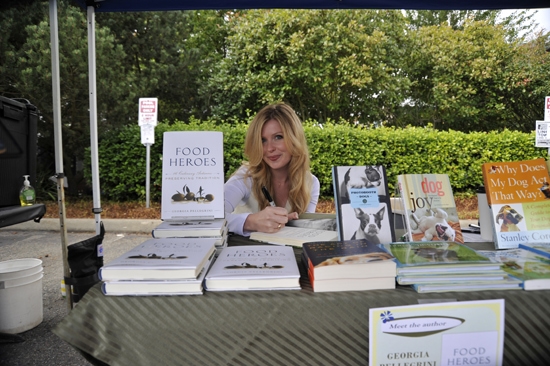 Queen Ann Books was the place where I signed my very first book ever. Ever, ever. The owner was excited and she took a photo. I was excited too. 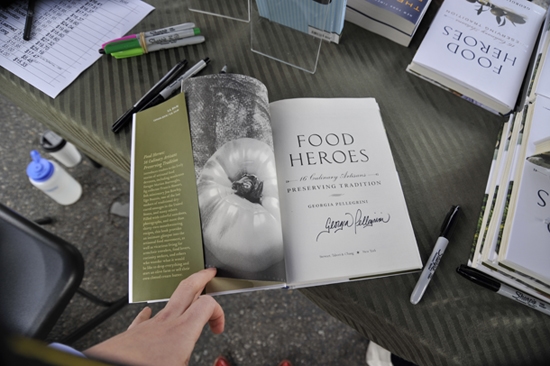 This is the very first book I ever signed. Ever, ever.

Can you tell I’m a dork? In case that hasn’t shone through this past year. Now you know.