There’s an old gnarled apple tree hovering over the well at Tulipwood. My great-grandfather built the well and he probably planted the apple tree too.

It is a very moody apple tree. Some years it is full of low and high hanging fruit and my brother and I shake it and throw sticks at the branches until we get the nicest rosy fruits on the top and the wormy bits on the ground too.

And other years is doesn’t produce much at all. As if it just doesn’t feel like it… as if it’s decided to take the year off.

But it always returns a year or two later with fruit. No matter how many years we attached a zip line to it in order to jump into the pool.

My great aunt Gray used to keep all the apples, even the ones with worm holes. She didn’t mind a little cooked worm in her apple sauce. It was protein after all. That was aunt Gray though. She was very Puritan in her approach. You can read about her in the very first paragraph of Food Heroes if you’d like.

But I’m not spending as much time at Tulipwood these days or on the East Coast for that matter, and so I’m missing out on those magic weeks when apple picking season is at its peak, when the fall leaves turn and the apples are crisp and sweet and cold.

Someone told me last week that Berkeley is one of only climates in the world that can produce both apples and oranges.

And so I went apple picking in the area. A bit further north, with an old college friend. We were re-living our New England days… or at least trying to.

And this was the result: 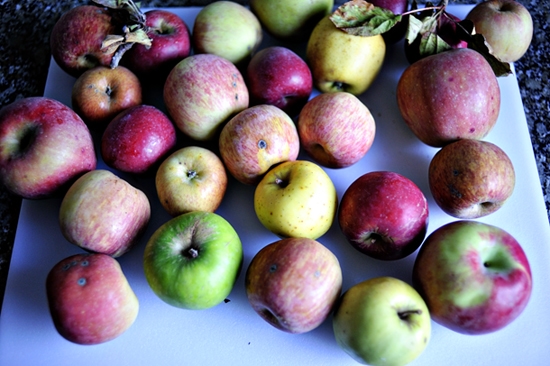 A melange of heirloom apples from an organic orchard… with requisite wormy bits.

Except these were warm. Biting into them at the orchard was almost like biting into a pie. It was 104 degrees that day.

And so my soul didn’t feel quite at ease. Apple picking is supposed to be done with a scarf on, isn’t it? 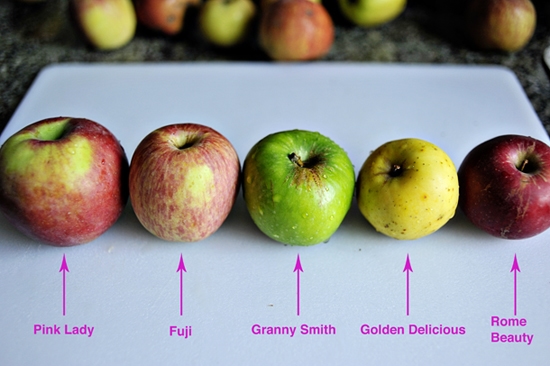 When I spent time with Jon Rowley up in Seattle in order to write about him, I spent some time with him and his wife making pie. They spent many years perfecting the perfect apple pie and the key they found was in many varieties of fruit in a single pie. Heirlooms were ideal too. And in some cases, well-aged apples tasted even better than fresh ones.

What you want to stay away from are too many apples that become mushy when cooked–like McIntosh and Cortland. A few are okay, just not a whole pie full of ’em.

You’ll want to start off with 1 recipe for Pie Crust.

I’ve had many crust and lard musings before. I’ll let you read about them at your leisure. 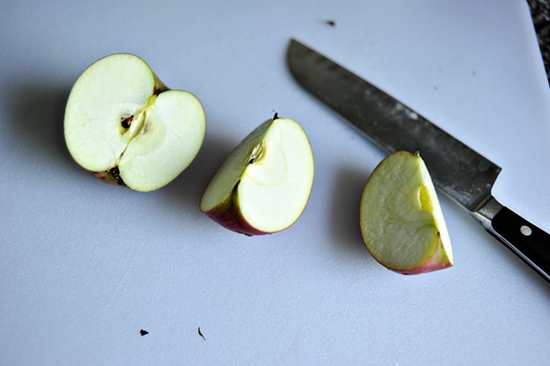 And while that’s chilling, you slice the apples.

You take the cores out but leave the skins on.

Skins on. Cores out. 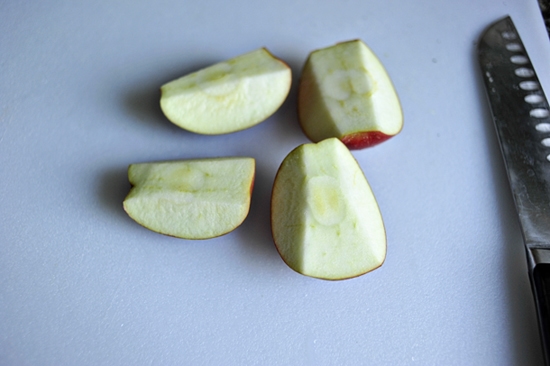 Then you’ll slice them another time or two. If the apples are very hard and a little less ripe, I might slice them a little bit more thinly. That will ensure they cook through. 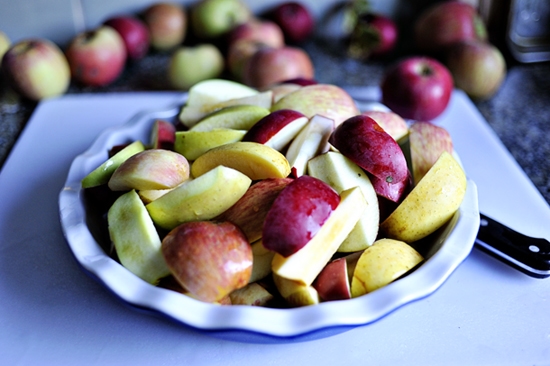 You’ll want enough apples to fit in a heaping pile in your pie dish. 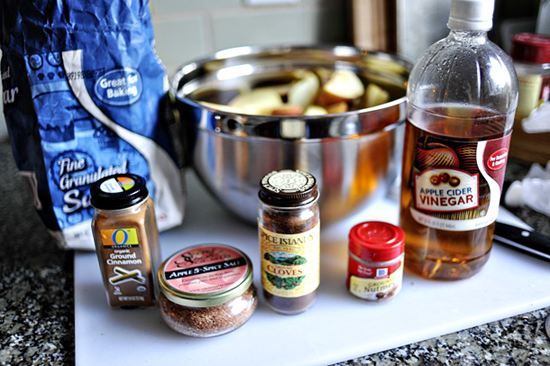 Here are some of the ingredients I use for apple pie. You can get creative here.

Cider vinegar, sugar, cinnamon, cloves, nutmeg, a bit of flour, and salt. I used this fun Apple Spice Salt that a fab girl named Janna gave me once in Seattle. Her company is called Secret Stash Salts and she makes artisan flavored salts to compliment any dish. Check ‘er out! 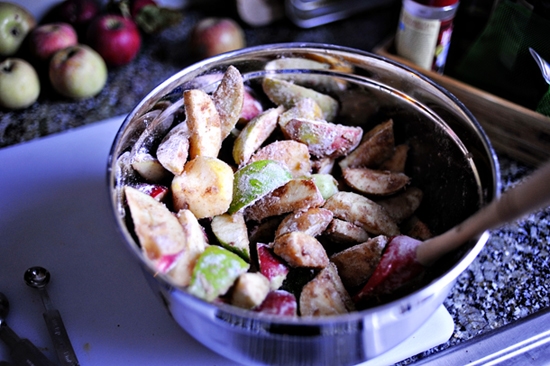 Mix all of the ingredients together in a bowl until everything is coated. Dig deep to make sure you don’t miss out on any of the loose bits on the bottom. 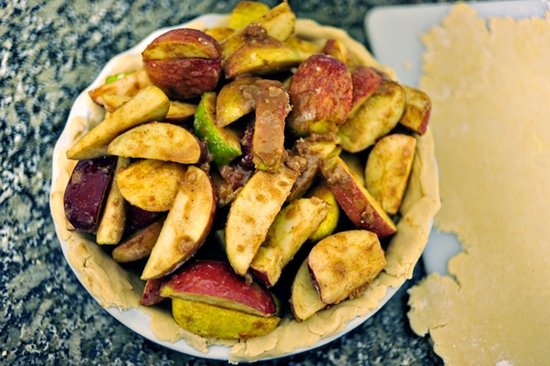 Pile the apples high in your crust.

Also, try not to be like me and take a picture before the sun goes down. Florescent lights are my enemy.

Thank you for listening. 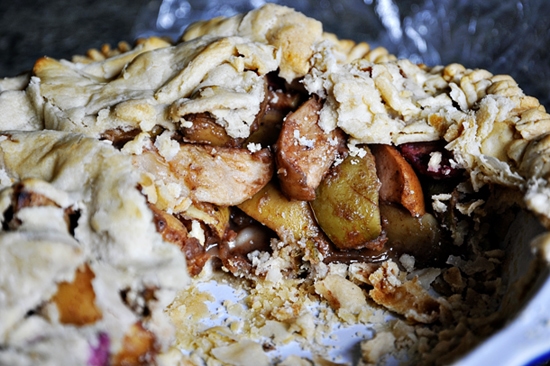 Also, my butcher gifted me a different kind of pig fat to try in my crust which is why it’s more crumbly than usual. It was an experiment he wanted me to try.

And I like to conduct experiments when my butcher requests it. Especially when he incentivizes me with free fat.

And my conclusion is to stick with leaf lard.

I’m glad we talked about this.

And there you have it. An heirloom apple pie.

Give it a try sometime! It’s the taste of fall, and all of its good smelling air, and orange leaves and warm fires.

Tell me, which food reminds you most of Fall? 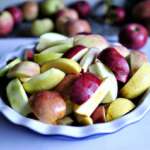