Aside from eating a lot of beignets and muffuletta in New Orleans, I also went duck hunting. I had been planning it with a friend down there since September. I had never been to New Orleans but decided it just had to be in the “Girl Hunter” book. It just had to.

And so we got up at 3:30am and went duck hunting in Bayou Terra Buff. Did I spell that right New Orleans? 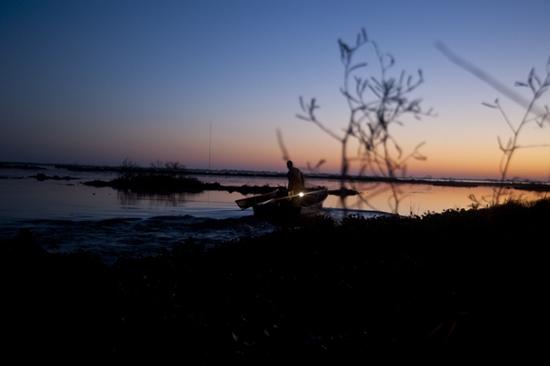 I can’t say that there were oceans of ducks. But there were a few. And I’m thankful that New Orleans was relatively warm at 3:30am. And extremely beautiful. 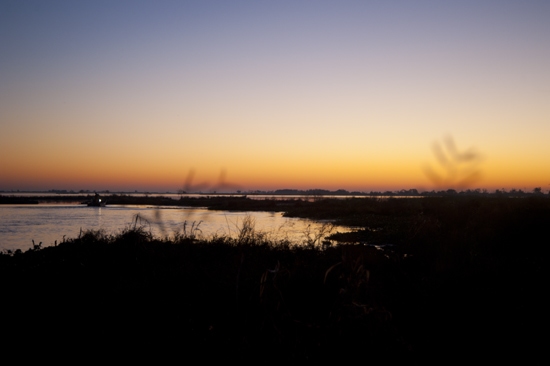 I was also still in a weird time zone, having just come from London. In fact, I’ve invented a new time zone… it’s called “The Georgia Time Zone.” I rarely know what day or time it is anymore.

I may or may not have fallen asleep in the boat at one point… say around 8am. With a hat on my face. And my feet hanging over the edge into the mud. I cannot confirm or deny it. 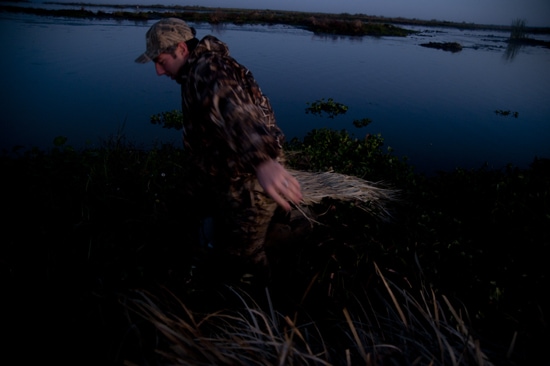 What was also spectacular is that the water was above the earth. I was at sea level and that sea level was above the city in the distance. It was all a bit like an alternate universe… water was higher than ground, the time was afternoon in my head even though it was dark, and the sky was pink and blue. 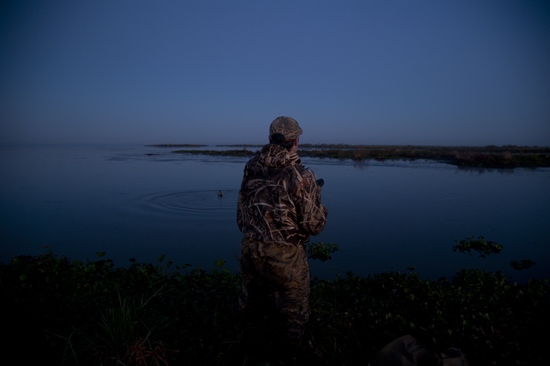 My friend started throwing decoys in the water. 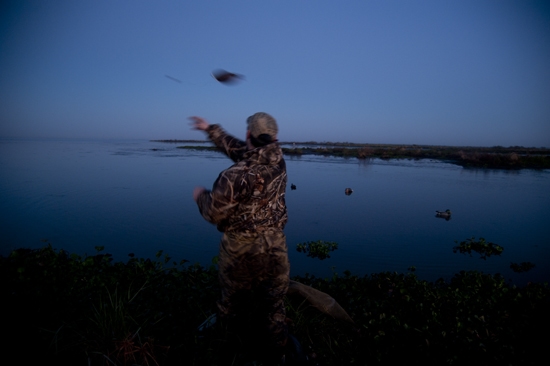 A whole lot. The idea is that it would signal to other ducks that there is food in this area. 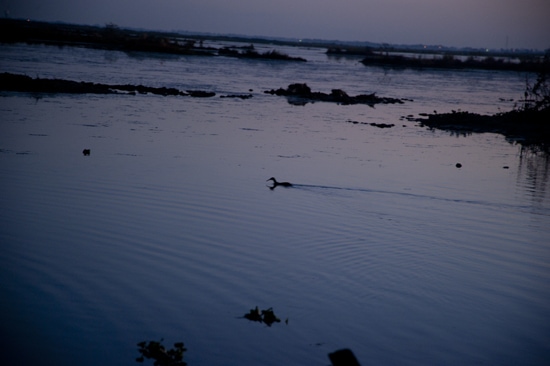 That’s not a duck. It’s something else… can you tell? I forget. Not a coot… 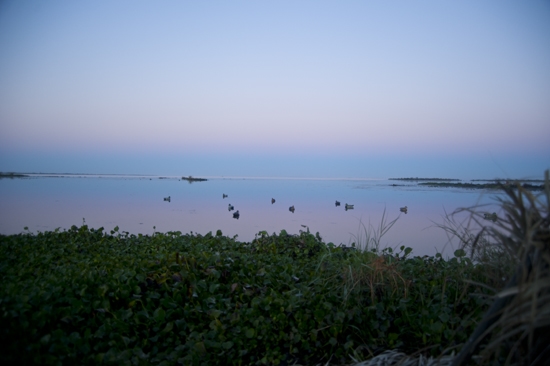 The water reflected the sky perfectly. It was a pristine upside down world out there. 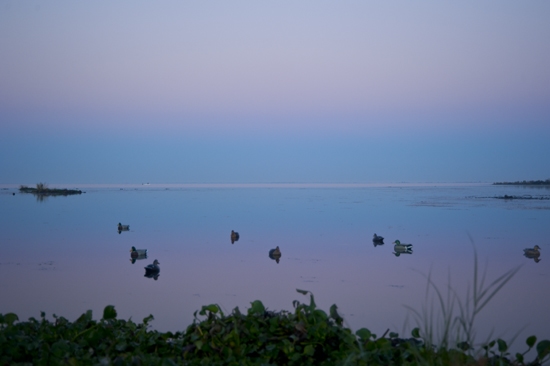 Kind of trippy. And very other worldly. 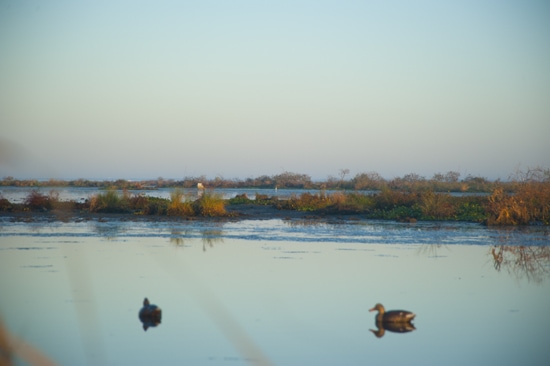 And then as the sun came up the colors became iridescent. 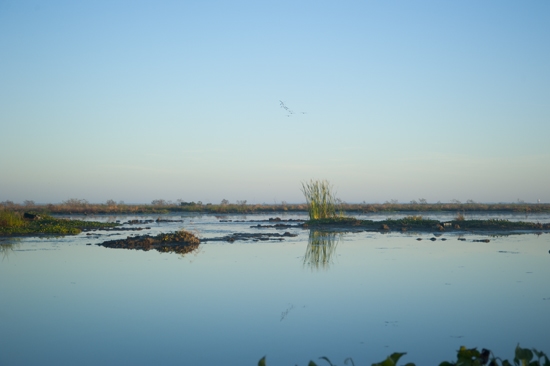 Everything had a glowing quality about it. 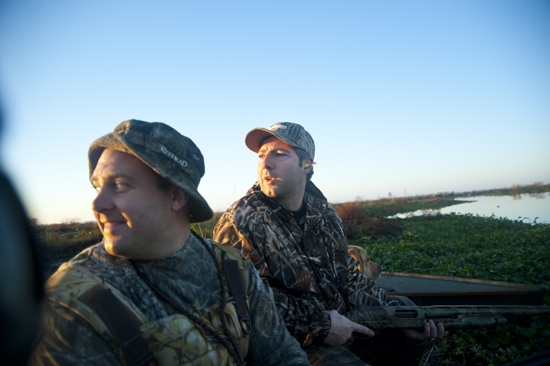 And we sat, wishing and hoping the flock of ducks would come our way. 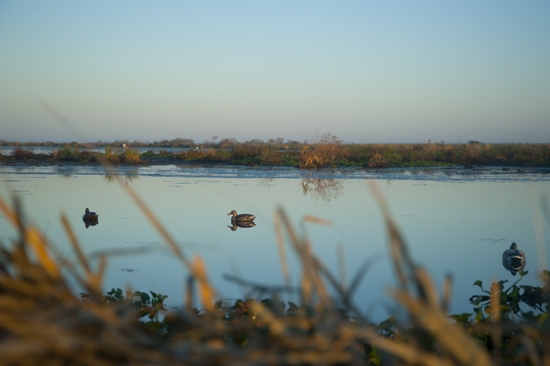 This is the view from a less than perfect duck blind. 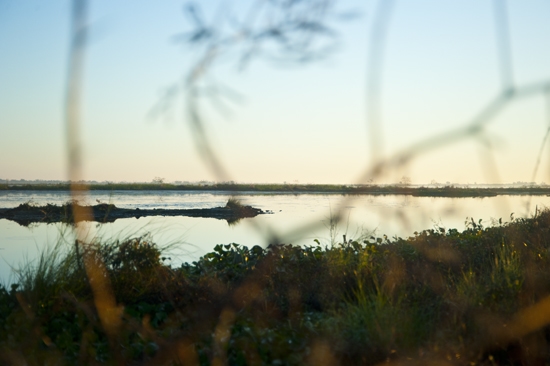 And even when the light came up further, things still seemed to glow. 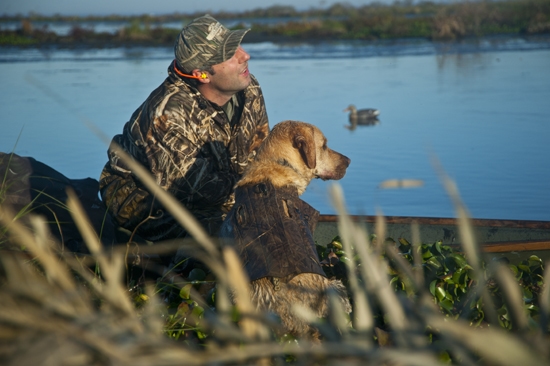 Maggie had her own outfit on to help retrieve the ducks. 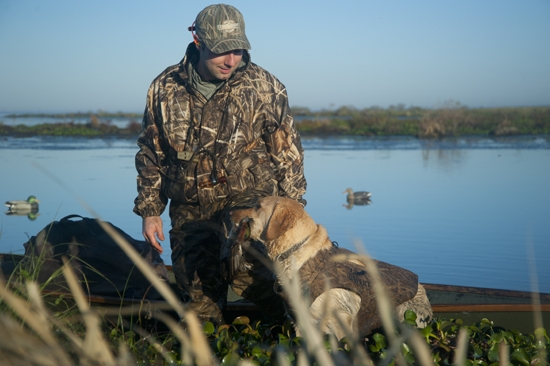 And she did a great job. Three went down at once and she found them all, even in hard to find places. 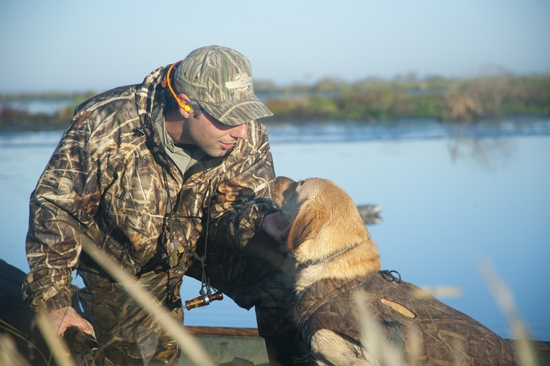 She got a lot of praise for her valliant efforts. 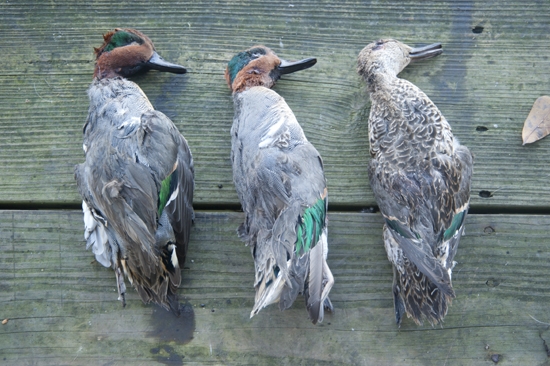 In the end we had three green winged teal. We plucked them right away because that is the easiest time to get all of the feathers out. 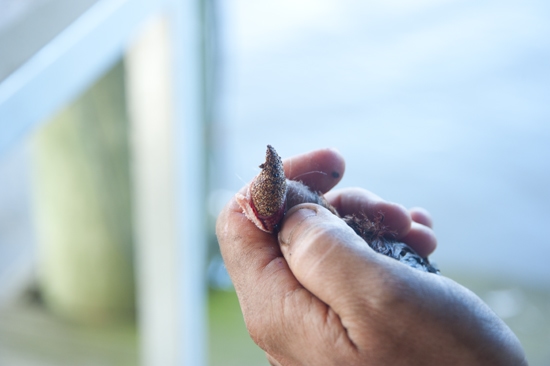 This is the grain sack of a duck. 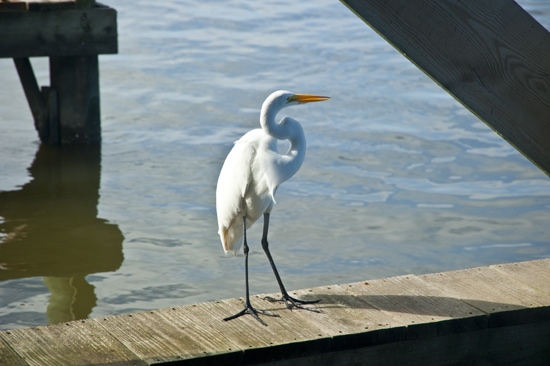 Then we had a visitor hoping we were going to throw him fish. He was extremely disappointed. 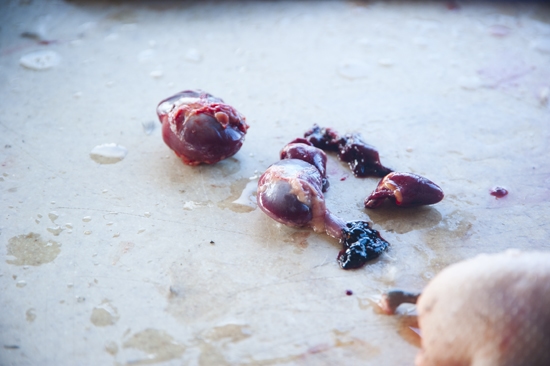 This is the gizzard and the heart. They are delicious and I made a terrine out of a bunch of them after I made them into a confit. 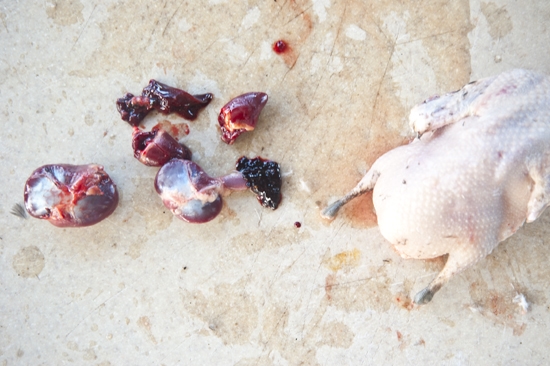 I turned the liver into a confit as well. 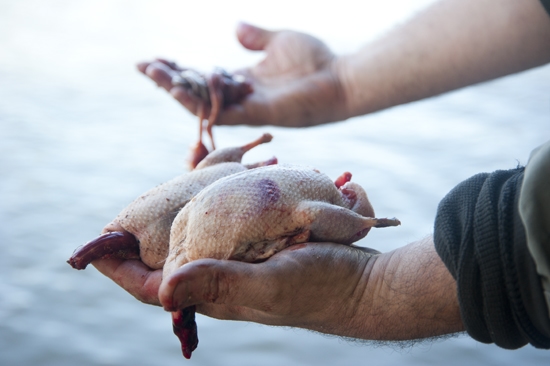 And there it was, plucked ducks, necks, gizzards, hearts, and livers kept for a confit and a terrine. I’ll show you that recipe tomorrow. 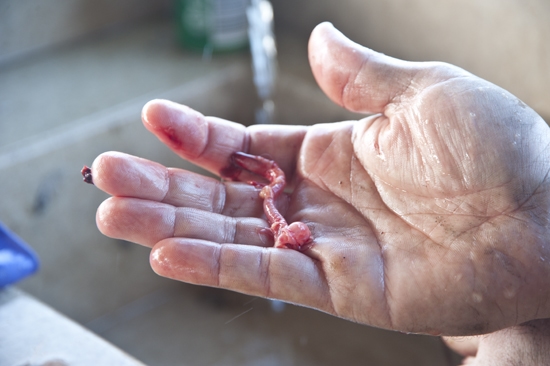 And this is the quacker. 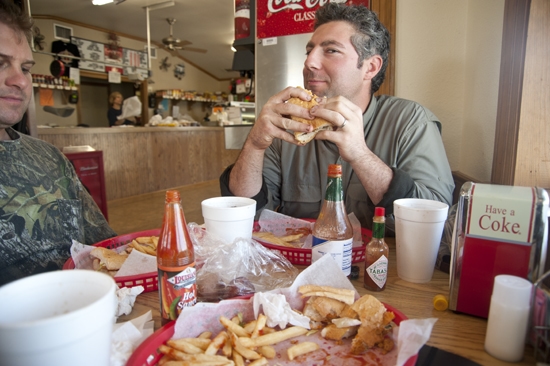 And this is the end, the crucial part of any New Orleans hunt where you support New Orleans fisherman and eat a giant Po Boy filled with fried oysters and fried shrimp smothered in hot sauce.

Someone’s gotta do it.