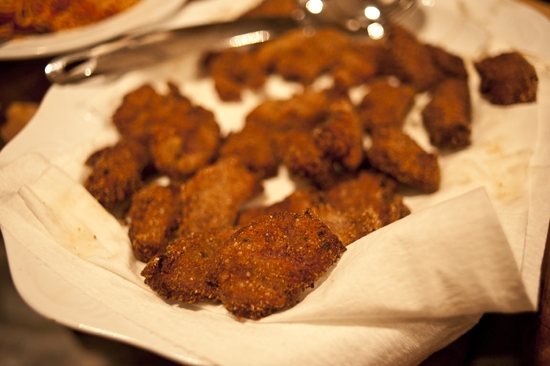 There something about campfire eating. 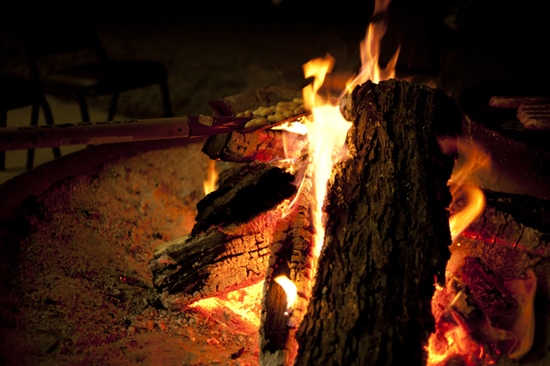 I just took a trip to Arkansas and we did quite a lot of campfire eating.

The very first thing I ate when I arrived were those things in the shovel. Can you see what they are?

I have not had peanuts until this moment.

The second thing I ate was this… 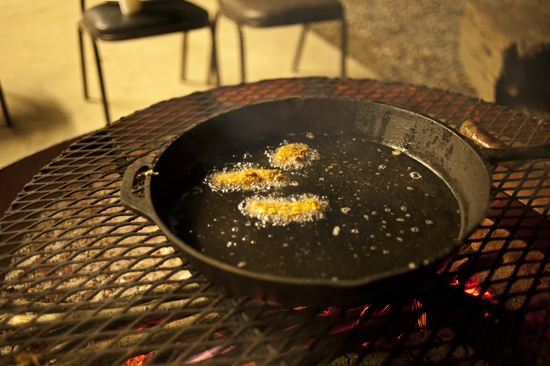 Sliced thinly off of the backstrap on the deer hanging in the walk-in cooler, and mixed in a combination of breading, and dipped in very hot oil in my favorite thing of all… a skillet. 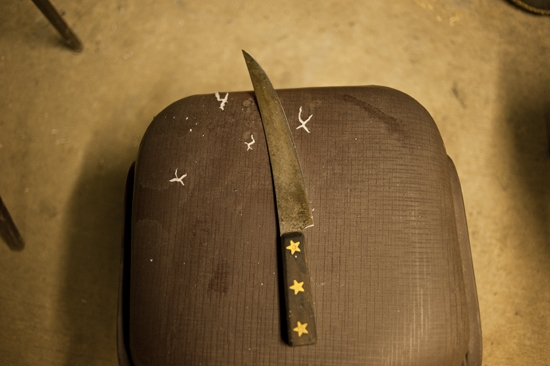 I have no idea where this picture came from but I like the knife an awful lot. 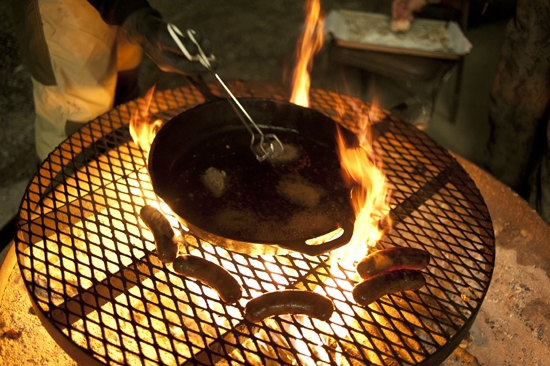 There were homemade sausages too as an appetizer. All cooked over the wood. 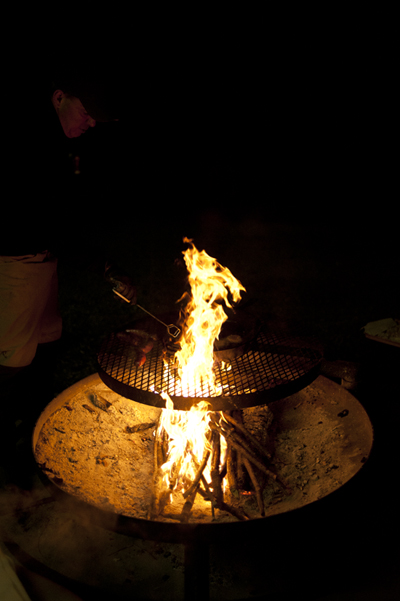 I’ve always loved this particular fire pit. What I like most about it is that the grill is attached to an arm which can swing off of the fire if you want it to. 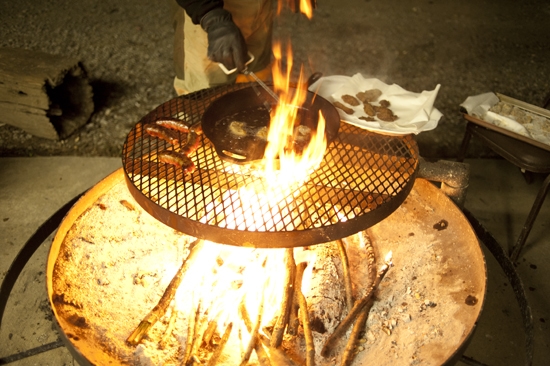 And the outer edges can be cooler so you can keep your plates warmed on it.

I found out that my friend in Arkansas sells them at his store. They’re made by a man in Texas who knows his stuff.

This was the result. Crispy fried venison cutlets. A bit like the schnitzel I had by an Austrian woman in England a few weeks ago.

Try some campfire eating this winter. It will bring out the caveman in you. You’ll love it. 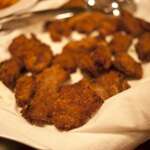 This is a set of guidelines. Amounts will vary depending on the amount of venison you have.
Prep Time5 mins
Cook Time15 mins
Total Time20 mins