It’s crawfish season in Arkansas. Maybe it’s crawfish season everywhere, I don’t know, but I participated in the eating of 25 pounds of the little red lobsters and it was a fun affair. They were from “Grandma’s Best” after all, and boiled in a whole lot of salt water.

Actually, I like a crawfish boil for its potatoes just as much as its crawfish. You see, sometimes, someone smart puts in potatoes, spices, whole lemons, sausage, peppers, and other divine things in with the crawfish pot, and there is just something about eating a potato, whole and steaming, that has just finished soaking up the spicy magic of the pot into its pores…

Let’s take a moment of silence to think about it. 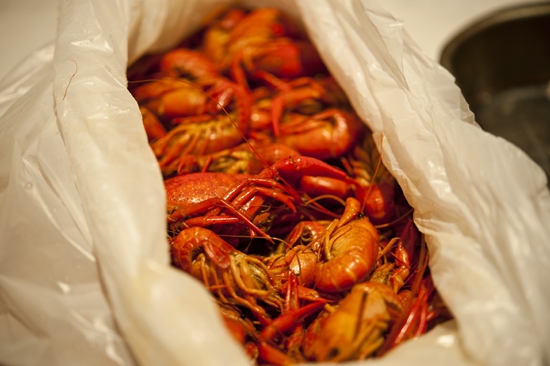 Do you know how to eat a crawfish? Let’s do a step by step, shall we? 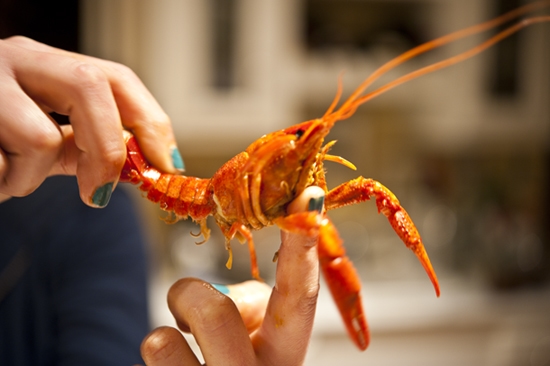 You start with one of these guys, whole. This was a rather large one. 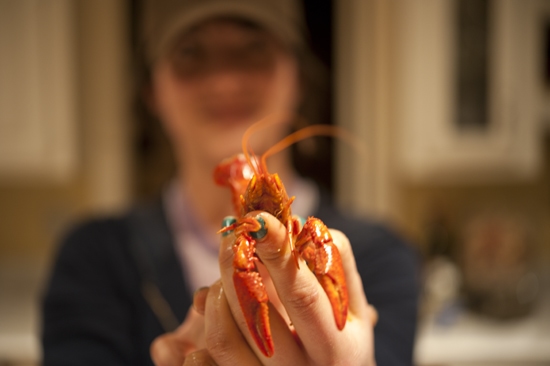 He’s waving to you. I think he likes you. 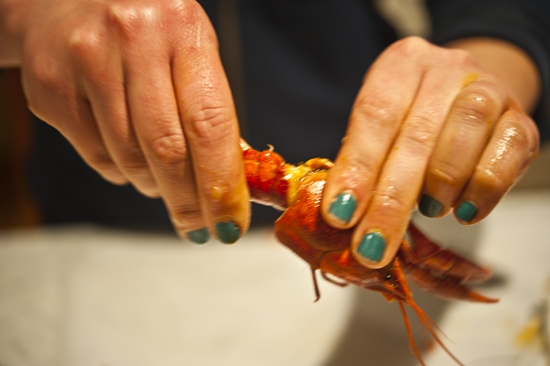 1. Twist off the tail at the base of the head. 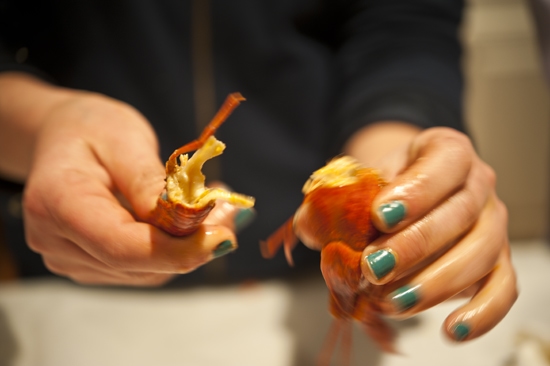 2. Now you will have two parts with their own distinct virtues. 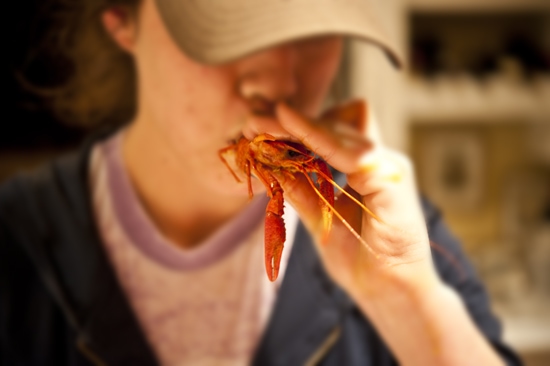 3. The HEAD, should be sucked on for a few brief moments. That has that faint livery taste… it’s the brains… the je ne sais quoi…

4. Then you cast it aside in the pile. Next comes the tail, where the real meat is. Squeeze it at the base and peel back the little outer shell. As you strip it off you can usually peel off the digestive system with it. Some people eat it but… I was never one for crawfish colon myself. 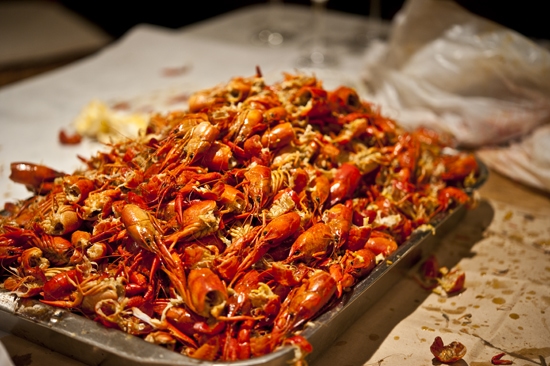 5. Then you throw them into a pile, one by one. This is only 10 pounds. Fifteen more to go. Also, sometimes I like to melt a little bowl of butter and dip the tails into it before I eat them. Life makes more sense that way.

Have you ever had the little red lobster? Do ya love ’em? Hate ’em?