I was recently invited up to go turkey hunting. It was sort of serendipitous really, because I needed to write the last chapter of my book and needed to turkey hunt and hadn’t figured out where that was going to be… and *poof* I got an email from Sydney of Ravenous Woman.

Did I want to come turkey hunting with her boyfriend?

So I went, and we had a blast.

I went to a coast…one that shall remain nameless. It is a beautiful place, the drive reminds me a bit of northern England… all of that lush green color and beautiful stone walls and cows, oh the cows. 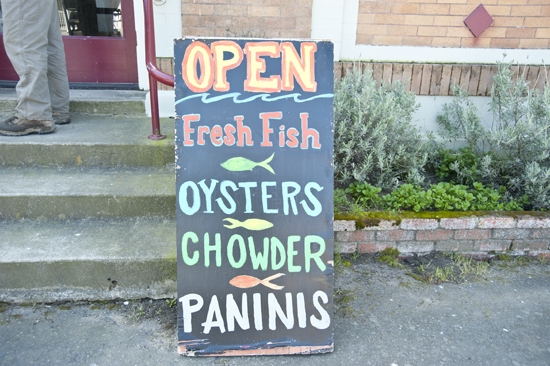 There are also neat little shops along the way, particularly seafood shops like this sustainable one called the Fish Bank. Guess why it’s called that? 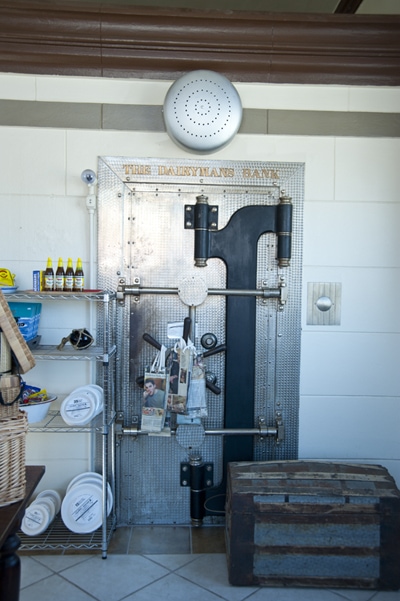 Because it’s in an old bank! 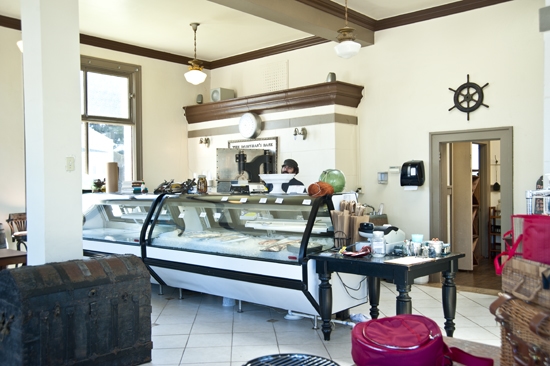 They have a list of all of the seafoods that are currently sustainable and those that are not, which is pretty great considering all of the controversy over our fishing these days.

But I was here for the turkey… and before two long we saw three jakes in a field. They weren’t big but that’s okay by me, because the smaller ones taste better. So I crept up on them behind some brush. It took a while because they turned to look in my direction from time to time and I had to freeze. They say that if their sense of smell was as good as their sight and hearing we’d never catch them.

I’m a big believer in patience when it comes to hunting. There were a few shots I could have tried to take but I waited simply because my line of site wasn’t perfect and I had nowhere to stabilize my gun. Soon enough though I found a clearing in the brush and sat low on the hill behind it and stabilized the shotgun and watched two of the three jakes walk toward each other. And as their heads crossed… 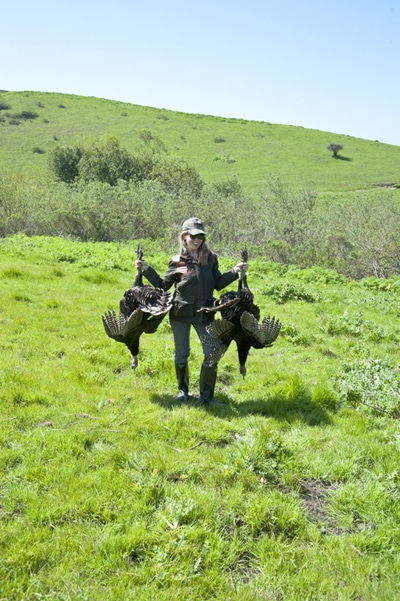 Two in on shot. It was mighty efficient of me. I like to save shotgun shells. My puritan great-grandmother would have been proud. 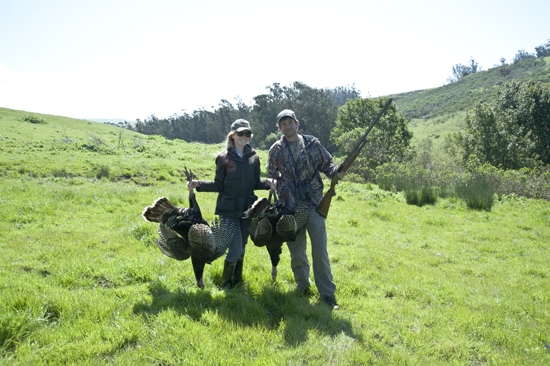 This is Joe who is an expert free diver and was recently on an episode of Bizarre Foods diving with Andrew Zimmer. He eats mostly food that he gathers himself. 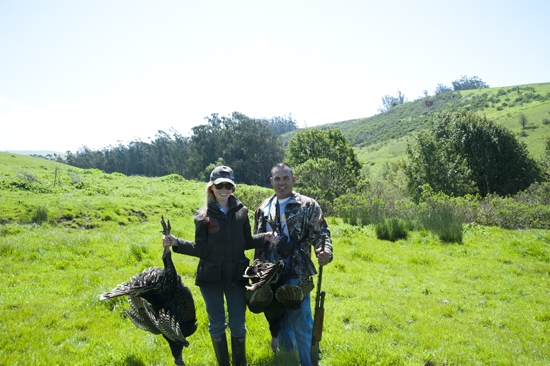 And this is Sean. He’s a coyote hunter! We need more of those since they don’t have natural predators and keep taking our chickens. 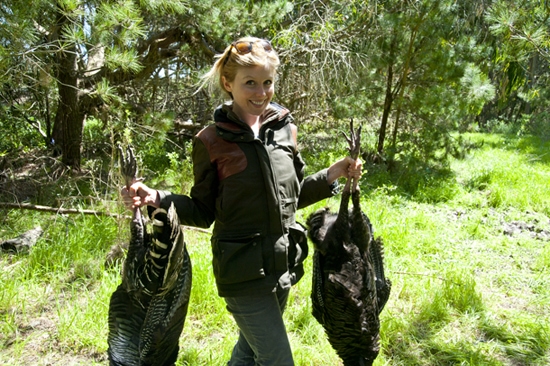 Then we got to plucking and butchering. I’ll show you all of the fabulous step-by-step details next.

Perhaps I should go write that chapter for my book now… it’s due in two weeks!