I love eating wild foods which you can probably tell by now.

I had read about elderflower fritters in the process of making elderflower syrup and I just had to know more. 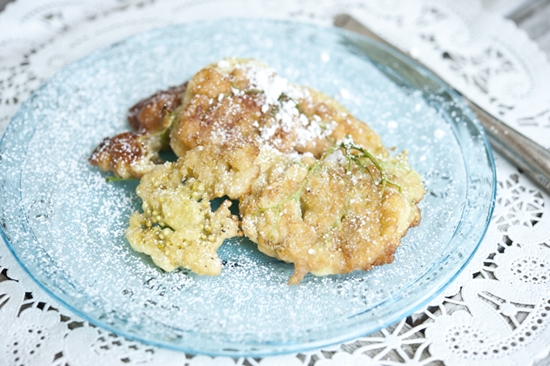 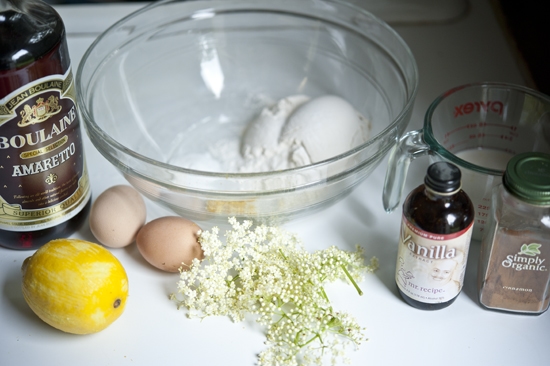 It begins with flour, lemon zest, 2 eggs, vanilla, cinnamon, almond milk, amaretto, and a whole bunch of elderflowers. You’ll also need a pinch of salt and some vegetable oil. 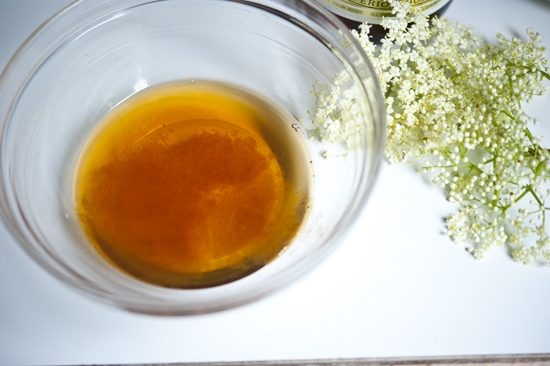 You could also use brandy or cointreau, Sambuca, or whatever other liquor banks the walls of your liquor cabinet. I chose amaretto because the flavor of almond thrills me. I also added a dash of vanilla in there that my friend Mr. Recipe brought back to me from a far away land. I couldn’t resist, exotic vanilla is intoxicating. 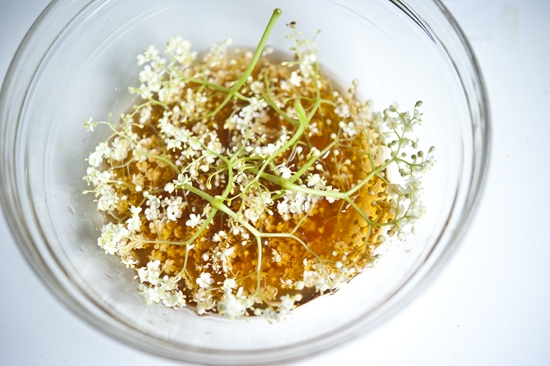 Soak the flowers in this potion for about 30 minutes or so. 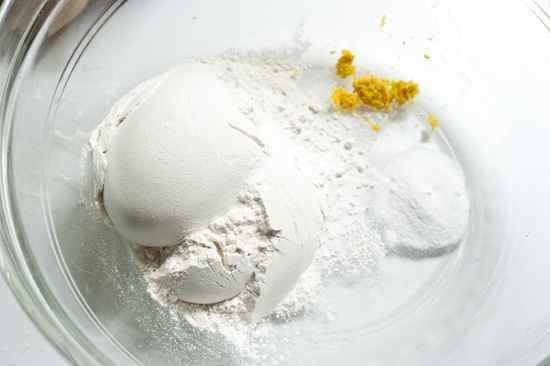 Meanwhile, mix the flour and the lemon zest and the cinnamon. 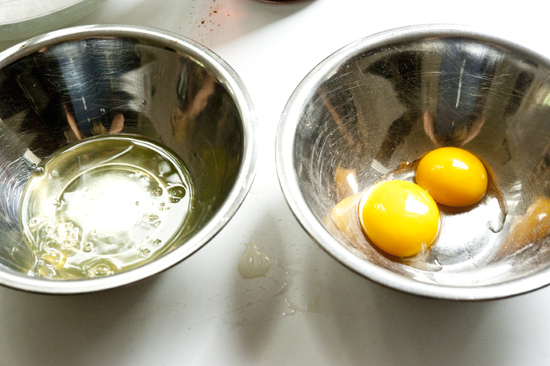 And separate two eggs. I would like to take this moment to point out and the two completely different egg yolk sizes that my chickens produced. How am I supposed to bake under these conditions?!? 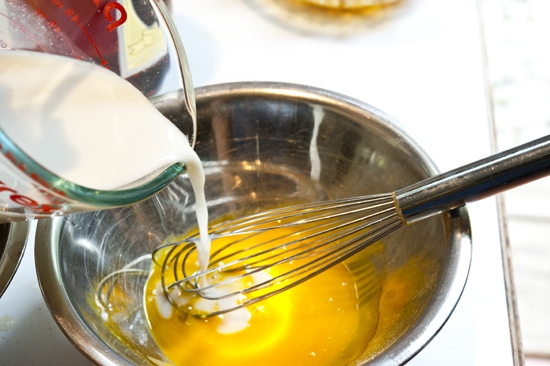 Beat the irregular yolks and add the almond milk. 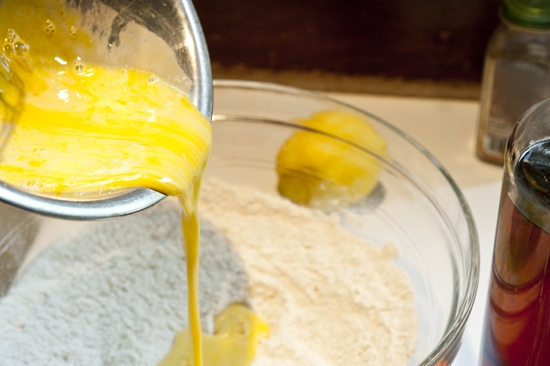 Pour the whole affair into the flour mixture. 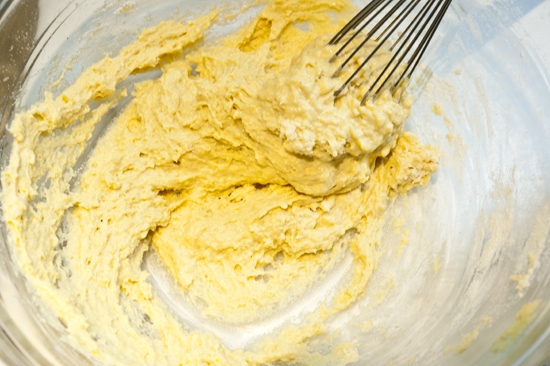 Give it a mix. It should be like pancake batter when you’re done so feel free to add more almond milk if it doesn’t look right… 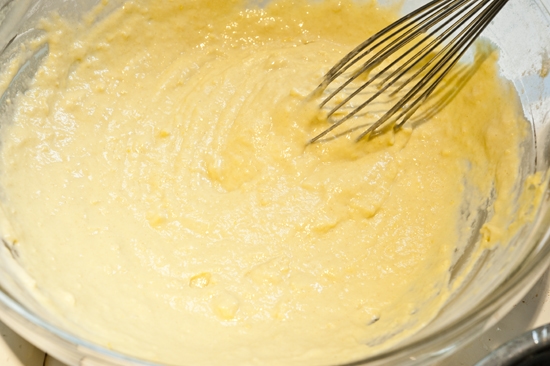 Once the lumps are out, this is what it will look like. 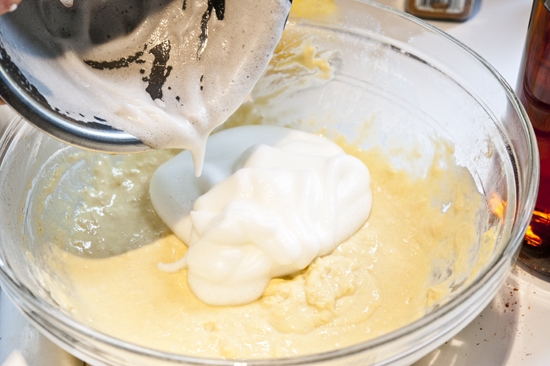 Separately, beat your egg whites to stiff peaks and fold it into the batter. 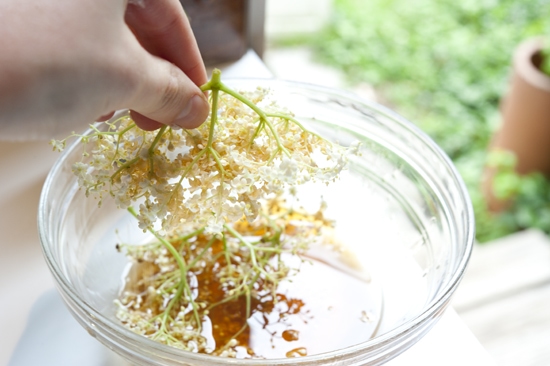 Remove the flowers from the soaking liquid… 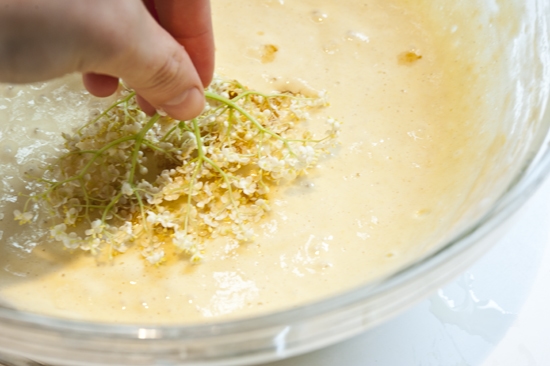 Dunk them into the batter… 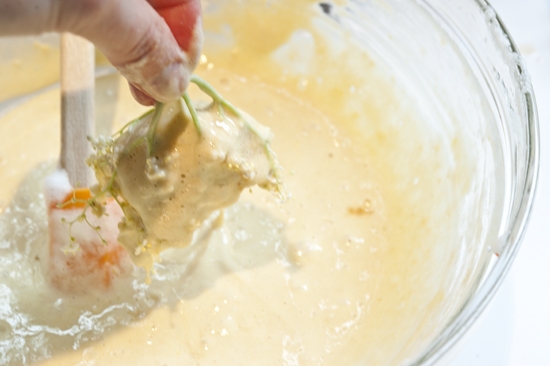 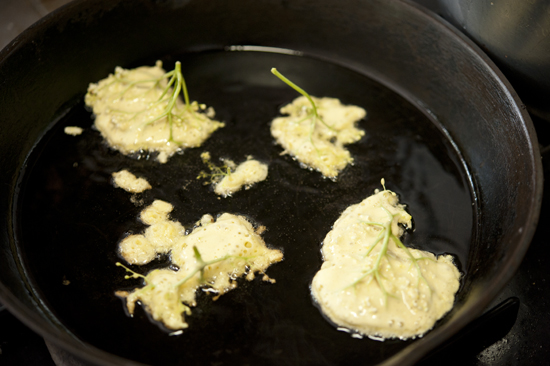 And drop them into some hot oil. 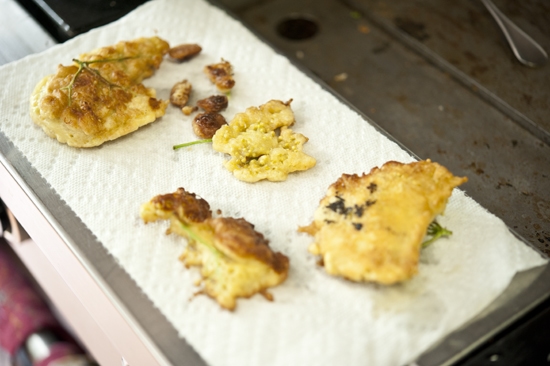 Have a paper towel ready to place them on after you’ve cooked them on both sides so that it soaks up any excess oil. 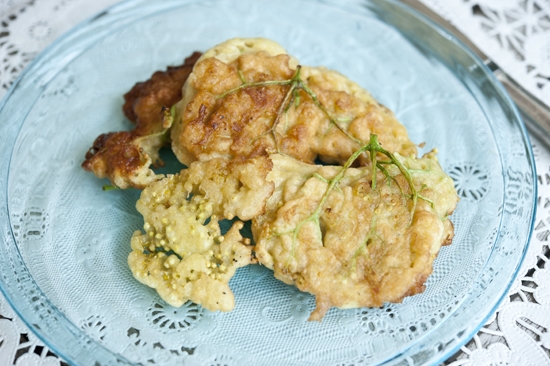 Serve immediately, but before you do… 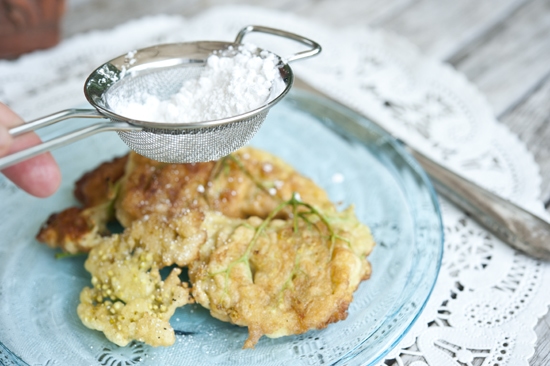 A little powdered sugar is in order! 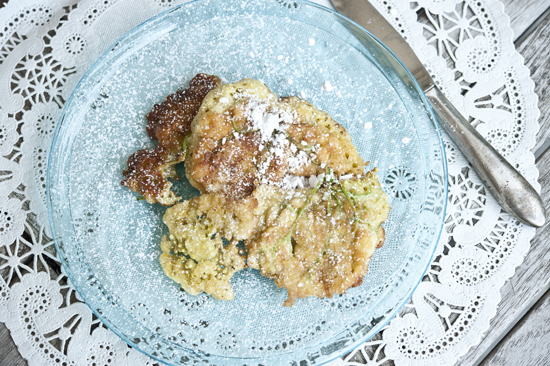 Give it a nice shake. Especially on Mondays, Mondays require a healthy dose of powdered sugar.

And there you are, a lemony, almondy, doughy, earthy, powdered sugary flower treat. 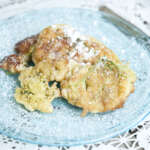