It begins with an Amish man. Like most of my stories do.

Okay fine it doesn’t begin with him, it begins with a 5 pound sack of potatoes that we purchased at a run down store in a vacant town across from this abandoned house that I really want to buy and fix up but am told I’m wasting my time because it would cost more than it’s worth. Waaaaah.

But the title of this post is in honor of the Amish man and his apple cider. 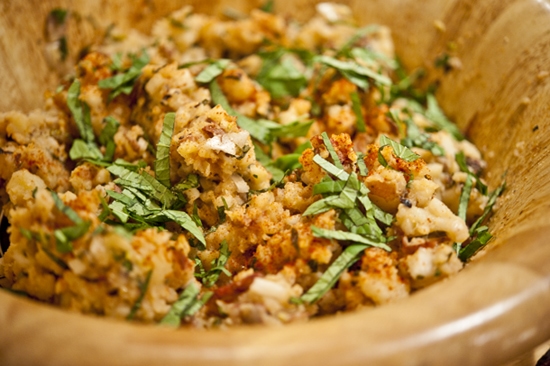 Word on the street, or rather from my friend sitting next to me, was that the Germans use apple cider in their potato salad. And since I was charged with the job of making a mayonnaise free potato salad for July Fourth, I went on an apple cider meets potatoes journey of discovery. 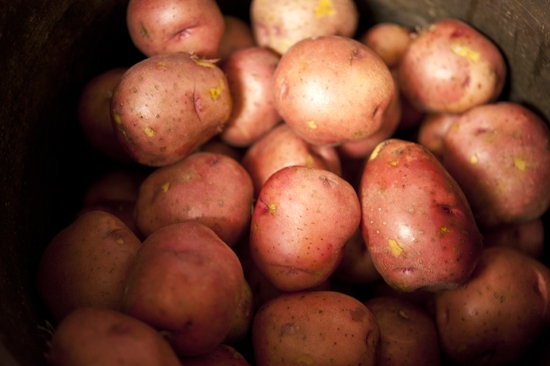 Begin by dumping your potatoes in a large pot. Then cover them with cold water. 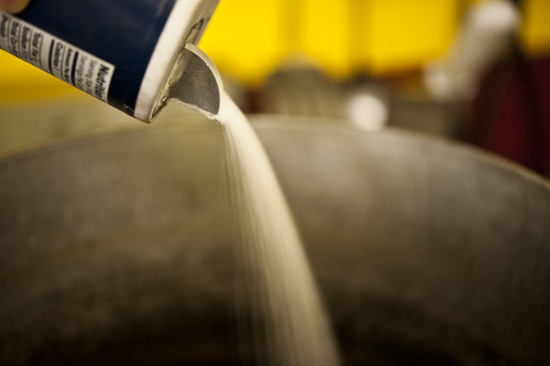 Add salt until the water is as salty as the sea. 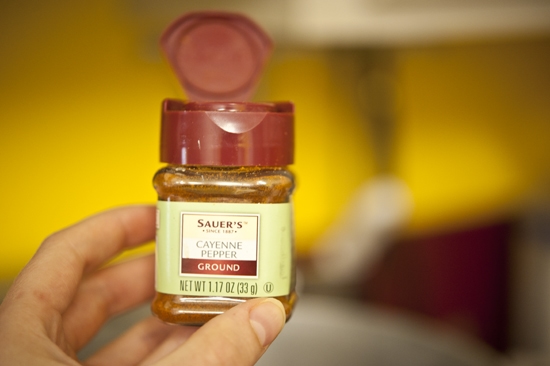 Add cayenne pepper so the potatoes soak up a little spice in their pores. 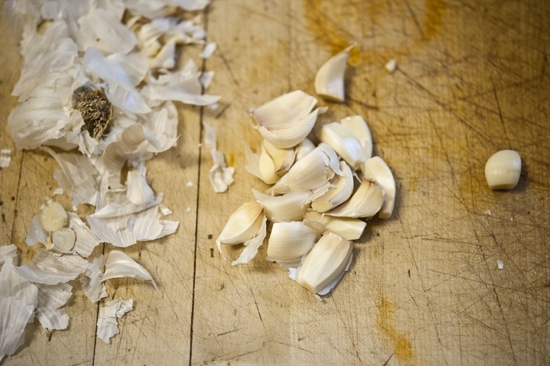 Then toss in some garlic cloves. These will become soft and mash well into the salad later. 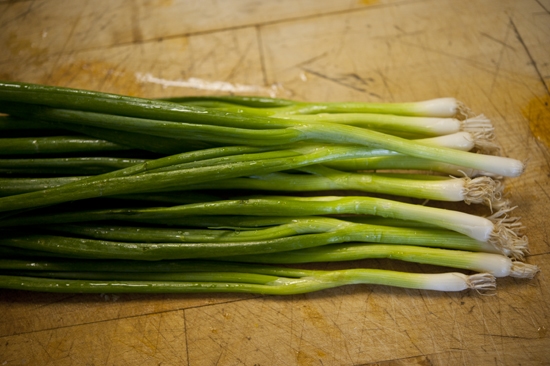 Next comes all of the flavoring elements. Slice up some green onions, using the white and most of the green. The very tips of the green will be a little too rough. 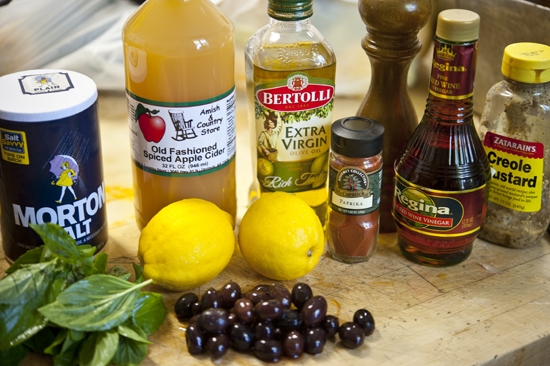 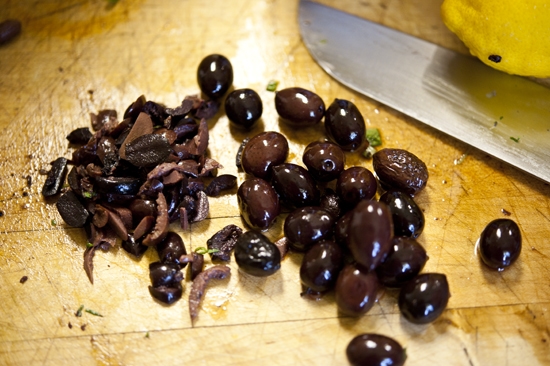 Chop up the olives finely. If you want to learn from me, make your life easier and get the pitted kalamata olives. 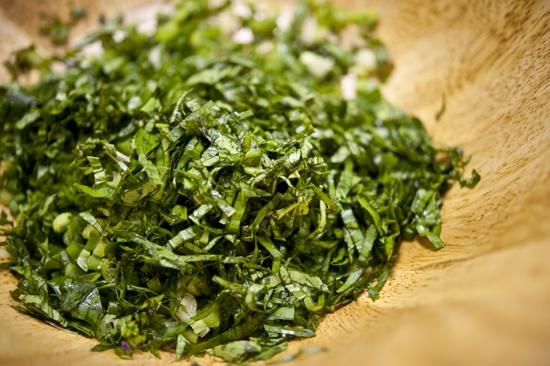 Put it in a large serving bowl with the olives and some olive oil. 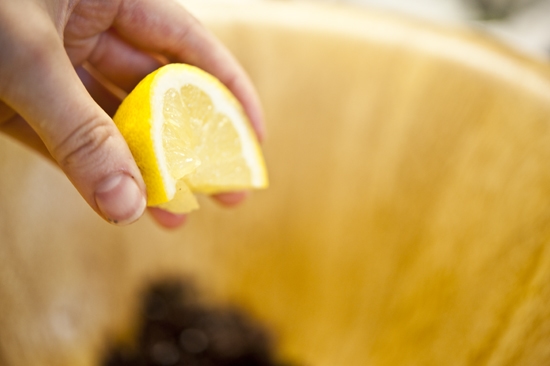 Squeeze in the lemon juice! 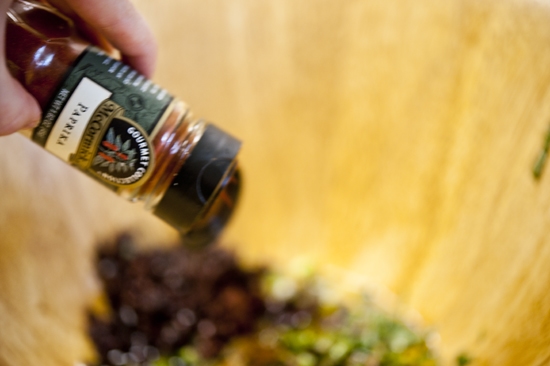 Shake in some paprika. Shake shake shake until it’s impossible for your right hand to get a photo in focus. 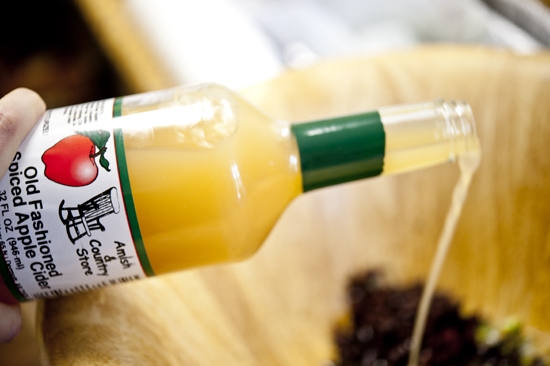 Aaah, the cider. There aren’t many places to get good ingredients here in rural Arkansas. But the Amish man and his two daughters in their cute puffy sleeved dresses travel around and bring back such great ingredients. I slam the breaks whenever I go by on the highway. Yesterday I bought earth shattering peaches. 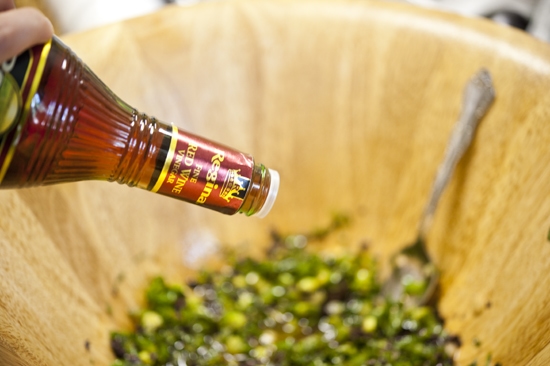 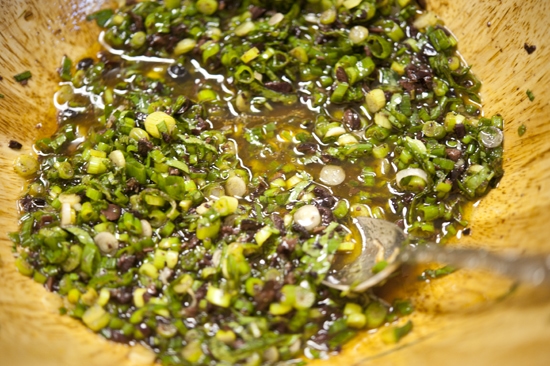 And stir it all around so that it macerates. I just love that word: macerates. Mmm. It means something good is happening. 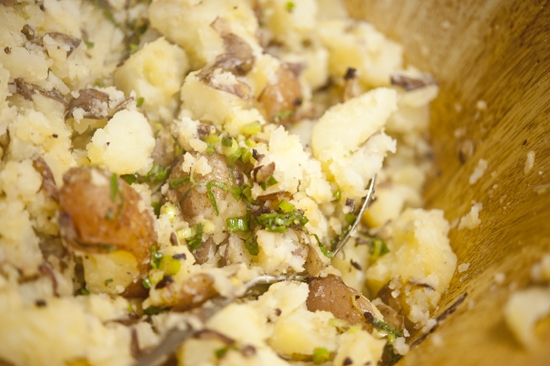 Once your potatoes have cooled, drain them and let them cool for a while. They can and should be warm when they are added to the bowl though. Slice them with a knife and fork until you have big chunks. 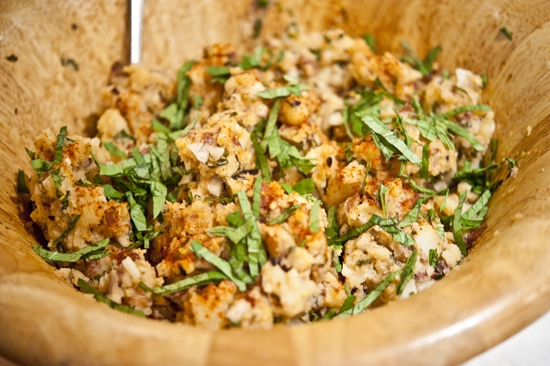 Give them a nice stir so that it soaks up all of the flavorings. Let it sit for a few minutes and taste, then add more of any of the ingredients you’d like. Every potato is different so some need a lot more flavor than others.

Garnish with some basil and paprika and there you have it! You’ll love this.

The Best Potato Salad Recipe by The Brown Eyed Baker