I spent hours weeding yesterday. I think it was approximately 400 degrees out. There were four of us weeding my great-aunt’s former vegetable garden at Tulipwood that I ambitiously thought we should “plant” this year. All of it. I don’t think anyone has ever successfully completed the task of  taming all of that garden. It is big. There are many deer. Many woodchucks. A 7-foot deer fence and underground fence wire still doesn’t seem to deter some mysterious critters that have been feasting on whatever they please, whenever they please.

But I wanted it all this year. I was going to do it. So we ordered about 25 varieties of fruits and vegetables, rototilled that thing and seeded away.

Needless to say, it has been a battle against Mother nature of epic proportions.

My shoulders are a cherry red color, and my hands sore from the weeds.

But yesterday, we tamed the jungle and I can see my vegetables again.

Things are even thriving in certain cases, in others, they are just little nubs of unrealized potential.

Yes, I was too ambitious. But can you blame a girl for wanting her vegetables? 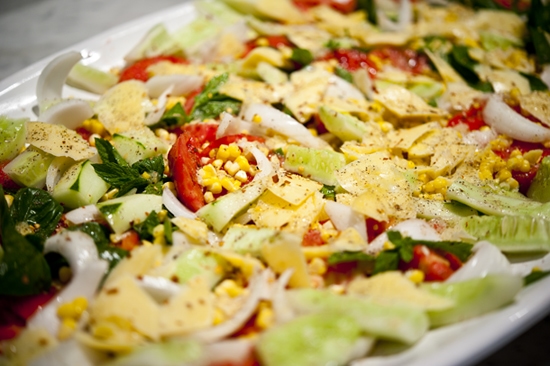 I had this summer salad over 4th of July weekend and I found it so inspiring that I wanted to share.

My friends in Arkansas made it… it’s the epitome of living off the best their hands can produce. Except I should add that they have some serious farm equipment down there that I lack… we’re talking crop dusters and things. Like little yellow planes that fly around and drop “mist.” I like to pretend it’s mist in my own head at least.

But then the farmers have their own kitchen gardens of sorts that also do so well. I’ve never seen so much basil in one place as at my friend Paul Michael’s front door. So this summer salad was an inspiration because it was literally what everyone gathered from their garden and brought to the party.

I think that is such a fun way to make a salad… see what your guests bring and throw it all together. 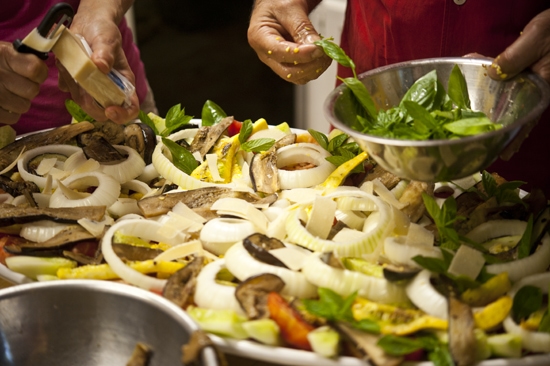 In our case, we had beautiful fresh basil.

And thin shavings of a hard Italian cheese. 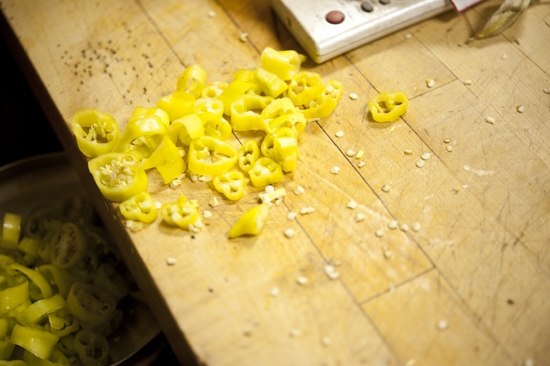 Some banana peppers. Which we pickled quickly just for fun, but were also delicious raw because they had a little kick. 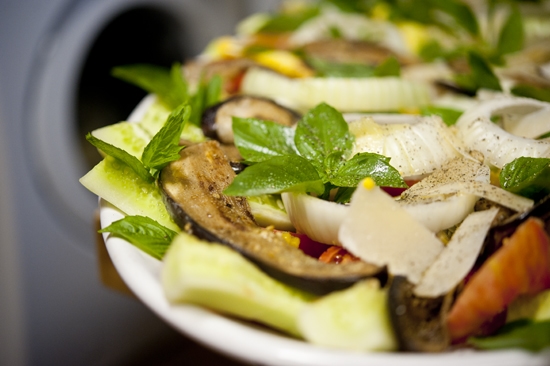 Then some thin slices of eggplant, quickly grilled until tender. 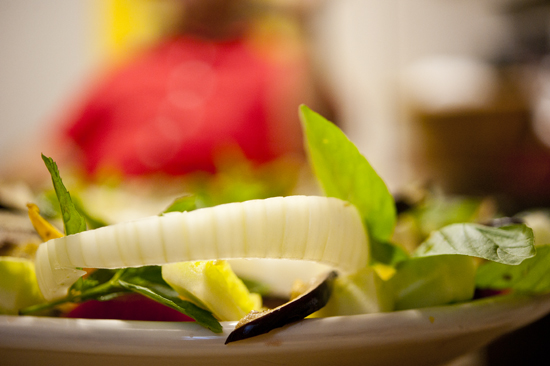 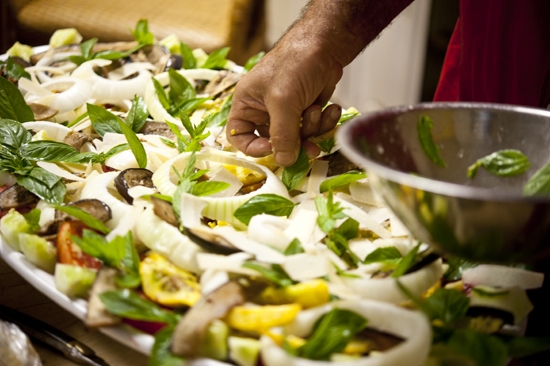 Then of course thick slices of tomato from a town called Warren.

Did you know that Warren, Arkansas is called the “tomato capital of the world?”

Warren puts magic potion in their tomatoes because they were seriously delicious. 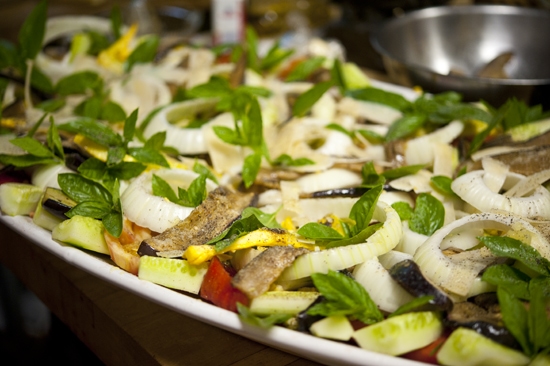 Cucumber goes well here too. Along with some fresh raw corn cut from the cob. 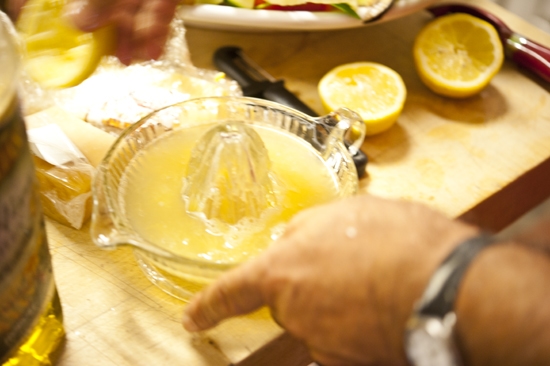 Do you ever dress your salads with lemon juice? I’m kind of into that this summer. It is a little less harsh than vinegar and doesn’t require as much oil to balance it out which makes it a lighter salad. 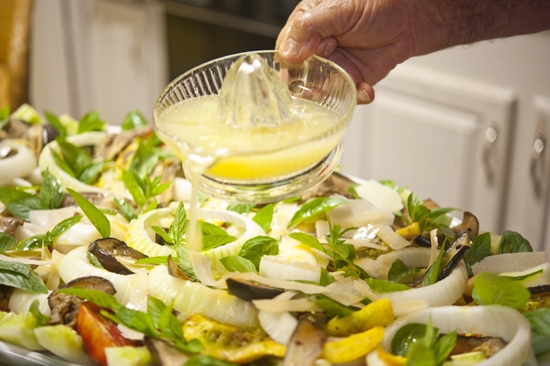 A nutty oil is fun too… hazelnut or walnut. It has a strong flavor so you don’t need as much.

And of course salt and pepper.

Here’s another trick I learned in the cheffy world: salt and lemon juice balance each other. So if you put too much of one, add more of the other and it will salvage your dish.

Layering a salad on a platter, is such a fun way to present all of the summer ingredients that come through your doorway. And it’s a fun interactive way to have a salad at a party. Everyone bring their own vegetable… even if it’s just purslane from their sidewalk cracks!

Give it a try sometime guys. 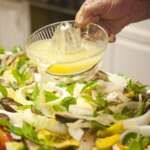