Another thing about the big garden at Tulipwood is that there were asparagus popping up all over the place this year. They just spontaneously sprouted wherever they pleased… amongst the tomato plants, with the radishes. It was like a game of Where’s Waldo?… where would we come across an asparagus next? The reason for all of this is that we didn’t plant them. They were actually  planted by my grandmother in the 1970s and they are still showing up all these years later. For that reason, I will always love asparagus. 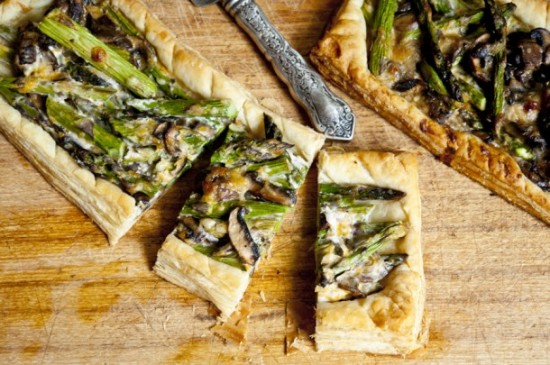 You know what else I like about asparagus? When they bolt and go to seed again, they have these beautiful wispy tendrils that look really nice in a bouquet. 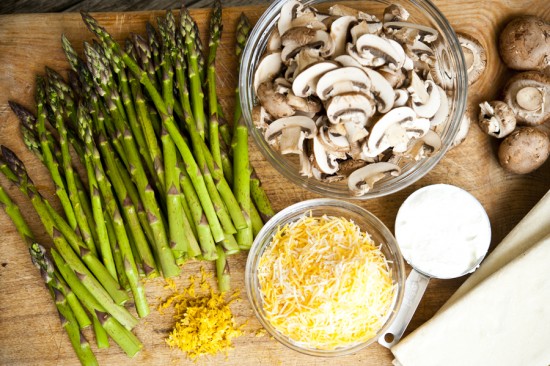 Simple tarts. Ones that require anything you have in your refrigerator that goes well, in your opinion, with asparagus.

Cheese? Did you have to even ask? 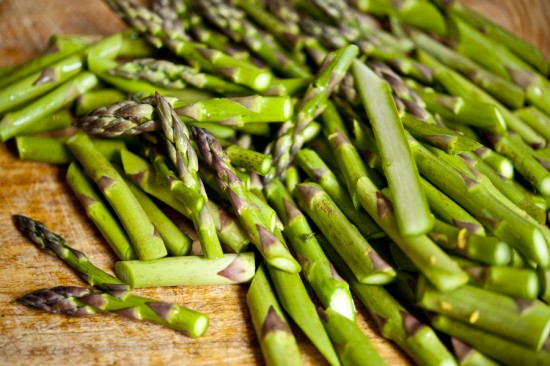 Slice them any way you please. The more tender, young asparagus don’t need much cutting, The thicker ones can be cut in half. 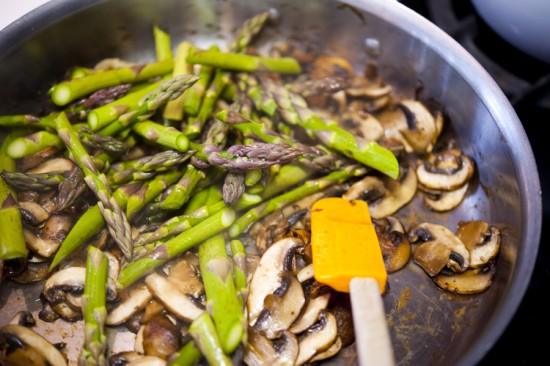 A quick saute, just a quick one, helps the cooking in the oven. 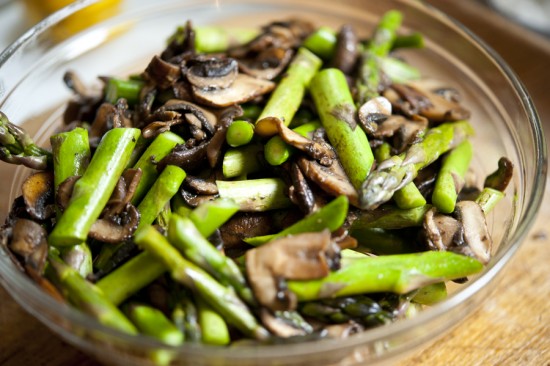 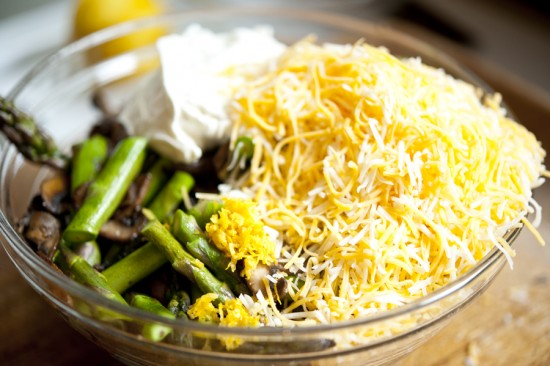 Then add the cheese and sour cream… or Greek Yogurt if you’re wanting to feel less guilty about the whole affair. 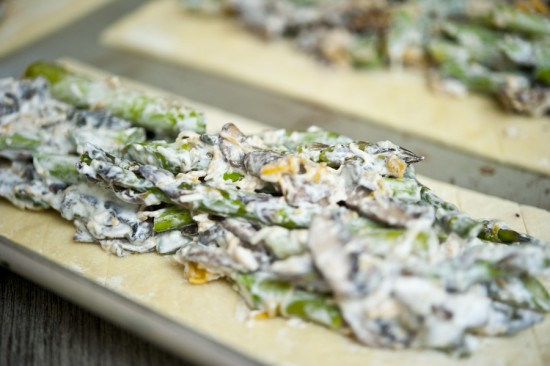 Have you ever tried to make puff pastry from scratch? I did it a lot in culinary school. It is an insane thing to do. Who invented such a thing? Or more improtantly, what angel invented the kind in the freezer aisle? It saves approximately 564 hours.

You’re gonna love this recipe, come check it out on Tasty Kitchen where I’ve done a handy step-by-step.