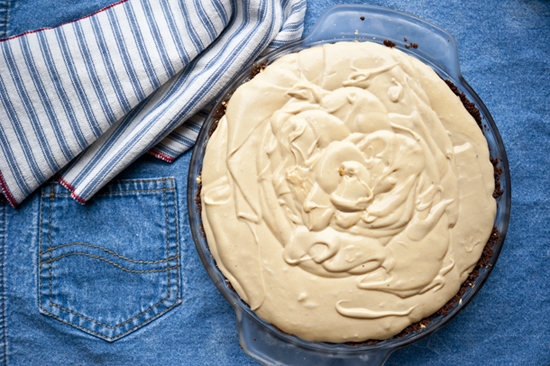 Right now, I’m on a mini road trip from Little Rock, Arkansas to Austin, Texas. Don’t worry, I’m not the one driving as I write this. I’ve been traveling as much as ever, without a kitchen most days, save for the times when friends and family let me take over theirs. As many people witnessed, the food blogging world erupted in Peanut Butter Pies on Friday. It was to hold up our friend Jennifer Perillo who lost her husband very suddenly last week at much too young an age, and to honor him in the process. You see, Peanut Butter Pie was his favorite, and what better way for food bloggers to come together to support one of our own, than to cook together.

I was overwhelmed by the Twitter feed #apieformikey on Friday and the pictures of Peanut Butter Pies being baked and presented simultaneously around the world; a small way to walk alongside Jennie during her husband’s memorial service. I was also sad that I was sitting on an airplane as I read it, and unable to make one too.

When I first got the email with the news about Jennifer’s loss, I was driving down the highway to a scary place I call the mall, anxious about something trivial (what I was going to wear for my book cover shoot). I think I stopped breathing for about a minute. Things seem so impossibly unfair and illogical sometimes. And it took me back to that feeling I had in January, when I lost someone close to me suddenly in a plane crash. I immediately felt that overwhelming feeling again that I knew she must be feeling in that moment… the utter shock that was so overwhelming that it is almost too much to swallow at once.

I wrote Jennie later that day with tears streaming down my face and told her all that I’d learned from losing suddenly. I said that I knew that there was nothing I could say that would make it better.  Except that my best friend, who had lost her mother, told me something that I’d always held onto during the hardest moments. She said that I had to accept that it was going to be really, impossibly hard for a while. That I couldn’t resist it. But that she promised it would get easier. And I held onto that thread all the way through until I could breath again.

When I got off the plane in Little Rock I drove through Texas and stopped off to say hello to my relatives. I showed them a video tribute by White On Rice Couple and told them the beautiful thing that was happening and they said, “well, do you want to make a peanut butter pie?”

And so we did. We made a peanut butter pie and shared it with friends.

This is for Jennie, for Mikey, for their daughters, for my friend Kristen at Dine & Dish who lost her brother two nights ago. It is for everyone else who has loved and lost and struggled through and tried to make sense of it all. 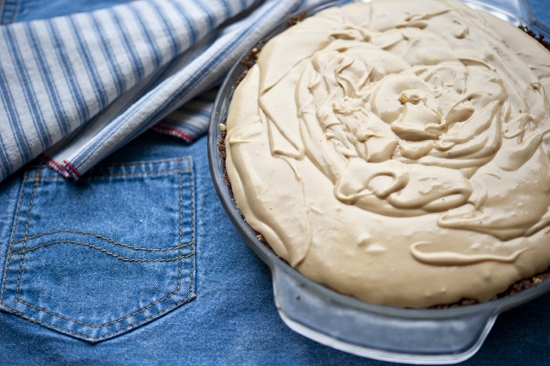 The Peanut Butter Pies that popped up everywhere represent all that is good about humanity and how we can come together in a time of hardship. And I’m glad to be part of it all, as imperfect and trying as it can be, it is also wonderful.