I’ve been trying all summer to grow corn. I planted the seeds in two long rows and waited patiently. Out of one hundred or so seeds, about six sprouted. Then a woodchuck came along and helped himself to about half of those. So I went to the gardening store and bought some in containers that had already sprouted. They were hearty little stalks and I spent all day planting them with the help of my brother. They grew for a while and we woodchuck-proofed the fence. But then the little stalks began to disappear, one by one. It was the chipmunks and squirrels this time, and in the end, all that remained were the original three. For some reason those weren’t as tasty to the creatures of the wild. Then one day I went to check on them and guess what? They had vanished too. Corn growing is decidedly not in my destiny this summer! 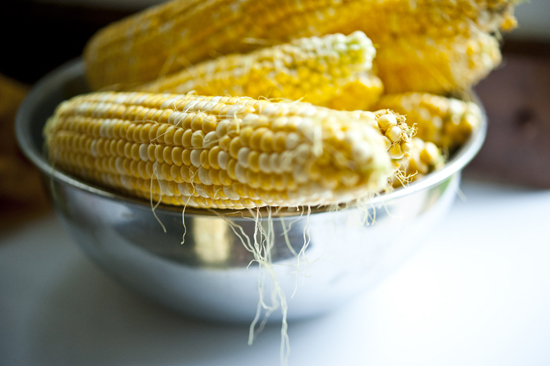 Luckily there are some talented farmers down the road. They enabled me to make this mouth watering recipe by How Sweet Eats for Tasty Kitchen that I just couldn’t take my eyes off of: Grilled Corn with Bacon Butter & Cotija Cheese. 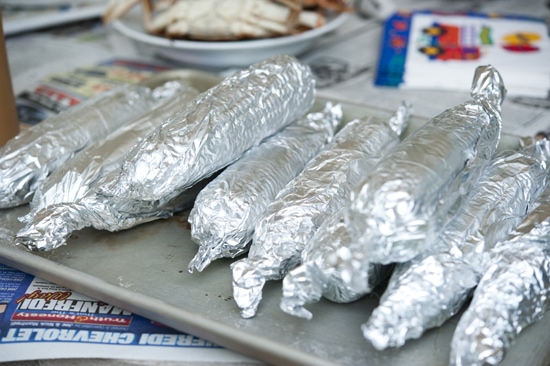 You start by firing up the grill as hot as can be, and shucking your ears of corn. Now you could grill them with the husks on, but it would be a bit messier to peel afterward.

So if you’re going the clean route, shuck them and lay each piece of corn on a square piece of tin foil, then roll them and twist the ends. 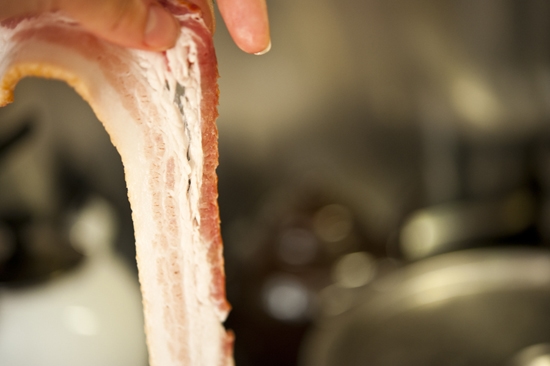 As for the accompaniments, you want to crisp up some bacon by cooking it slowly in a skillet. 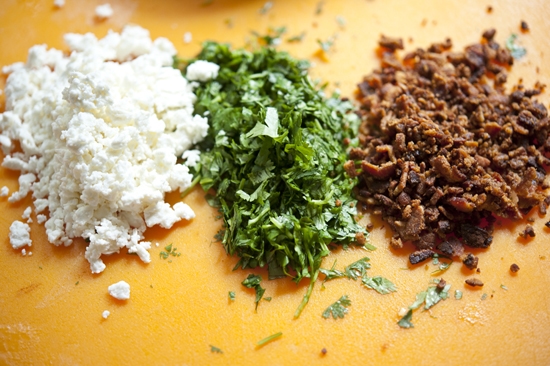 Then you’ll get together some other fab accompaniments: Set out your crumbly cheese along with your cilantro and bacon. If you can’t find cotija cheese at your store, feta or blue cheese are fabulous as well. 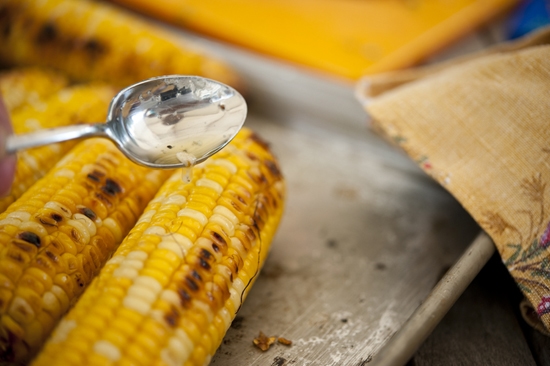 When they come off the grill they will be charred and have a different texture than typical boiled corn… a bit more chewy and sweet. 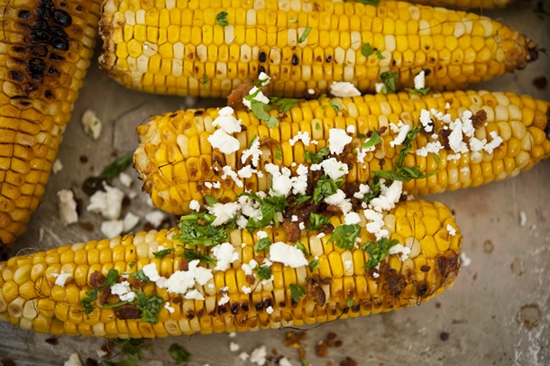 Sprinkle on the melted butter and all the other goodness and you’re all set! Give this a try sometime, it’s prime season for it. And here is the full step-by-step over on Tasty Kitchen!