For many people, there is that place.

That place where they go to eat that feels like home even though it’s not really. It just comforts you to be there and eat whatever they’re serving up.

Seeing as I’ve been on the move, I haven’t had one of those places lately, but I think I’ve found it. 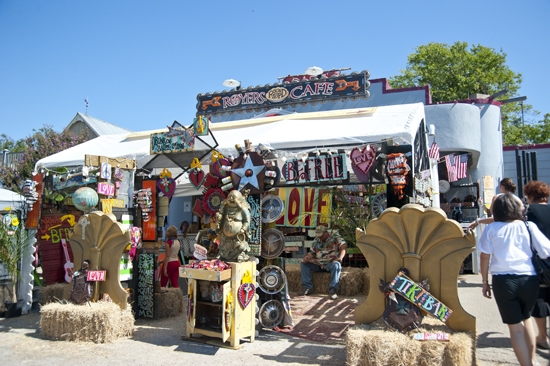 There’s a wait a Royers. But it’s okay. 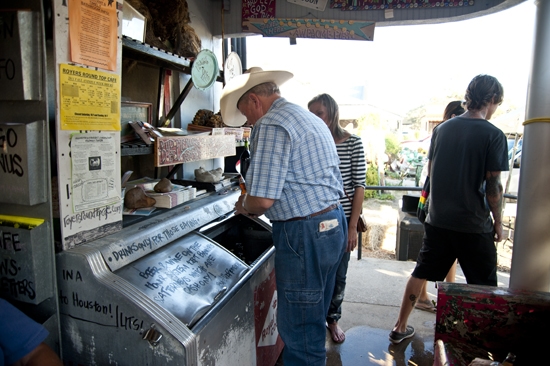 Because there’s a metal cooler full of cold beverages to enjoy while you sit and chat with friends and strangers.

But when you get inside, things change. 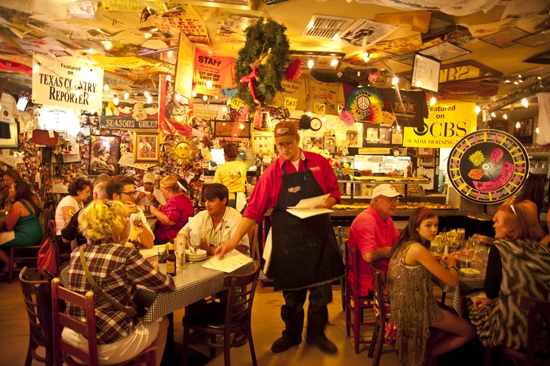 It is sensory overdrive. There are things.

Things every which where. So many things to take in, before you even peek at the menu. 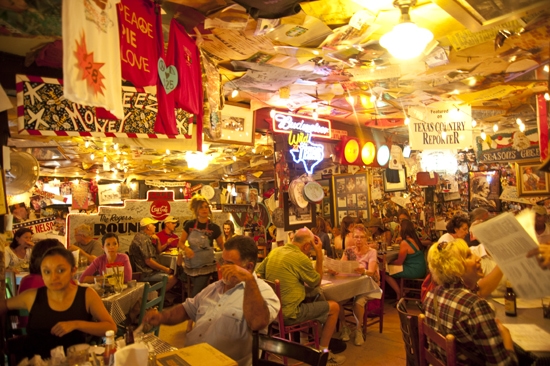 PIE. There are about 76 varieties of pie. It is overwhelming. In a good way. 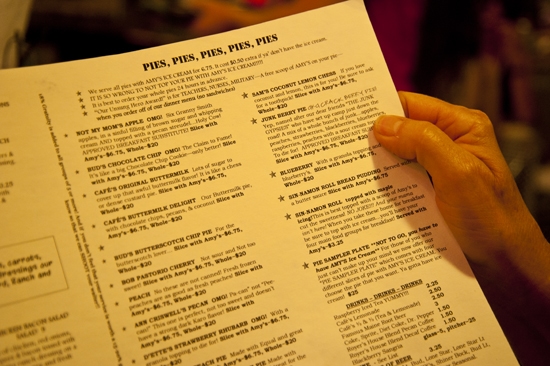 There is a special pie menu.

But before the pie are these fluffy biscuits. They are as light as air and they come with this onion-butter that I want a lot of in my life. 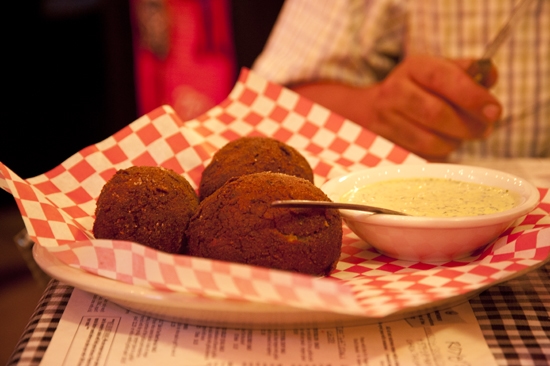 And the jalapeno hush puppy things with dipping sauce. Oh my. 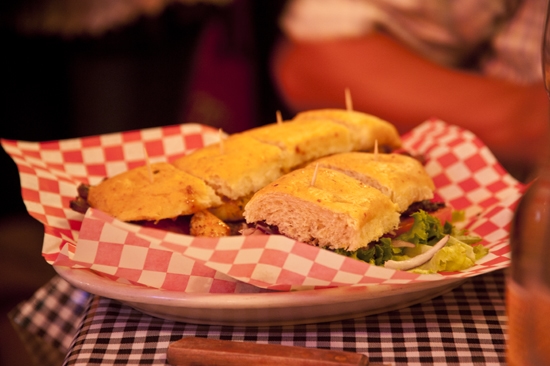 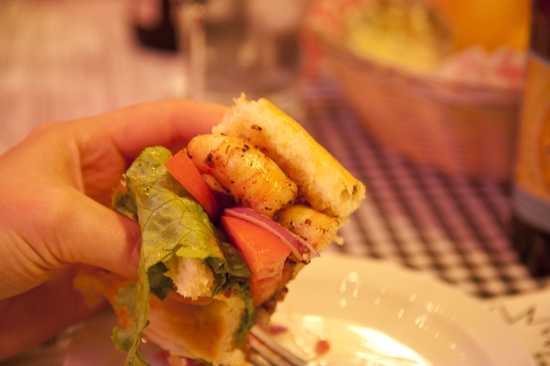 They came with this sweet bread and pretty much changed my life. 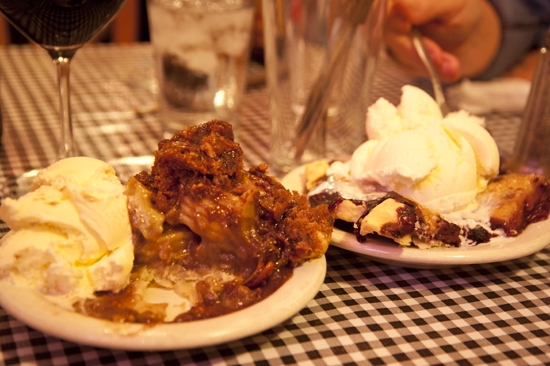 I ate quail of some sort which was super tasty.

Prior to the heaping plate of pies. 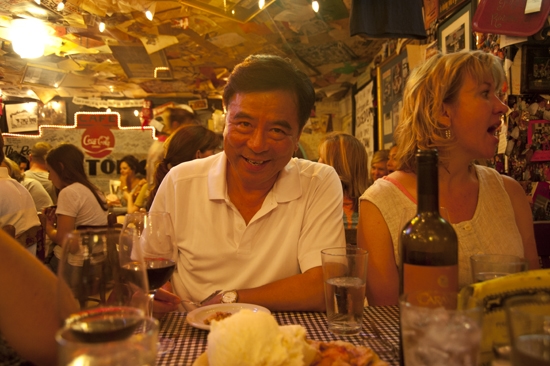 This is Robert Wang. You may not know who he is but he pretty much changed the world of “DIY” meaning “Do It Yourself.” He brought macramé to the U.S., and revolutionized the idea of doing crafts at home. One of his main companies today is Creative Co-op.

Also, he came to the U.S. with $210 dollars in his pocket, paid $200 for a dormitory residence and survived for 1 month on $10 before his first student aid check. He then worked his way to becoming CEO of an $800 million company. I hope he writes a book one day. The stories he told me kind of boggled my mind… from riding along in military jets with the President of Russia, to the entourage that flanked him from all sides… 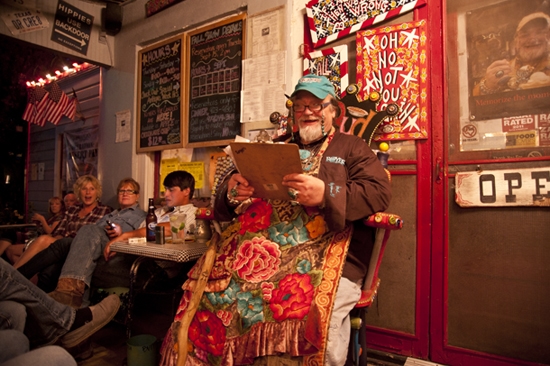 After dinner, Bud waits in his chair to see how you’ve fared. He almost laughs at you as you stumble out in a food coma and he promptly fills your seat with some eagerly waiting patrons. 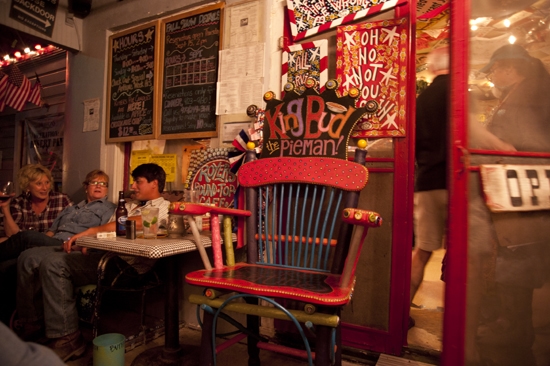 This is Bud’s seat. He stations himself there and manages the clip board very rigorously. 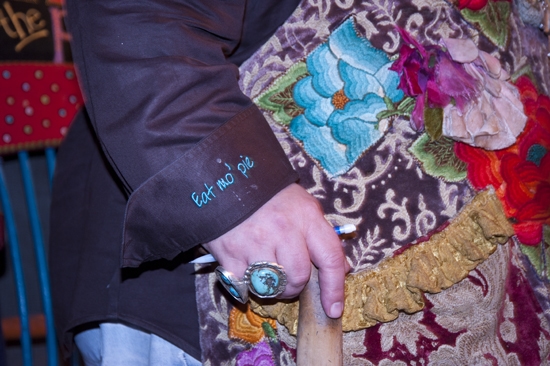 He’s serious about his pie reservations.

If you’re ever in Round Top, Texas… say to go antiquing perhaps… go to Royers. It’s a life experience worth having. A little slice of Americana to go along with your slice of pie.