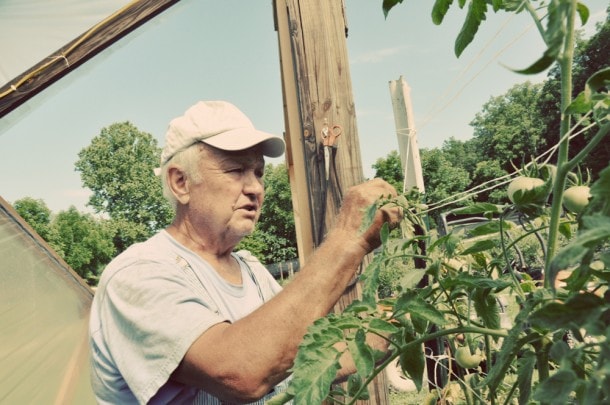 I wish I could have introduced you to my great aunt — Ann Gray.

She was Grandma Pellegrini’s sister and they lived in the same house together until Aunt Gray died a few years before I began this blog. She was one of the most colorful characters I’ve known.

She never married, which freed up her time for other pursuits. And she had many other pursuits. It wasn’t that she didn’t have the opportunity to marry, it was just that her father, my great grandfather didn’t approve of her beau, and so when he was asked for her hand in marriage, the answer was: No. 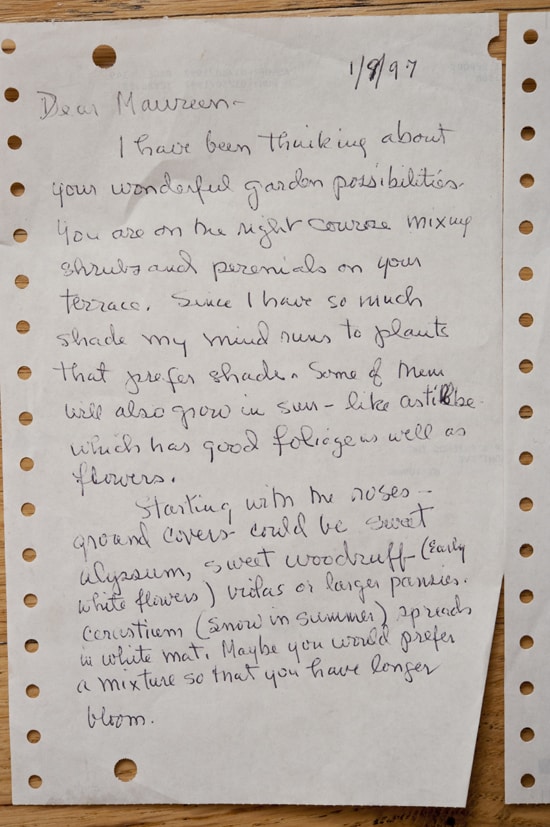 Aunt Gray, being the obedient girl that she was, accepted his decision and went on with her life. She was the worlds most committed letter writer. She saved so many of her correspondence (have you met Mary Ellen for example?) from the time she could first write until the time that she died and in a way, that is why I know so much about my family’s history. Her bedroom is still in tact and it stayed the same from childhood until the end.

One day, I opened one of the small cubbies that was built into her wall where the roof slanted and out came a wave of papers and letters. She really saved everything. There was her whole life in a string of letters. 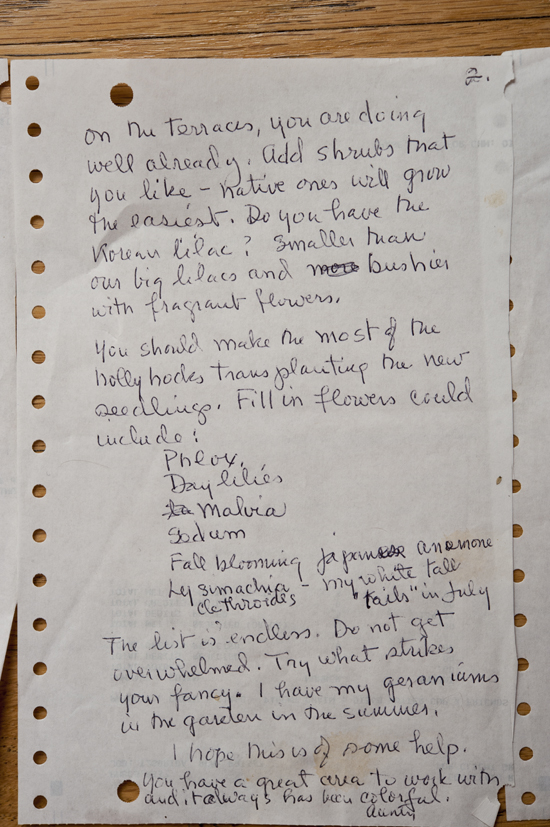 The reason I mention this, is because I found one of her letters yesterday that she had written to my mother. She was recommending some plants for a bit of Spring landscaping. 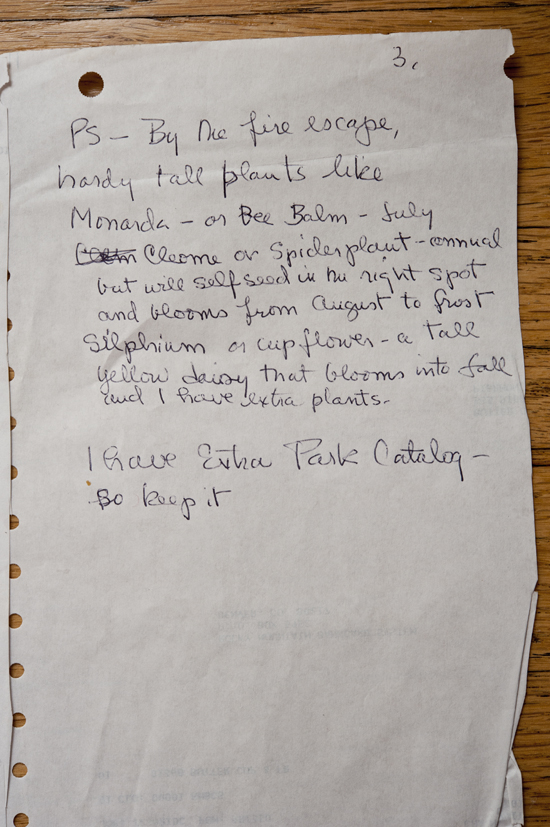 Another thing to know about Aunt Gray is that she was the president of a garden club in my hometown. She happened to know the name of every plant on our land Tulipwood. A few years before she died, we walked around the property together and she told me the name of every major tree and shrub and I wrote it down on a silver tag and fastened it to the plant. To this day, when I walk around, I see them twinkle in the sun and I think of her. 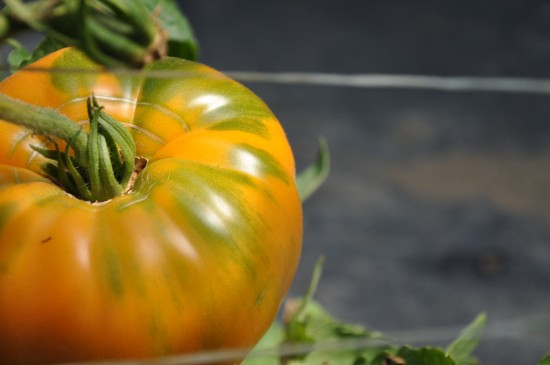 And all of that reminded me that it is time to think about Spring seed planting. Whether you’re living in a small apartment, or in a yurt, or on a houseboat, there’s no reason not to plant a few things. You don’t need much space at all to produce a beautiful tomato. Just sun and water and a box full of soil. 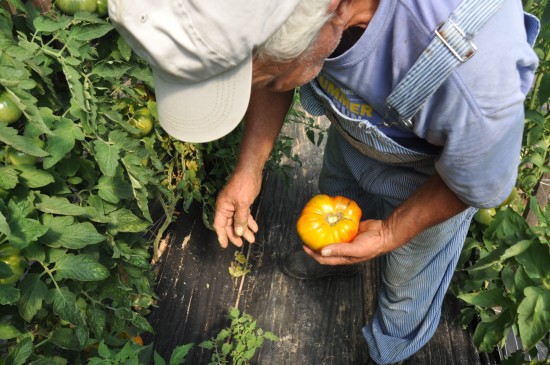 My favorite place to get seeds is from a man named Bill Best. Funny enough, he actually reminds me a bit of Aunt Gray. He talks very methodically, and very practically, and has a nice bit of puffy white hair that sticks out from his baseball cap.

Aunt Gray wore floral baseball caps, and ankle length skirts and white over sized sneakers when she gardened. Sometimes my hands are dirty in the outdoors they remind me of hers, but never enough. 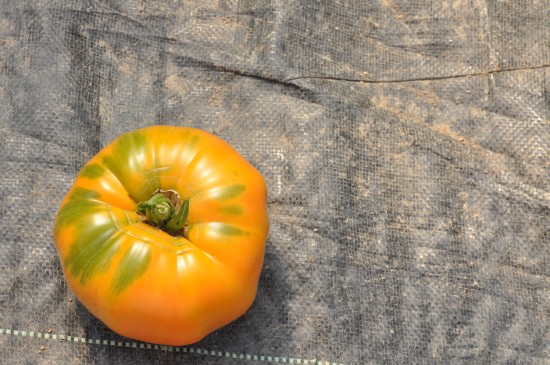 I wrote about Bill Best in my first book Food Heroes.

He is a seed saver in Kentucky who is saving varieties of seeds that are disappearing as factory farming progresses and our many varieties of heirloom fruits and vegetables are being reduced to a few genetically modified ones that can withstand a long shelf life.

His story is magical really… can you guess what his background is in?

He is all kinds of wonderful, just like Aunt Gray.

And just like her he has a knowledge that is being lost among subsequent generations and is preserving seeds that in some cases would be completely extinct if he weren’t in the world.

People send him seeds that they find in their deceased grandmother’s freezer. Sometimes there are 10 seeds that stand between a variety and its extinction. He keeps them going on his farm in Kentucky.

Bill specializes in bean and tomato seeds. So if you fancy those, you should pay his humble site a visit this Spring and look at his seed catalog. Your taste buds won’t be sorry, and you’ll be helping him and all of us keep these varieties going. And if you’re lucky, you’ll start up a correspondence with one of the richest souls on God’s green earth.