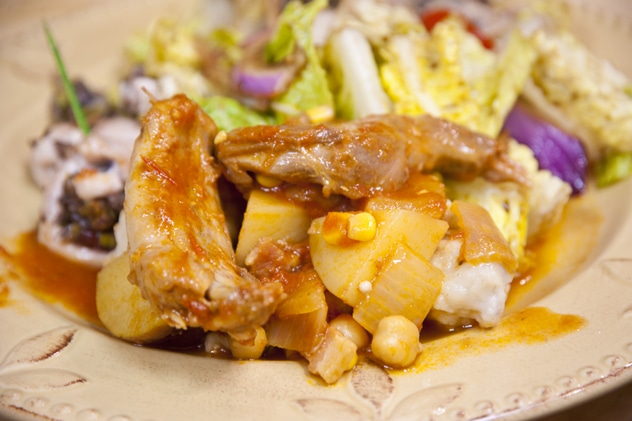 Young squirrel is good simply quartered and fried. Old squirrel is good stewed. When in doubt, it is safest to braise or stew a squirrel. Sometimes, for flavor and for whimsy, I like to add acorns to this recipe. Native Americans used to eat acorns, usually by grinding them and then boiling them. They are sometimes bitter because of their tannins, but this can be improved by grinding them and running them under cold water. Acorns from the white oak, the chestnut oak, the swamp white oak, and the Garry oak are all ideal.

This was an old squirrel, which I cooked in Arkansas a little while ago. Since I was in girl hunter mode and not photographer mode, I didn’t take a lot of step-by-step photos as I normally do. But the directions are detailed in the recipe. And of course you can be flexible and include your favorite ingredients! 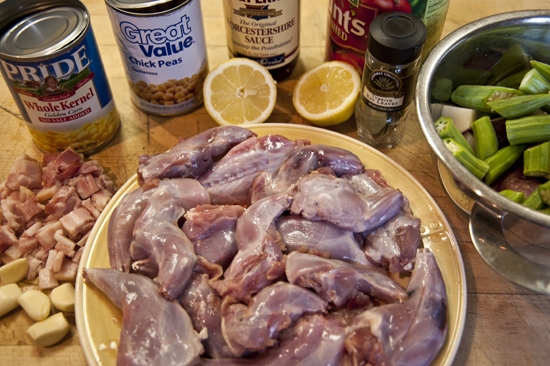 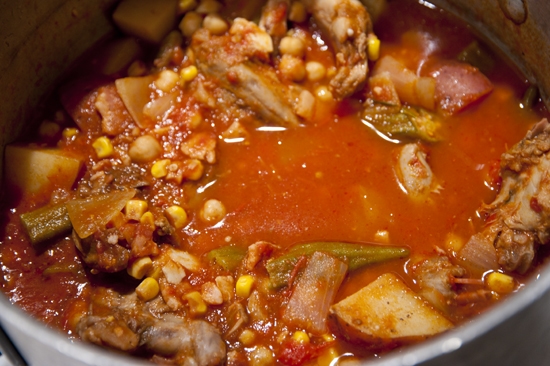 You will first par boil the squirrel in water with a nice dose of sea salt, lemon halves, rosemary, bay leaf and cayenne.  As it simmers for an hour, skim off the foam that rises to the surface. Those are the impurities, and the lemon, salt, and rosemary are particularly excellent at extracting them.

In a separate pot, you’ll render the bacon, add the onion and garlic cloves, deglaze with the beer, and then add the remaining ingredients. Once you saute them for a few minutes, you’ll add 2 cups of the squirrel cooking liquid from the other pot, then the squirrel and Worcestershire sauce. You’ll cook this for another hour until it is all tender and stew-like. Then season it to taste. 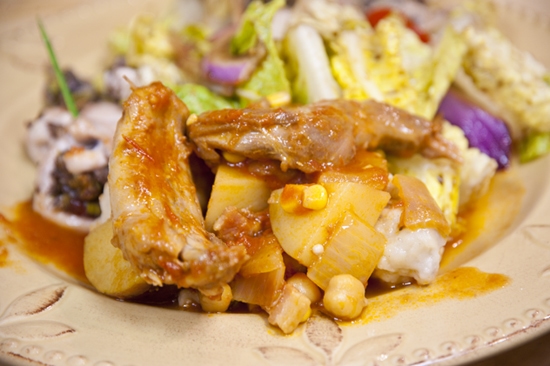 Give it a try! And of course if you don’t have squirrel in your midst, other proteins will work well. 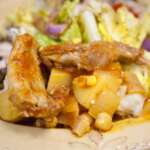