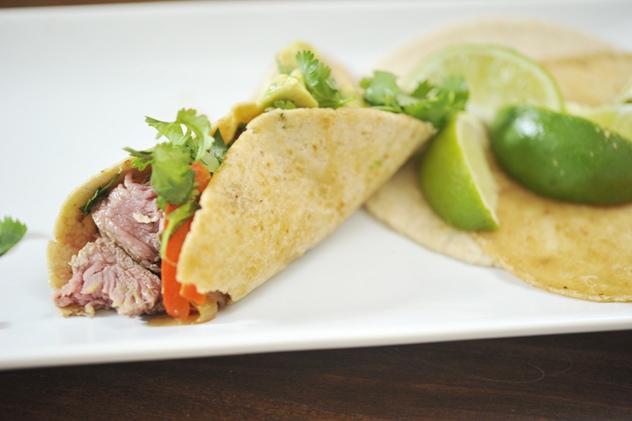 One of the perks that comes with being a chef who hunts is that I’m sometimes gifted exotic foods. For example, in the past week I was given beet and mint ice cream, a box of olive oil from someone’s farm in Greece, and a bag full of oryx meat that a Texas guy had hunted in a nearby Texas ranch. I was teaching a cooking class and doing a book signing and these were some of the lovely things that people brought with them.

I had never tasted oryx before, nor had I ever hunted it, but I can tell you that it is an antelope from Africa that has been introduced to certain parts in the U.S. for game hunting. It can be an expensive thing to hunt oryx, and since I tend to be more of a local woods girl than a big game ranch hunting girl, I had never had the opportunity to hunt oryx. Until, I randomly did a book signing and cooking class and a lovely man brought me some!

It was delicious. It had the following characteristics:

1. It was dense, more dense than elk or venison that I had tasted

2. It was flavorful and very “red,” meaning you have to be a hard core red meat type of person I imagine to be down with the flavor

Here is my recipe for oryx fajitas that I put together. You could easily make this with venison, elk, beef or your other favorite protein. 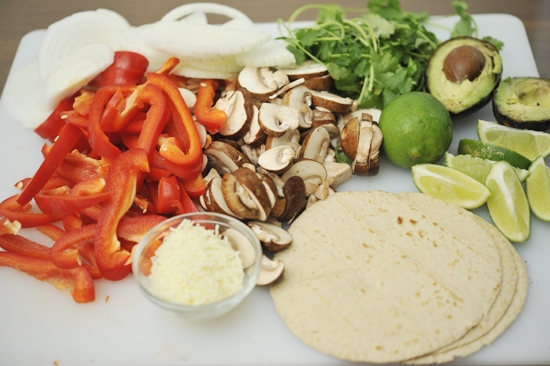 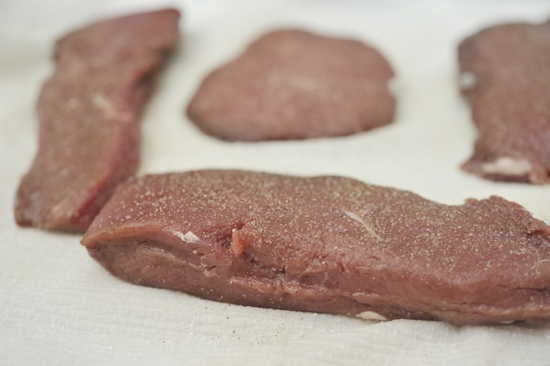 …and oryx! Or some other protein.

Season your meat well on both sides with salt and pepper. 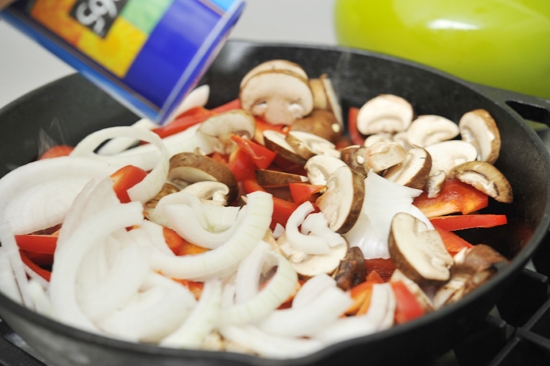 Get two skillets out. In the first, add the onions, peppers and mushrooms in a bit of oil over high heat. Season well with salt and pepper to help release the juices. 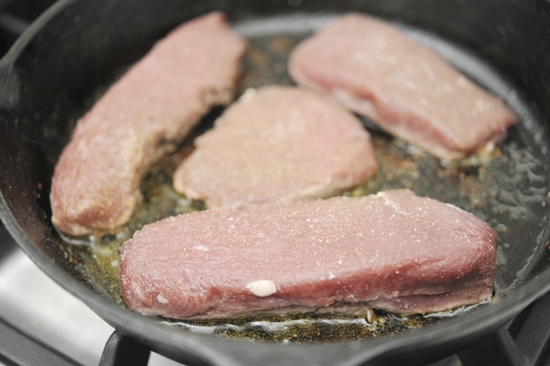 In another skillet, heat some oil over medium-high heat. Sear the oryx on one side for about 3-4 minutes until nicely browned. 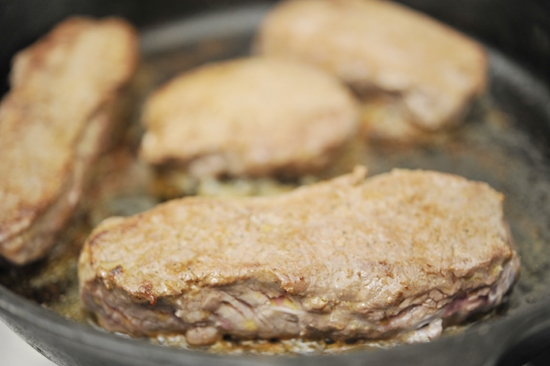 Turn it over and brown on the other side for 3-4 minutes more. You want a nice pink inside so that you can taste the true flavor of the meat. 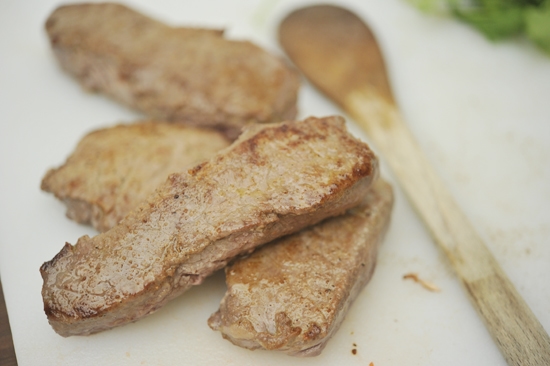 Remove the meat from the pan and let it rest for at least 5 minutes to help retain the juices. 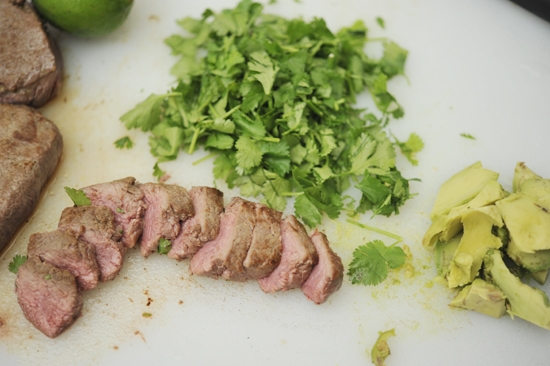 Slice it up into nice pieces, whatever thickness you’d like for your fajitas. Also chop up the cilantro and slice the avocado. 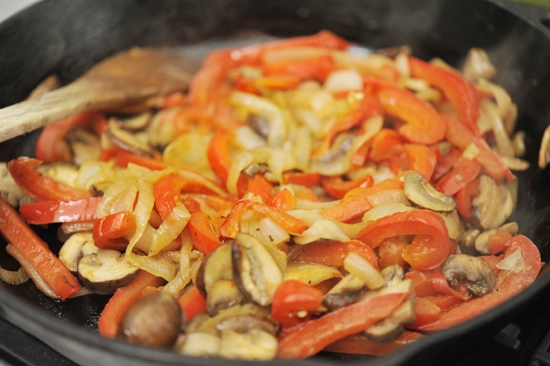 By now, the veggies should be getting nice and soft. Toss them every so often to help them cook evenly. You want them to be super soft in my opinion which will take 15-20 minutes. 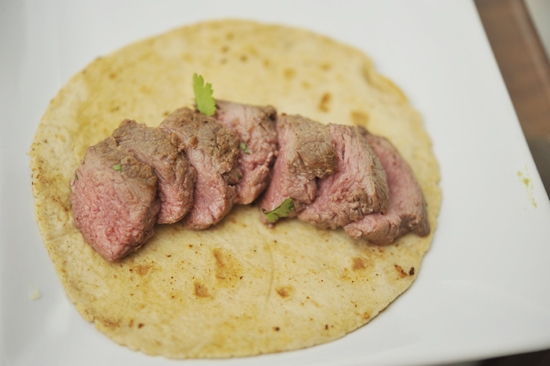 Then you build your fajita. You can lay all the components out on a plate so that you can have a build-your-own-fajita buffet. 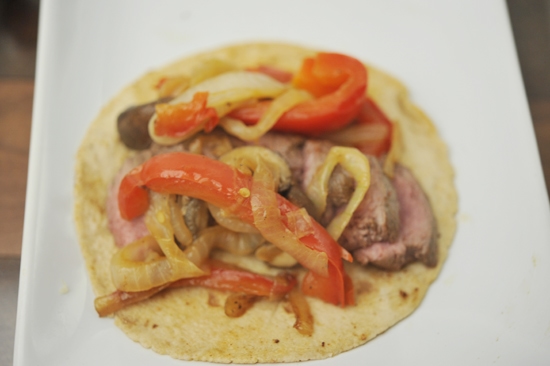 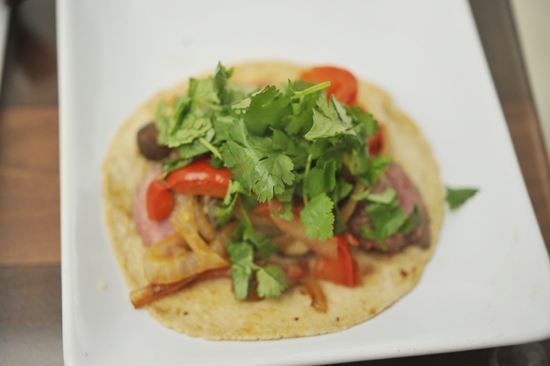 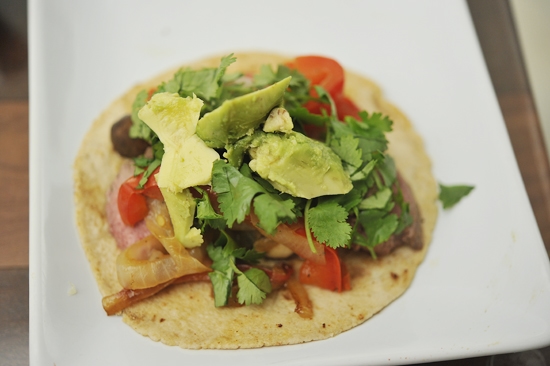 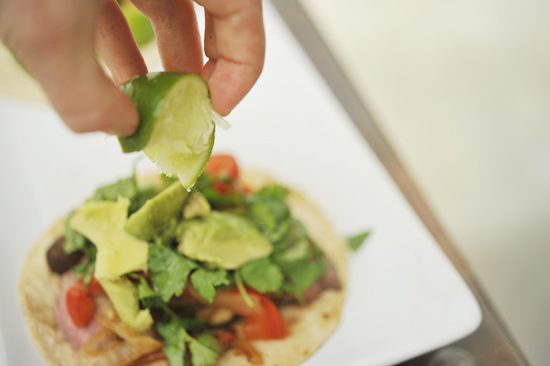 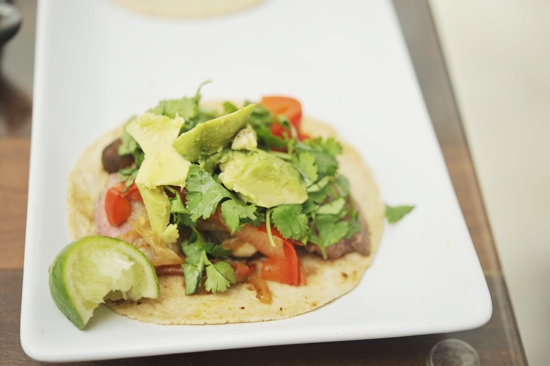 Pile it all on. You could even add pico de gallo here, or salsa or whatever else suits your fancy. 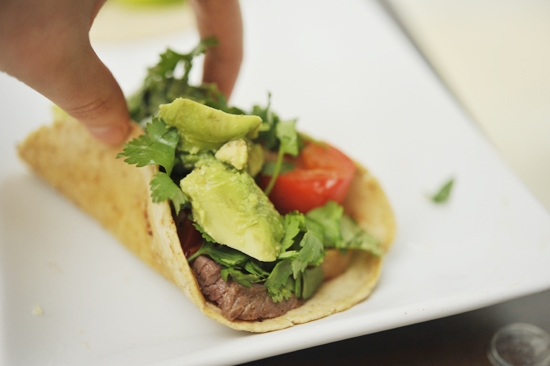 Gather it all up…

My stomach is growling. 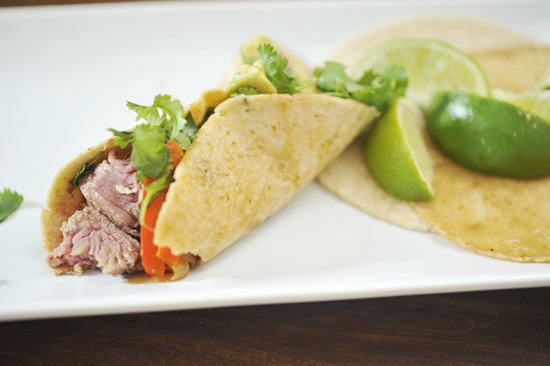 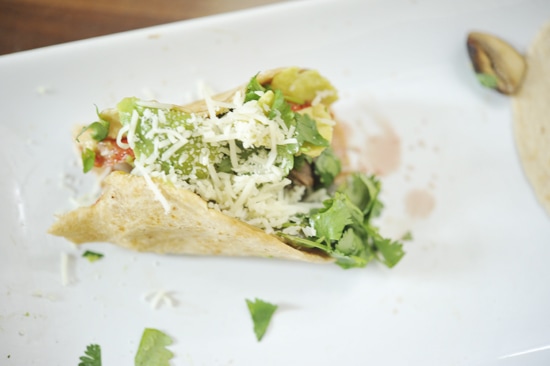 And don’t get so hungry that you forget the cheese like me! The cheese is necessary.

Give this a try guys! Cinco de Mayo is here and wild game fajitas are a fun way to celebrate.

Here are some places that will mail order antelope and other exotic protein, plus I sell some fun exotic meats in my shop: