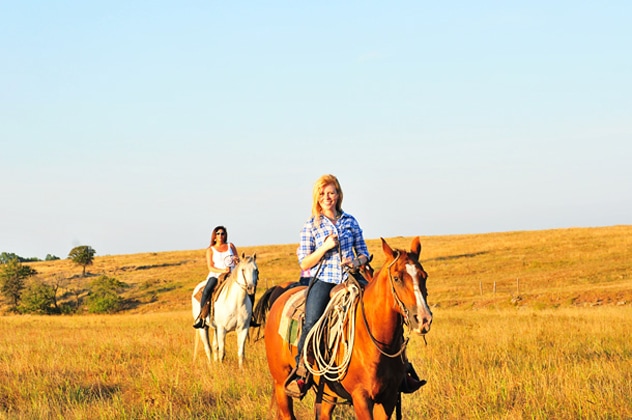 A few weeks ago I got in my car in Austin and headed north. I didn’t know very much, all I knew was that there was an event happening at my friend Ree’s ranch in Oklahoma and that I should come if I wanted to. I didn’t know who would be there or what I’d be doing or really even how to get there exactly… but I took a leap of faith because that was the thing that felt most right.

I got lost a few times, but it was kind of fun.

I made a few calls, stopped off at Sonic for a diet Lime-ade (it has real limes people!) and I may have had a milkshake too, I can’t be sure, except that I am sure and it had whipped cream and a cherry on top.

And I kept driving and the terrain began to change as I did.

It became more vast and endless… mesmerizing, like the way it feels to look into a campfire or out into the sea. 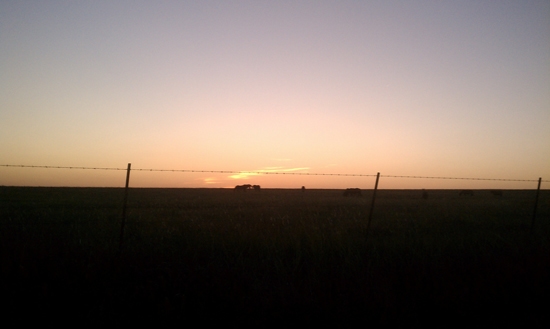 I finally pulled into the road that felt like it might be right. It didn’t have a sign but it was gravel and I was going with my instincts this whole trip. “Trusting my jockey’s” as my friend used to say. You know, the little men who make decisions for your horses.

As I was driving it was sunset and it looked like this picture. The cattle and wild horses were milling about as the pink sunset glowed and slowly melted away.

And then, I finally rolled up to a lodge just when it became dark, parked my car and opened the door, with absolutely no idea who was inside. It was all going to be a surprise.

And this is who was inside: 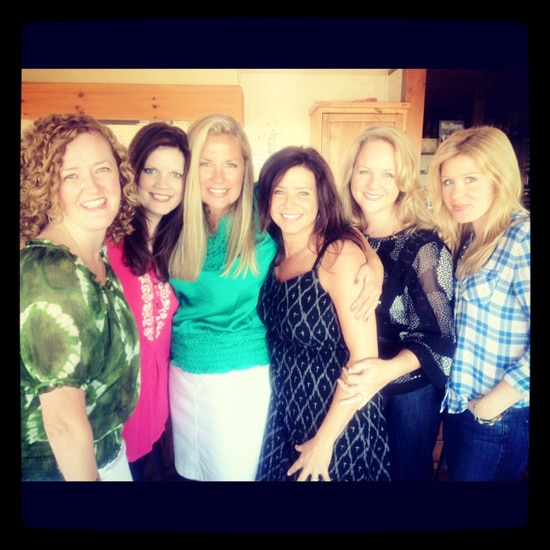 Literally some of my favorite people that walk the earth. My friends, who also happen to be food bloggers. Yes, we met on the internet long ago, but now they are my soul sistahs.

Ree and Meseidy and Rebecca were also there.

I started crying and so did some of the others.

These were the people I most wanted to see in the world at that moment and I had no idea they would be there. We hugged a lot.

Then Ree fed me a big ‘ol steak piled with crab meat.

Then she casually whipped up a chocolate cake and I ate it while it was still warm.

I’m so glad I trusted my jockeys and came to Oklahoma. 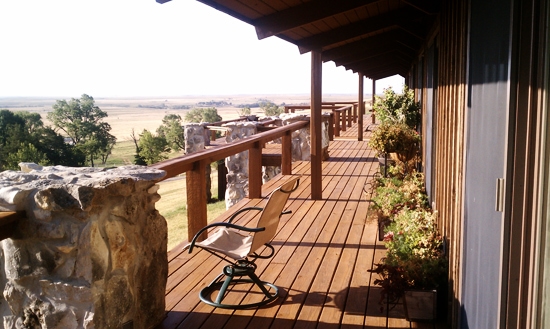 The next morning a moseyed out onto the deck and admired the panoramic view. 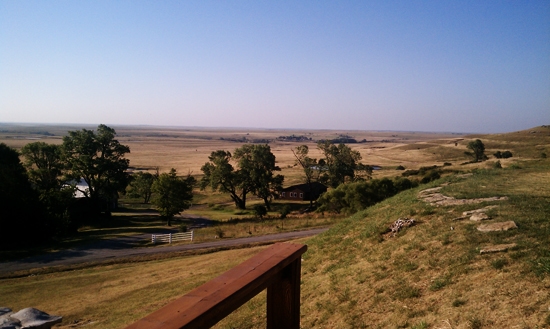 Even by day, the plains still went on and on as far as the eye can see. Can you imagine if this were your view every day? 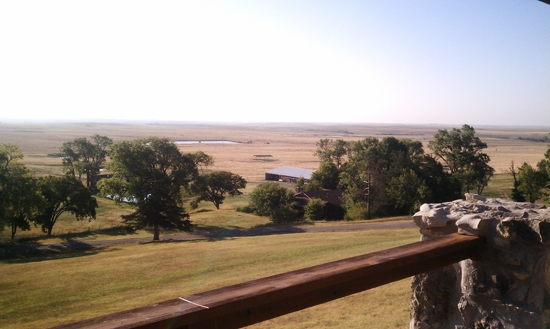 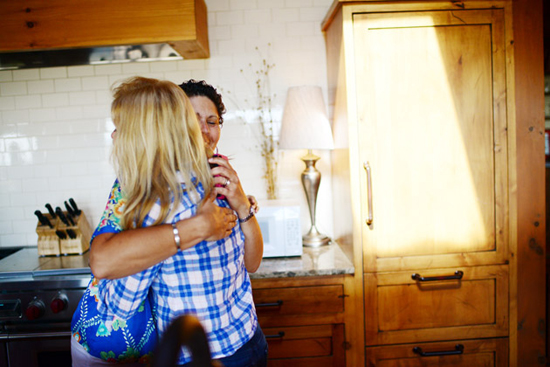 In the morning some other friends visited for the day of cooking we were going to do with Rebecca. This was Julie who I’ve been bonding with over the internet for quite some time now. She’s had some health scares but she is getting through them and it was so wonderful to hug her. 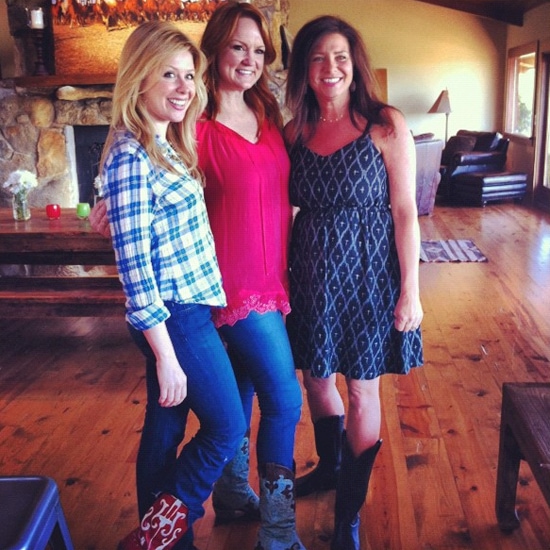 Then Ree, Sandy and I flashed our cowboy boots for the cameras. 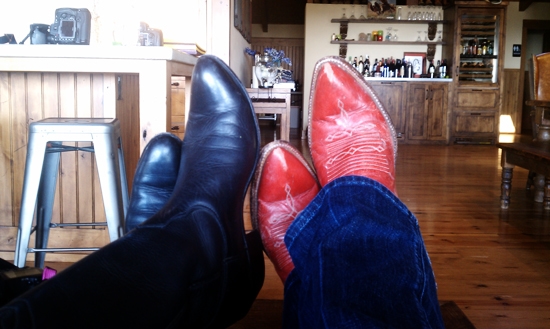 Then Sandy and I put our feet up together and relaxed on the couch before our cooking session began. 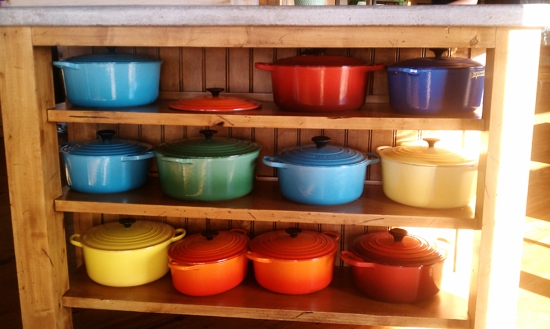 I would like to state for the record that this is my idea of heaven. If you’re ever wondering what present I would like, it is a shelf full of Le Creusets in all of the colors of the rainbow. In case you were wondering. 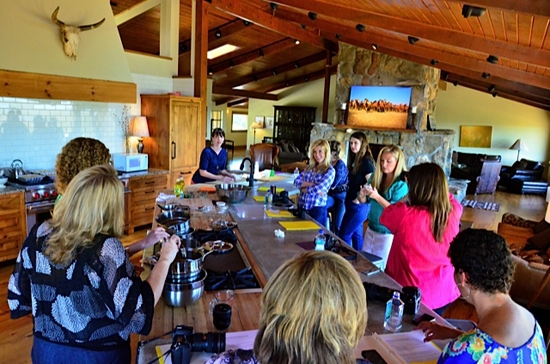 And then we made cheese. And roasted red pepper spread. And bread with the leftover whey.

There were a lot of “whey” jokes being passed around. We were glorious dorks. 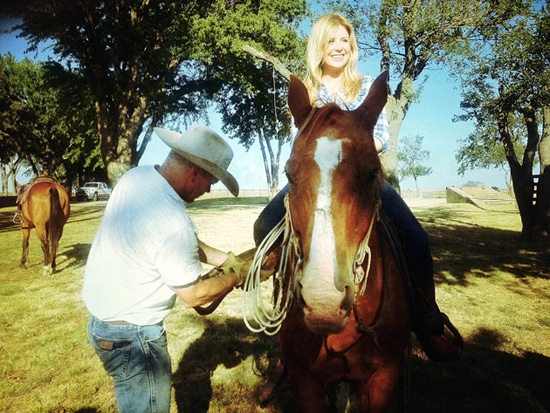 And after all of the cooking was over, we spent a little time herding cattle.

I hadn’t been on a horse since February, but I have to say I really love it when I’m on a horse. 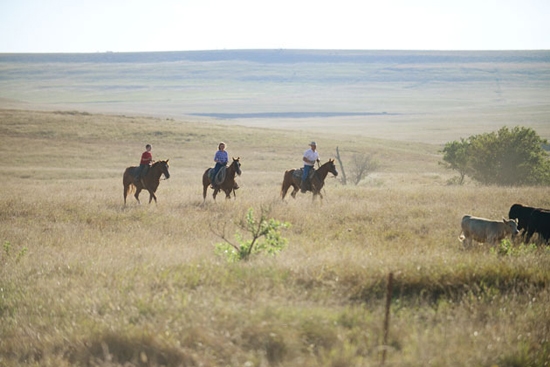 Ree’s husband and youngest boy gave me a little instruction on how not to get tossed around, which worked nicely… ya kind of lean forward and sit up on your feet… it helps you move with the horse. 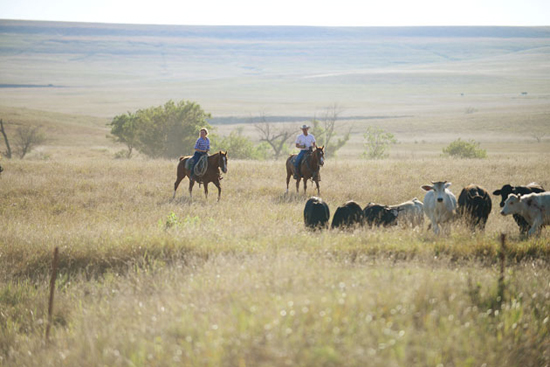 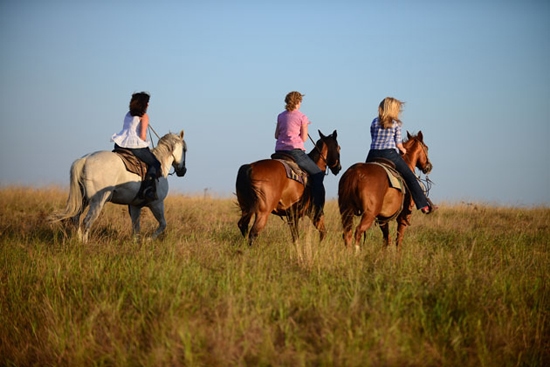 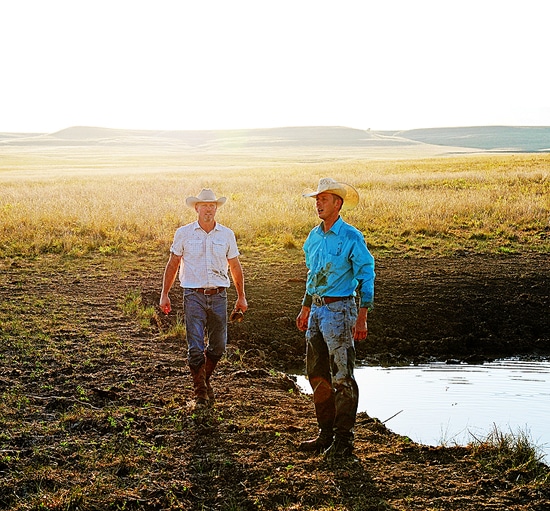 And then we met up with Cowboy Josh and Ree’s husband, who we all know as Marlboro Man. They had to get an old cow out of the pond. She was stuck in the mud and needed some help. 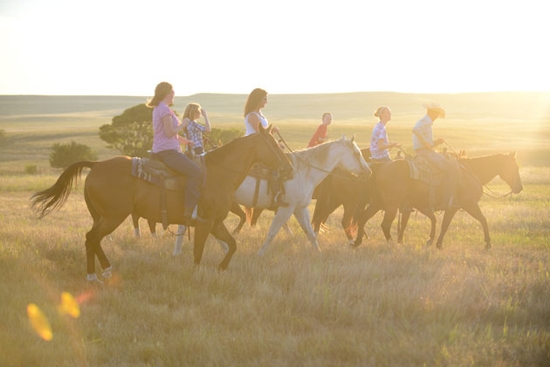 The sun was setting again by now in the glorious way it seems to set only in Oklahoma. There is a special kind of light that comes with the vast endless plains there. It really is magic. 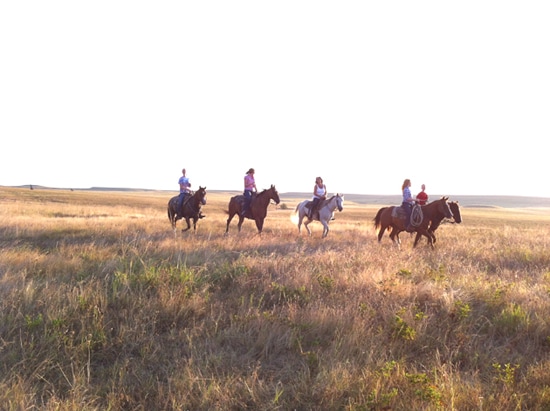 It warms your face and your soul. 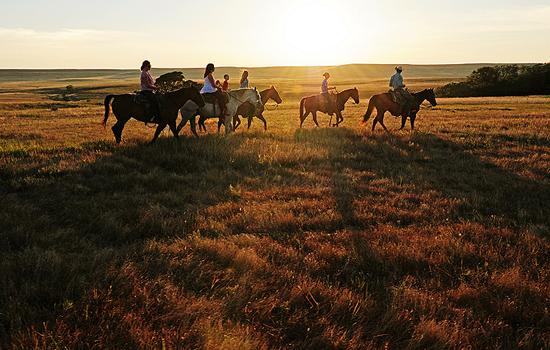 There was something very freeing about the experience of herding the cattle and galloping along. Sometimes I let the horse go fast because I liked the feeling of the wind in my hair. 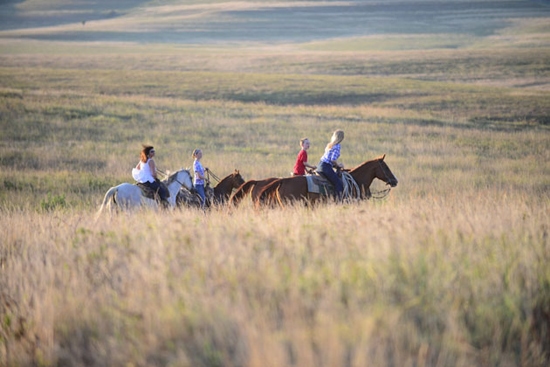 And then I learned a few things. For example, Ree’s youngest boy started telling me about all of the best movies out there that I had to see, particularly the action hero movies. Then he told me he was developing a secret language so that he and his brother could communicate. He taught me a few words.

“What’s my name in your language?” I asked.

He paused and was thoughtful for a moment. Then he looked at me and said earnestly, “Chocka, Mocka, Locka, Wocka.”

I nodded solemnly, accepting this new found name with the same importance with which is was bestowed upon me. 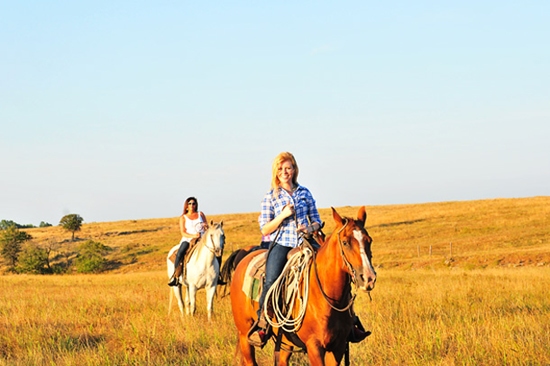 I would herd cattle every day if I could. 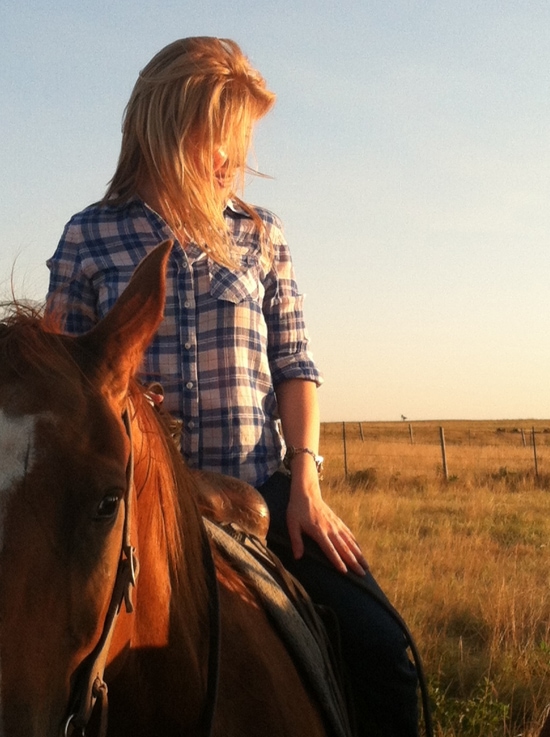 Wind in my hair, sun warming my face and my soul, you can call me Chocka, Mocka, Locka, Wocka.