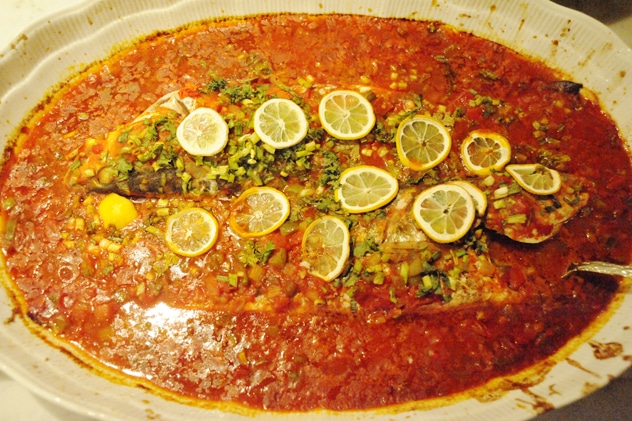 A few weeks ago in  Arkansas, my friend Paul Michael made a dish he makes regularly whenever someone has caught a nice redfish or bass. They all call it “coo-bee-on” and so I just assumed it was another one of their local regional dishes that this Yankee was unfamiliar with.

And then I saw it written down.

“Courtbouillon!” I exclaimed. It’s actually French, and if there’s one thing I know from all of my culinary school days, it’s French food. It’s just how my Southern friends have adapted the name to fit their tastes, I suppose.

Here is how he makes it, it is delicious.

Start by gutting the fish and scraping the scales with the back of a knife or a spoon. Scales aren’t delicious. 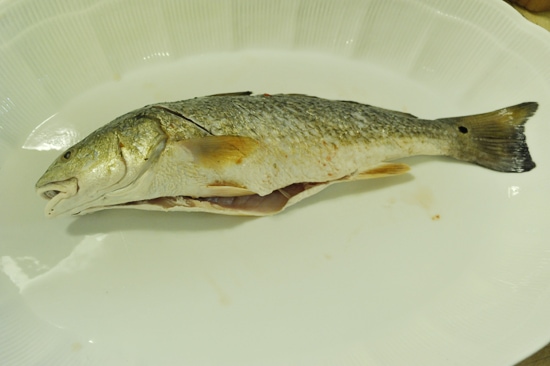 Give it a nice rinse and pat it dry inside and out.

Lay one or two fish in a baking dish that will fit them fairly snugly. We were using two fish so our baking dish was a bit larger. This awesome baking dish from my shop would be a perfect candidate.

You’ll also want to make sure you score the fish about 1/4-inch deep on both sides so that it doesn’t curl while it cooks. Make about 3 lines between the dorsal fins and tail. 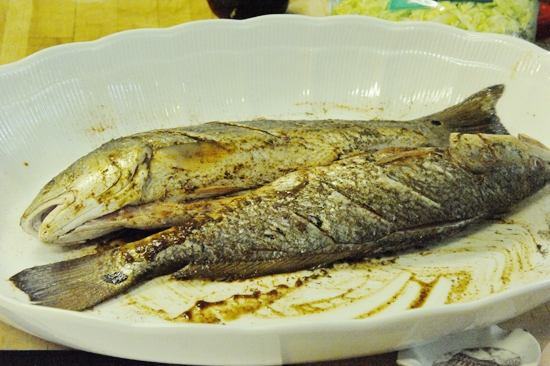 Next rub them inside and out with the oil and salt and pepper. 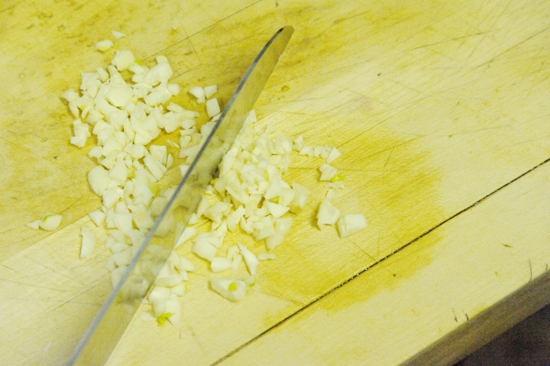 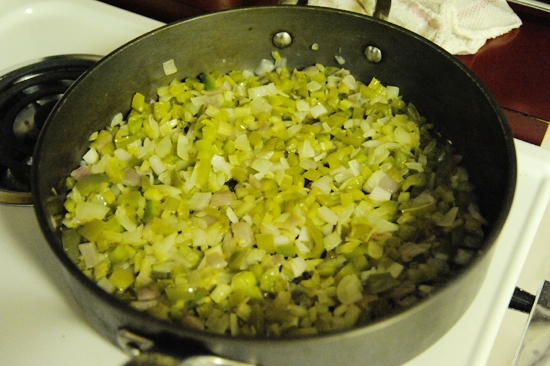 Start by sweating the onion and pepper in oil until soft and translucent. 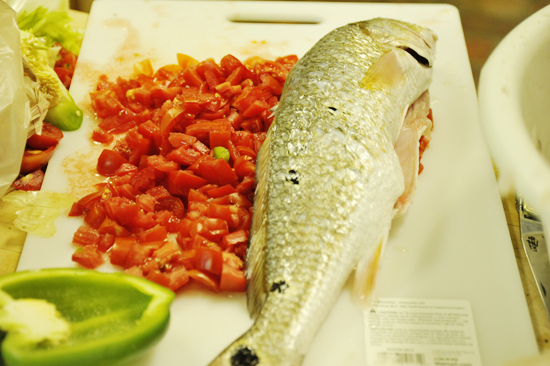 Then add your tomatoes and garlic. 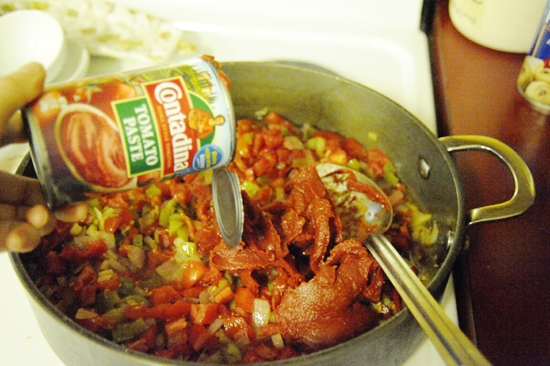 And your tomato paste. Then add water and bay leaf and let it simmer until the sauce is thickened and reduced by about 2/3 to 1/2. 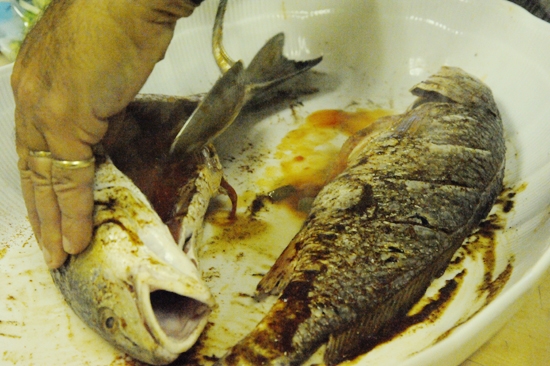 Once the sauce it ready, spoon it inside the fish… 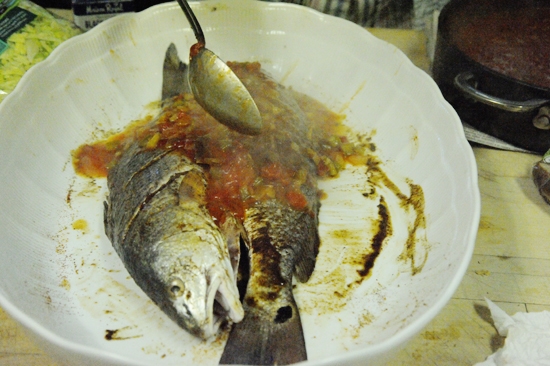 As well as all around the fish. 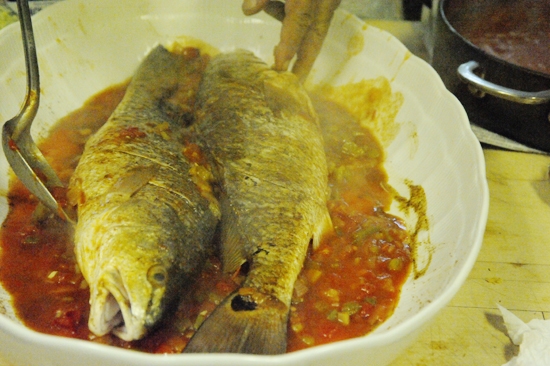 Give it a nice bath until it is all in the baking dish. 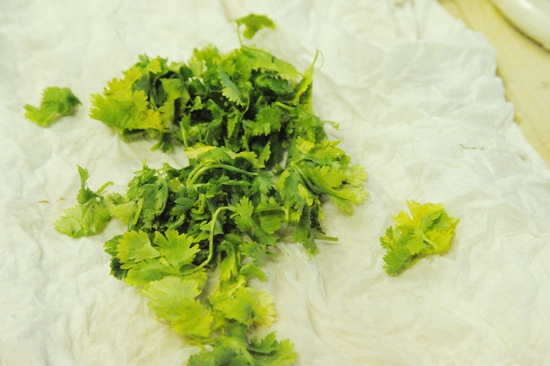 Sprinkle chopped cilantro over the top. 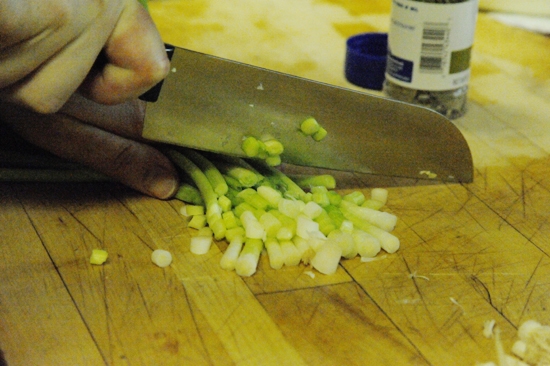 Finely slice some green onions and sprinkle them over the top… 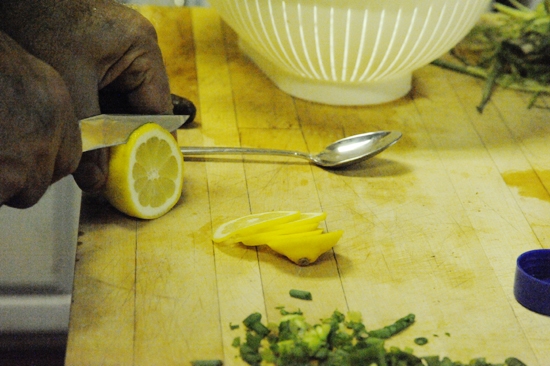 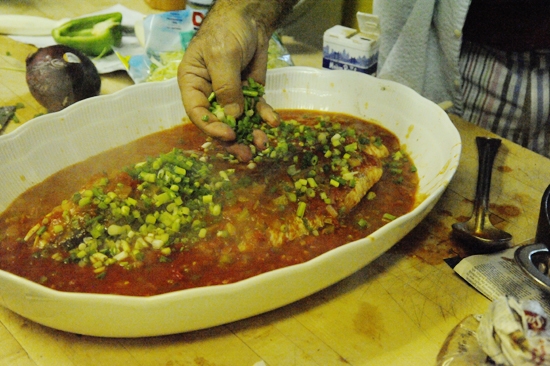 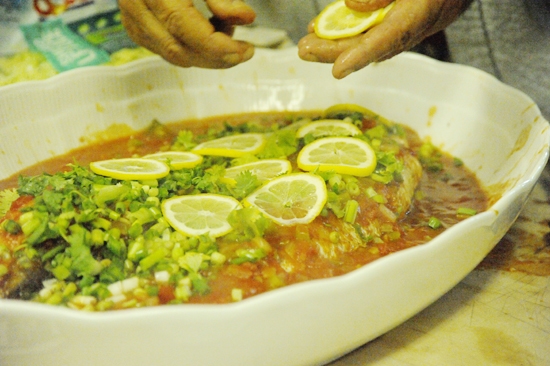 Lay the lemons out… 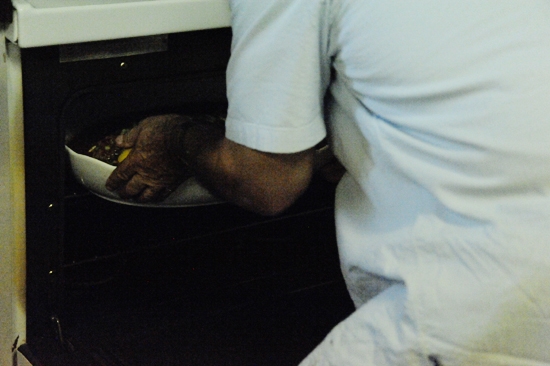 Pop it in the oven for about 40 minutes to an hour, depending on the size and amount of your fish… 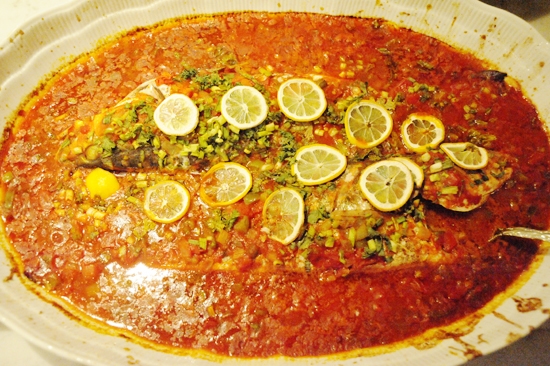 And it will be beautiful and lovely and stewy. Some people like to eat the fish heads and cheeks the most. But it will be easy to scoop out and serve and is especially good with a pile of rice.

Get yourself some whole fish and give this a try my friends!

And don’t forget, if you don’t have redfish, this also works great with bass. 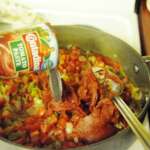