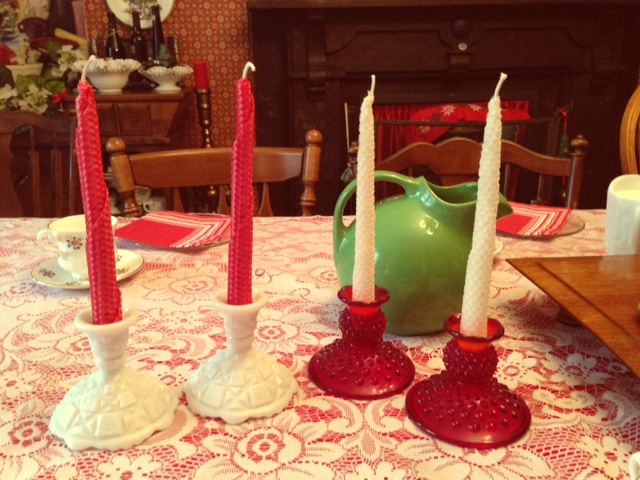 Have you ever made homemade candles? I grew up making them from time to time, but it entailed dunking a wick into a pot of melted golden beeswax, letting it cool slightly, and dipping again. This went on and on until I had a nice fat candle. This version which I did last weekend is much easier with a lot less clean up. It would make a fun Valentines activity. I did it with family in between dinner and dessert on a Sunday. It’s that quick.

And even better, burning beeswax sends negative ions into the air to balance out the positive ones, which means that all of the toxins, debris and dust in the air are cleaned when you burn beeswax. It’s Mother Nature’s way of purifying. You’ll find that you sleep, study, and relax better when a beeswax candle has been burning.

If you want to make beeswax candles in a jar, watch this video:

To use beeswax sheets, here is the photo step-by-step: 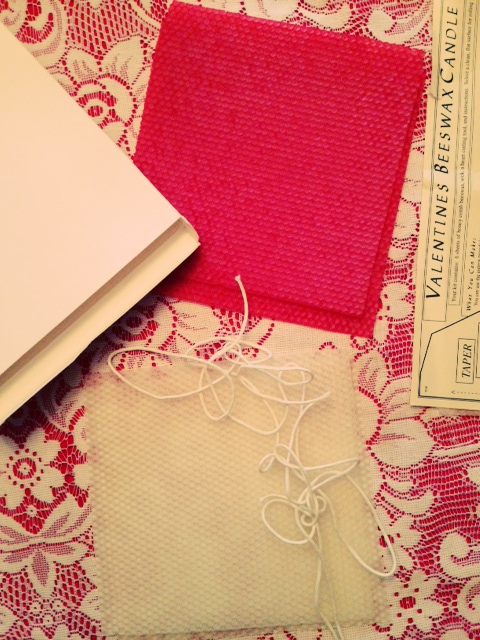 You start with sheets of beeswax and a length of wick. You want to make sure the wax isn’t too cold so that it can bend easily. 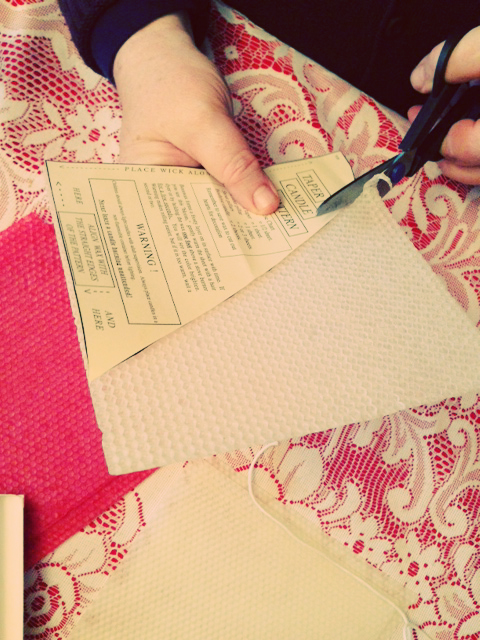 Cut the wax into this shape shown above, basically a right angle triangle with the top squared off. 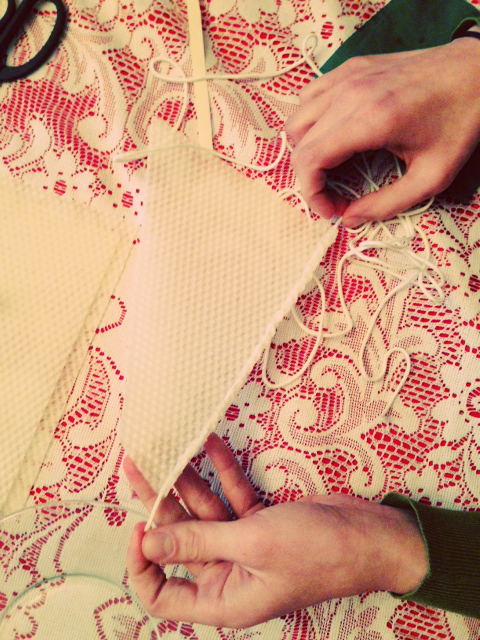 Lay the wick onto one side and fold the edges of the wax around it. Leave 1-inch of wick sticking out of one end and…

…trim the end of the wick  on the other end so that it is flush with the bottom, then continue to roll. 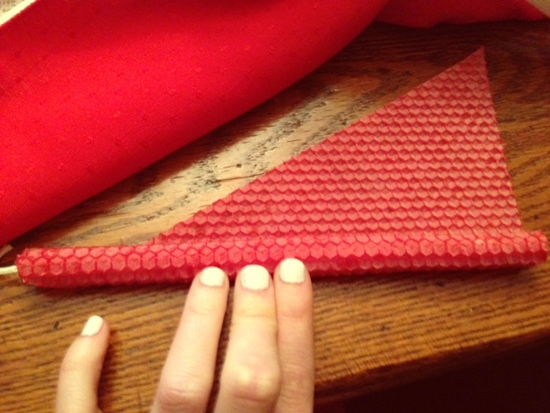 You can use all kinds of colors depending on the season. 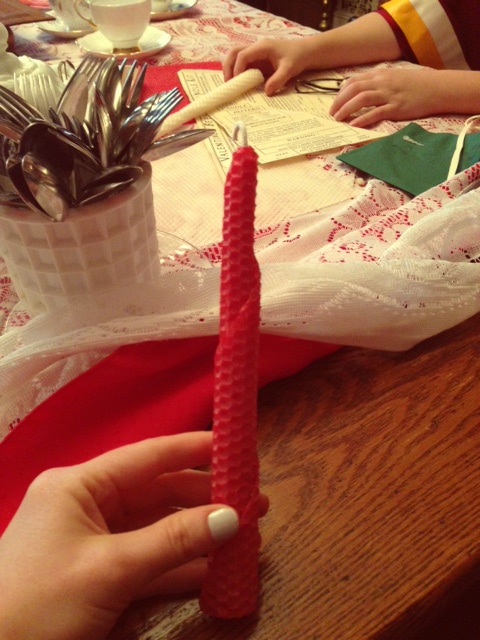 It will be tapered with a bit of a spiral going down once it is all rolled up. From there you can cut out other shapes in the sheet of wax and press them onto the candle for an extra design. Hearts perhaps? 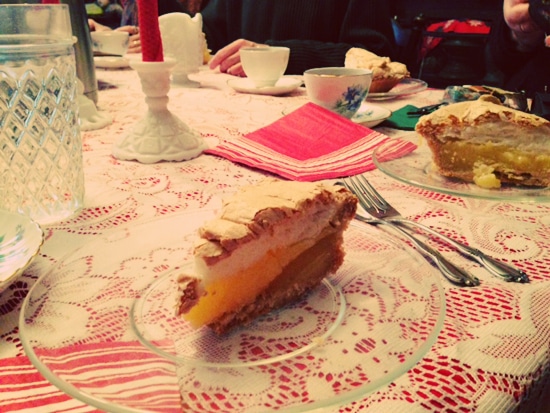 It was a super fun activity between courses, followed by a heavenly lemon meringue pie. 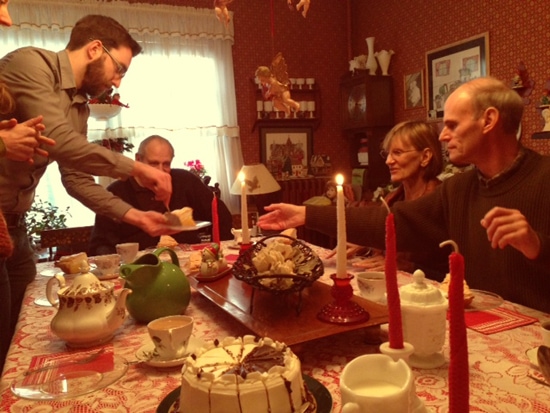 It’s fun to eat dessert to candles of your own creation! Try this at home with friends or the kiddos. 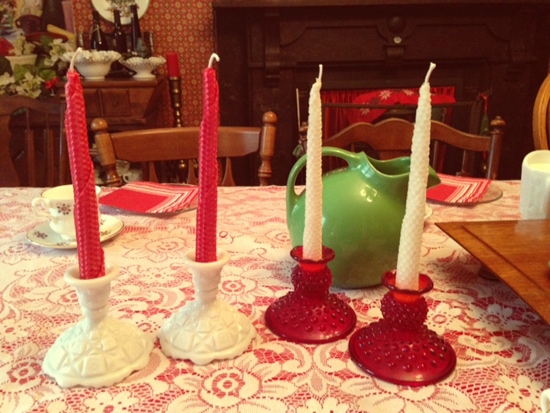