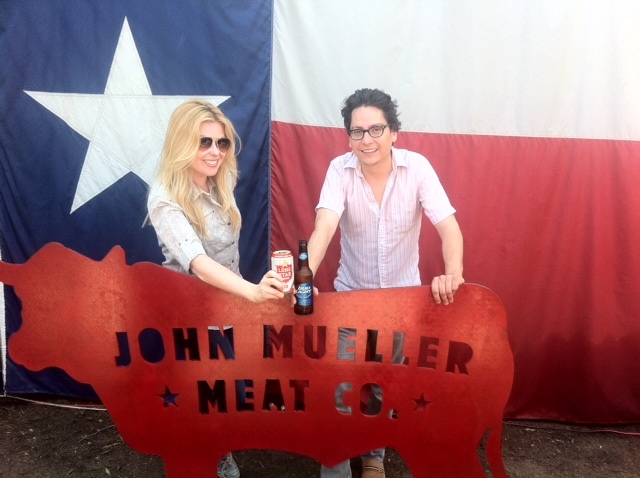 A lot happened in May. It is all a blur really, that blends into June so that it is hard to say where and when it all began and ended. Here is much of what transpired, my friends, in all of its gory and glorious detail. 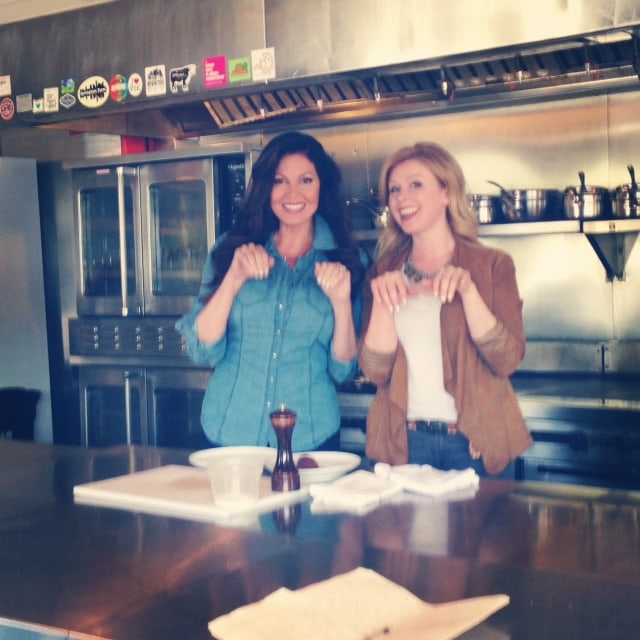 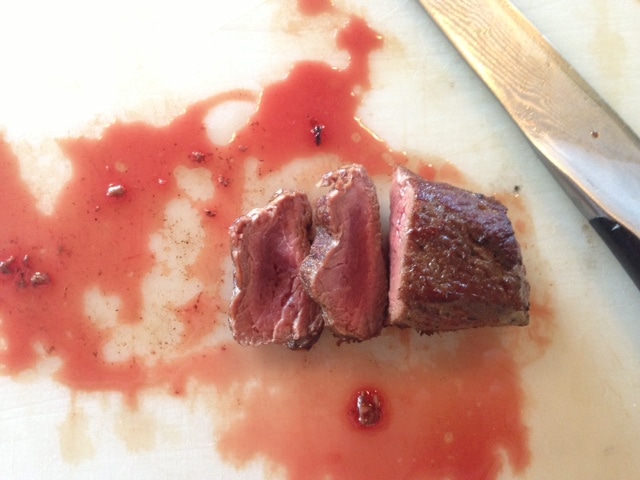 Raise your hand if you’ve ever had kangaroo!

I personally love it, it is slightly sweet, very lean, and sustainable seeing as there are 60 million of them hopping around the earth. 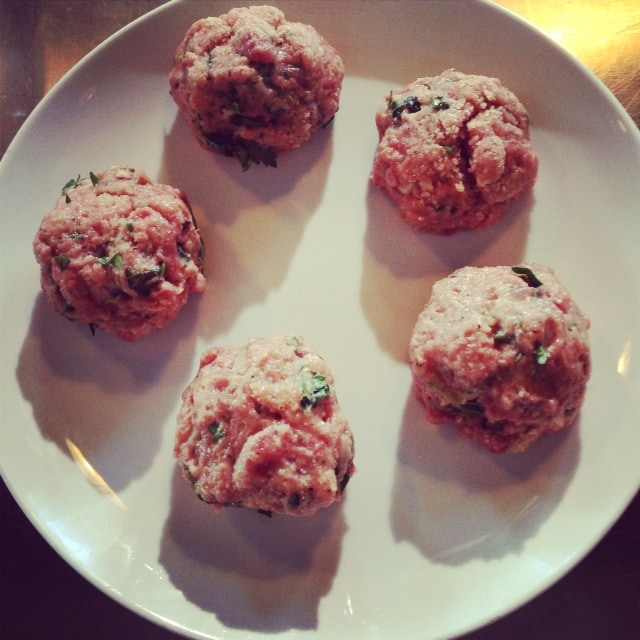 I made lion meat as well. Lion meatballs to be exact. This was the most controversial protein to be sure, it seems that people take issue with eating the king of the jungle. But what I say is, what makes a cow’s life any less valuable than a lion’s? If you’re going to eat meat, be an equal opportunity consumer, and pay attention to where it’s come from.

What do you think my friends? 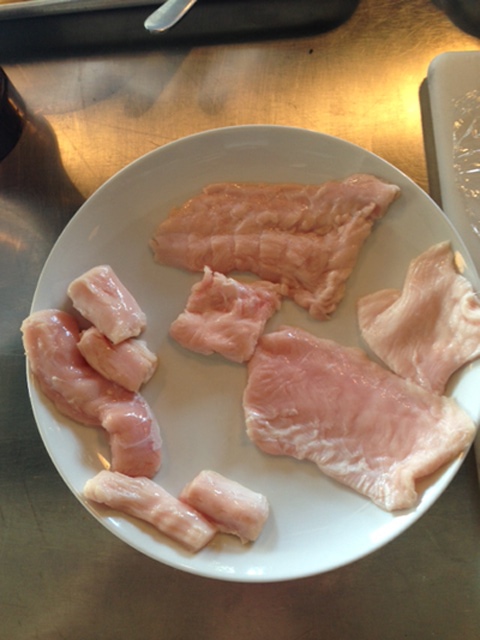 The third dish I made was python. Python! Snake. MMmm, I called it “snake schnitzel,” because I had to pound it out very well, (it is pure muscle after all), then I breaded it and made it into a fried cutlet.

Have you ever had snake? 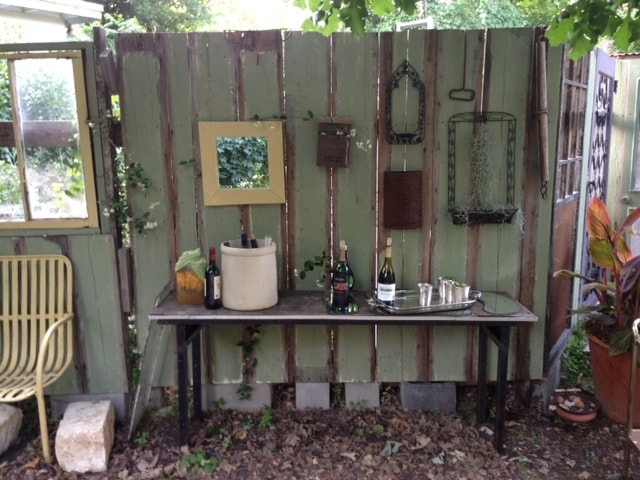 Then I did something a bit more dreamy, I went to a “Dream Potluck,” that is what the host called it, and given her amazing garden, which feels like a movie set, (it has a stage!), I think that was an appropriate title. 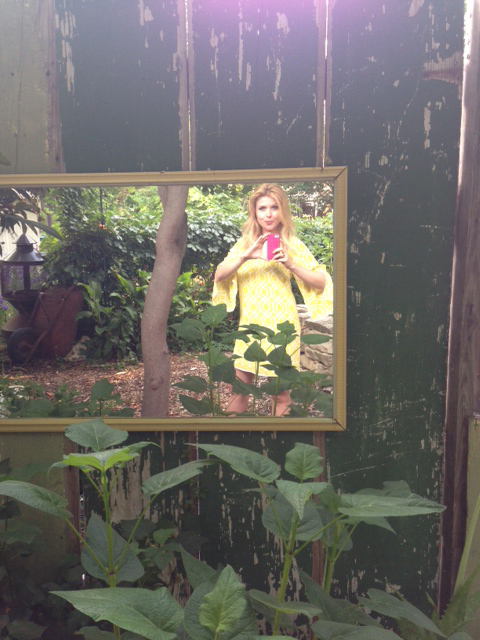 I was yellow at the Dream Potluck. 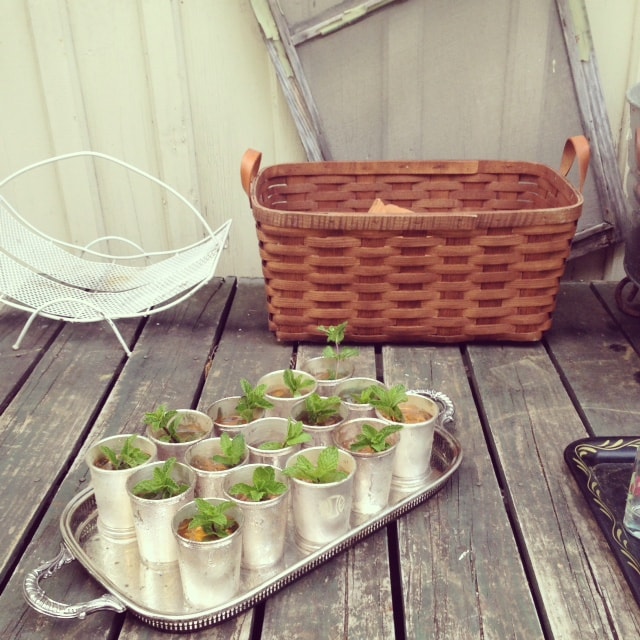 And there were mint juleps! Made by my friend Becka in her grandfather’s silver mint tulip cups. They were wonderfully cold on a very warm Austin evening. 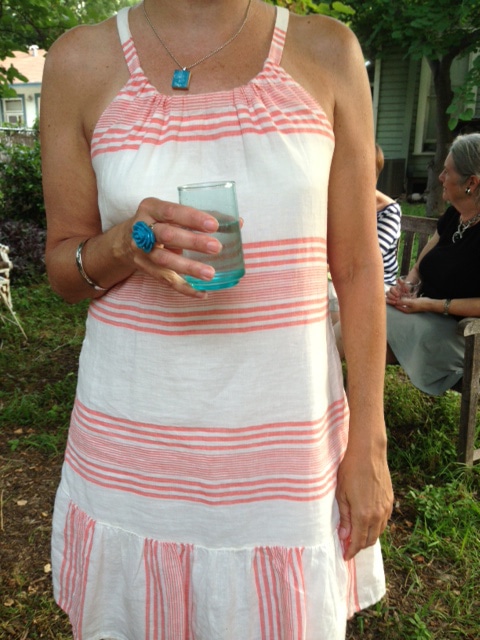 My friend Carlotta was there and I just couldn’t stop myself from taking a picture of her outfit. Even her glass matched. More on her other talents in a minute. 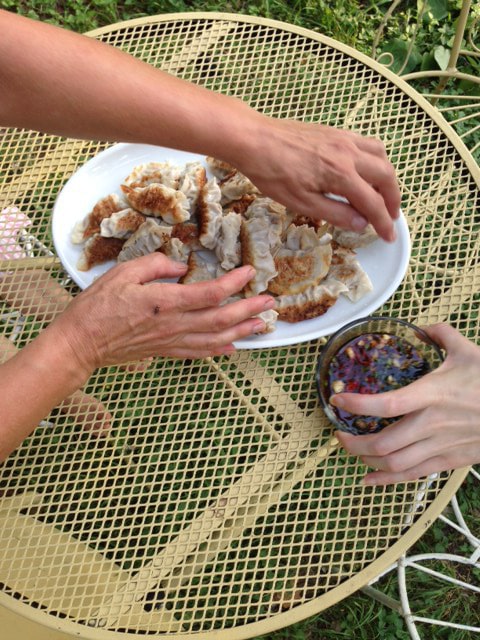 Friends, there were wild boar pot stickers at this Dream Potluck. They were out of this world. 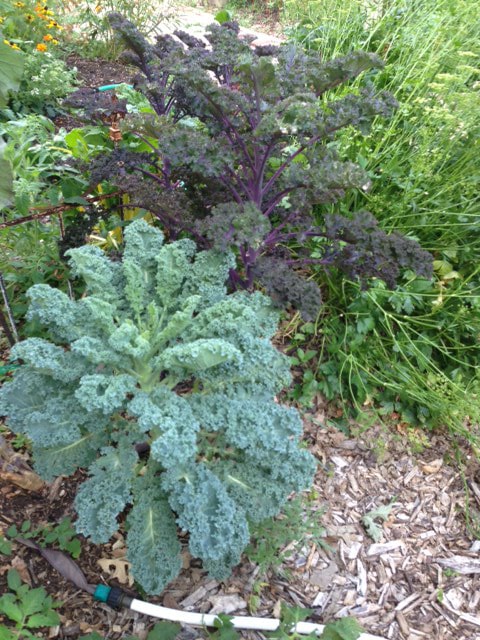 The garden was full of things I also wanted to eat. Some purple and green kale. A big bunch of parsley… 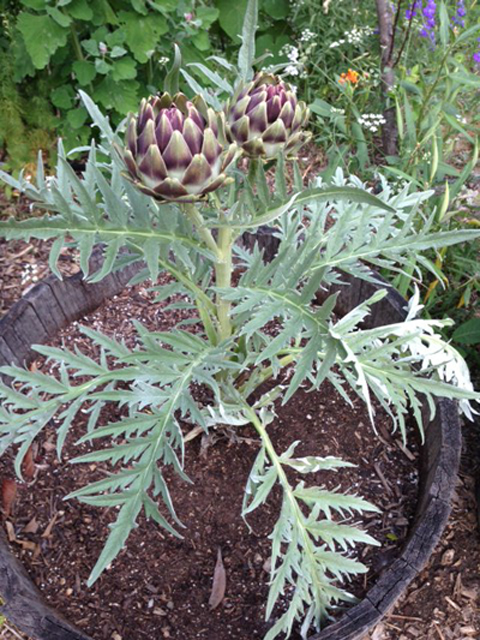 Artichokes! Oh how I love artichokes. 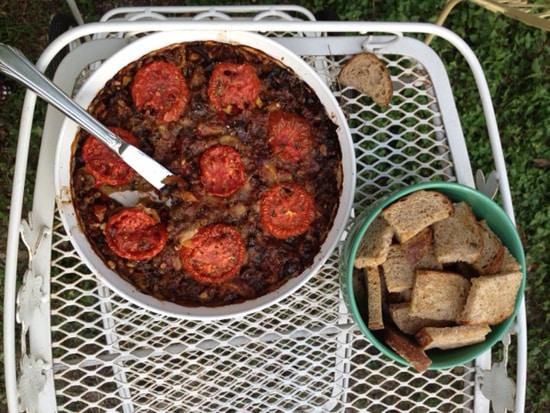 There was this roasted tomato tart with dipping toasts. A+. 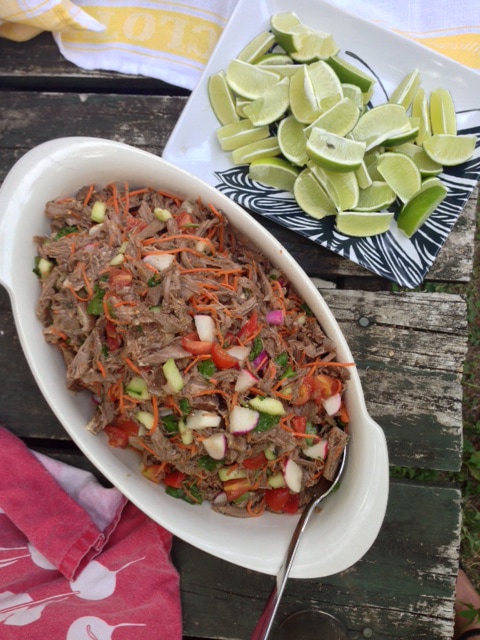 And there was my braised venison tacos! I posted that recipe a little while ago, so check it out here if you missed it. 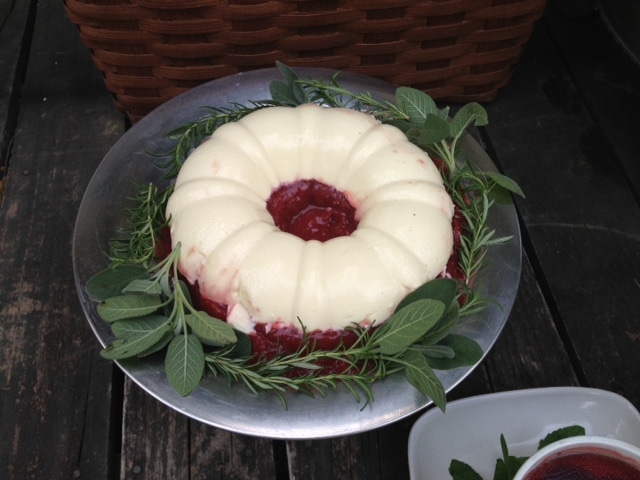 This was a jello mold, but it wasn’t the kind of jello mold that I am used it. It was filled with creme anglaise and a wonderful raspberry filling. I couldn’t stop eating it. 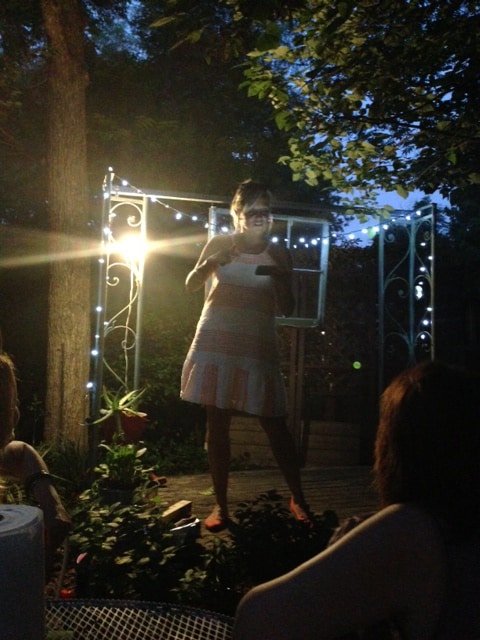 My friend Carlotta is famous for her puns. She won a pun competition here in Austin a few years ago and she performed several on stage for us that evening. They were hilarious… both candy and potluck themed. I have a little video that maybe she’ll let me post one day. 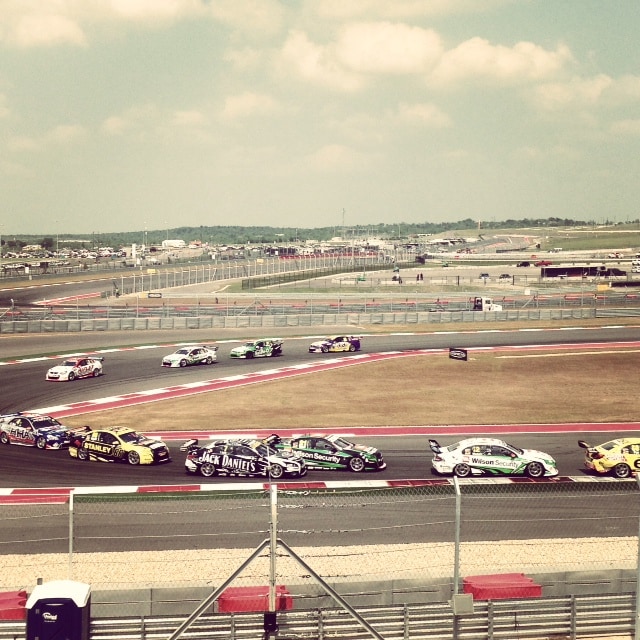 When I wasn’t dream potluck-ing, I was watching fast cars at the Formula 1 racetrack here in Austin. They were loud and fancy. 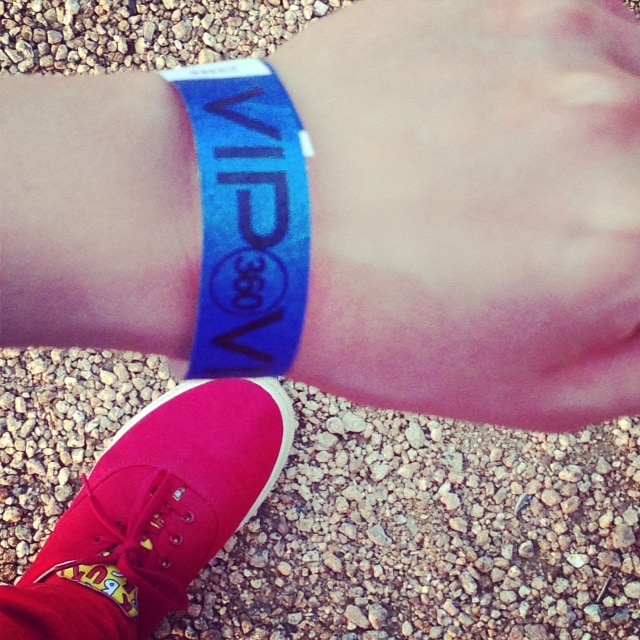 I was also reliving my early college days at a Dave Matthews concert. I hadn’t heard that name since I was driving around in my Cabrio convertible rocking out in my summers off, so when someone invited me I said: “Viva la Freshman Year!” 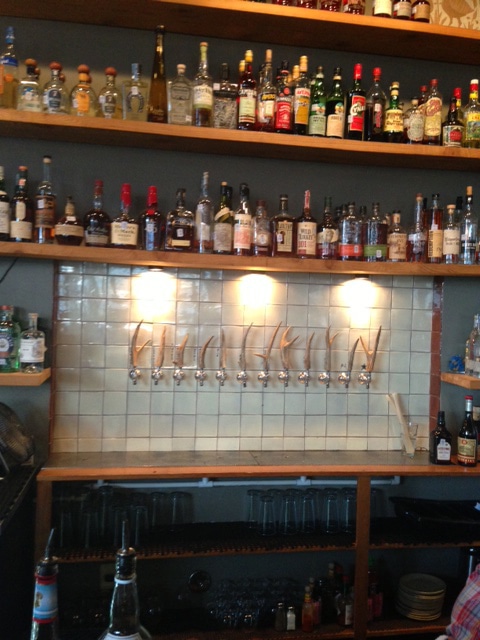 Also in May, I decided that deer antlers might very well be Mother Nature’s most versatile creation. They are the beer tap handles at one of my favorite eating spots in Austin, Contigo. I also have them as a chandelier, as handles on a cutting board, as handles on a hunting board… the list goes on and on. 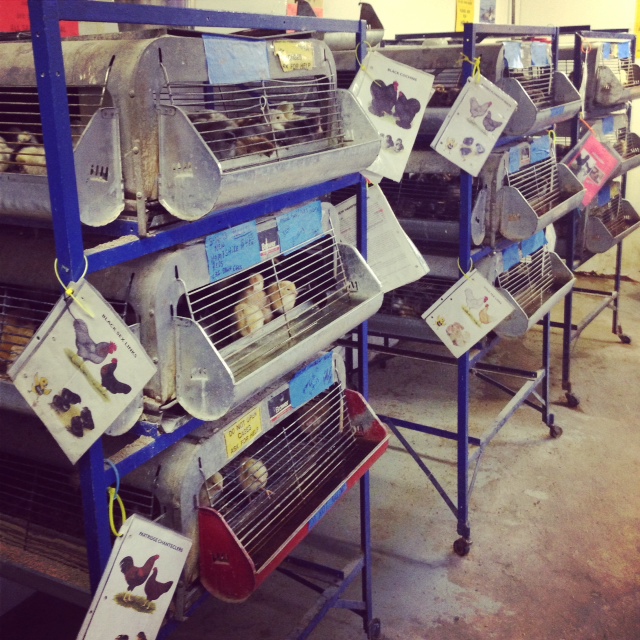 Also in May, I helped my office mate decide on some chickens. Callahan’s is one of my favorite farm supply stores here in Austin and they have all kinds of animals. We got some chickens that lay blue and green eggs, because… why not? 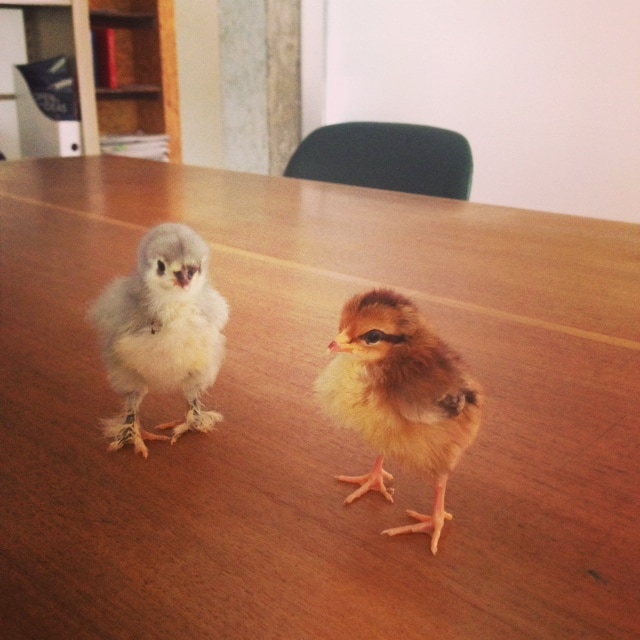 We set two of them on the conference table and let them have a board meeting. The one with the feathered ankles was the CEO. 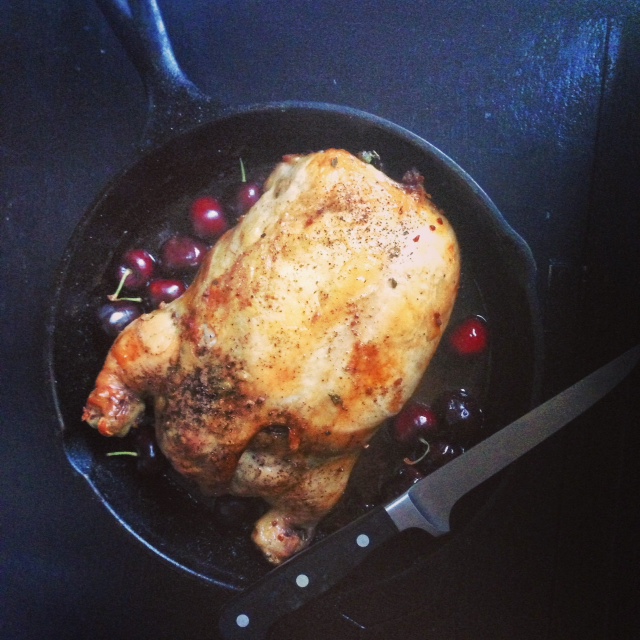 Also in May, I made boneless chicken stuffed with Bing cherries! Recipe coming soon. 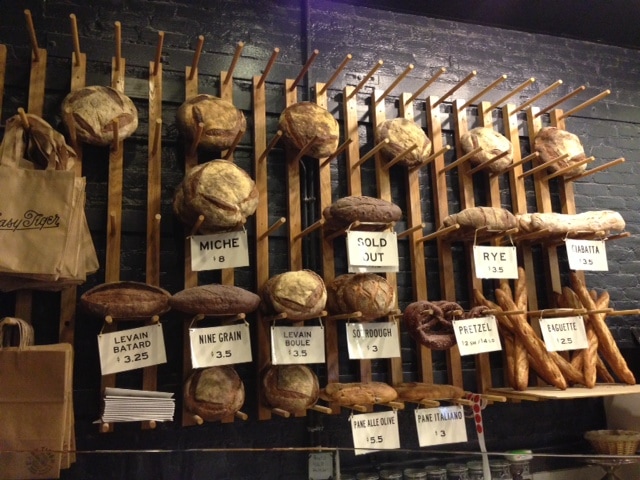 One evening in May, I had dinner at Easy Tiger during a power outage. Which meant that I ate pretzels and cheese and drank beer in the dark with a bit of candlelight. It was fabulous.

In May, I ate a lot of BBQ with Frank Fortress, my favorite Austin architect. We rocked the Texas look at one of the best meat spots in town. One of the meat slicers got grumpy at him when he asked for the charred end piece, and then the meat slicer felt bad so he gave him more free meat. That is how you say you’re sorry in Texas. *Burp* 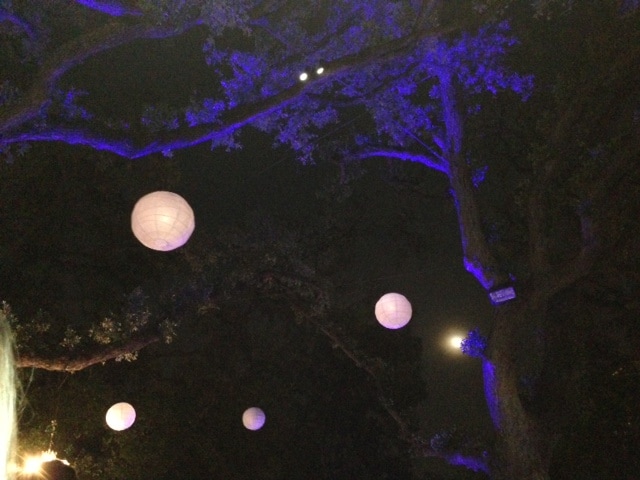 I also went to a charity event with lanterns that looked like many moons hanging in the sky. I decided I needed more paper lanterns in my life after that. Don’t they look magical? 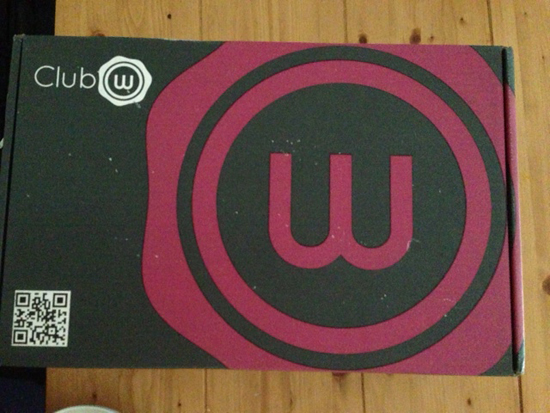 And last, but not least at all, I started a partnership with Club W, which I talk about in this video, and will write more about here soon. But the idea is that it will help you start pairing wines effectively with food, which many of you ask me about. You fill out your flavor profile and they will send you 3 bottles per month based on your palate. The best part?

When you enter the promo code: georgia at check out (all lower case), you get a free bottle of wine. Now that alone made May a success!

How was your May? Tell me all about it, please.