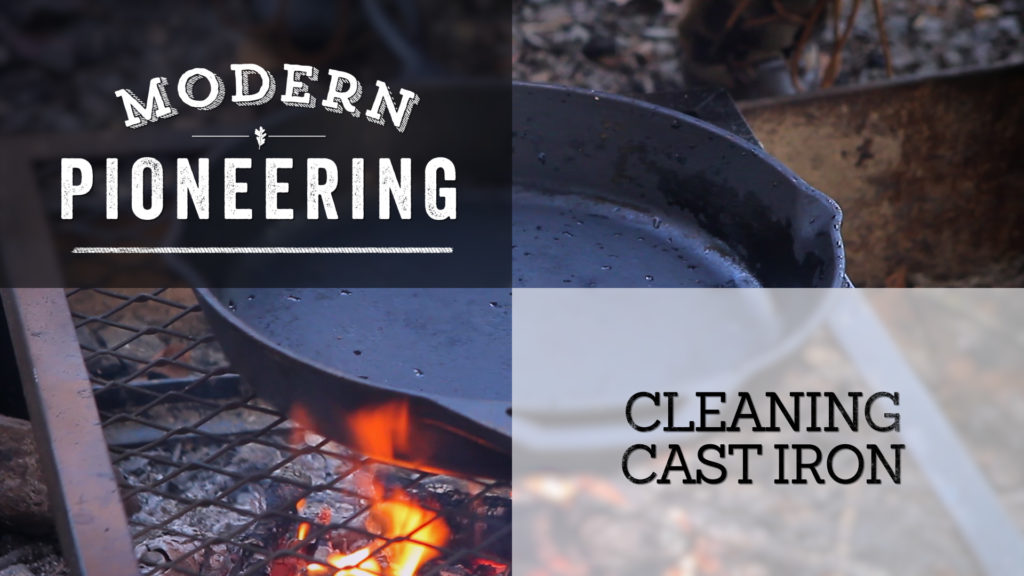 One of my girlfriends wrote me a panicked email recently with full photos of her new cast iron skillet that she had received as a wedding gift. She had been cooking with it happily and running it through the dishwasher after each use, and all of the sudden it just wasn’t working well anymore. Food was burning and sticking, and it was all a hot mess.

“Oh honey,” I said. “We need to talk.” Then I sent her the step-by-step instructions from my book “Modern Pioneering” so she could revive her skillet from dish washer death.

Then, a few weeks later, I was visiting a guy friend ‘o mine and he showed me how he had “ruined his favorite pan,” also a skillet. He had been cooking chicken, walked away and all of the sudden there was smoke filling the kitchen and some crazy burned bits on the bottom of his skillet that he couldn’t seem to remove.

“Oh honey,” I said. “We need to talk.” Then I sent him the step-by-step instructions from my book “Modern Pioneering” so he could revive his skillet from burnt chicken death.

I’ve started to realize that a lot of people don’t realize that you’re not supposed to let your cast iron skillet touch soap or water. No, honey, no! The more you cook with it, the more seasoned it becomes. Water and soap strip it of its wonderful coating that make it a joy to cook with.

So, I thought I’d do a little video how-to for you so we can save the skillets of the world together. I love them too much to let them meet their fate in a dishwasher.

How to Clean Cast Iron: