One of the best things about the Adventure Getaways that I host is the types of women I meet. They are coming from so many places in life but are all looking for ways to step outside their comfort zone and empower themselves to do things that scare them and inspire them. One of these wonderful ladies is named Holly Haeseler and I’m excited to share this interview we recently did with her.

What city do you live in?

What kind of work do you do? 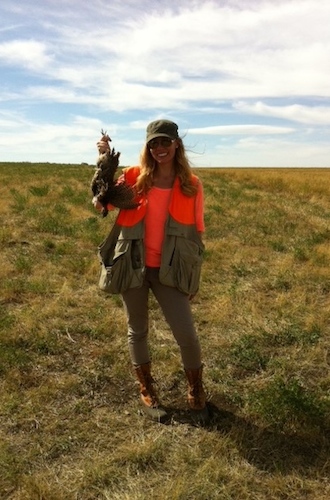 What motivated you to sign up for the getaway?

My husband actually sent me on the Adventure Getaway as a birthday gift – he knew it was something I really wanted to do but would probably never have done for myself. I remember reading about Georgia and connecting with her story: she had been very career-driven in the financial industry and turned away from that to pursue her culinary passions, just as I had turned away from a job I truly loved to stay at home and raise my children. While not exactly the same, both decisions are these significant, voluntary shifts made in a life you worked very hard to craft another way… all in the hopes of finding greater happiness. So I’m always intrigued with people who have made similar changes, irrespective of what that change is. In becoming more domestic-minded I became increasingly fascinated with food – both how to cook and wanting to know where our food comes from.

Around the same time I was hearing more stories from extended family about my late grandfather, explorer Jacques Suzanne, who could live off the land and felt as comfortable in the outdoors as anywhere. I discovered a few TV shows which allow a peek into that world (such as Alaska the Last Frontier and Mountain Men) and suddenly, I was seeing people hunt. I was trying to square being an animal lover with being an omnivore, and reading The Mindful Carnivore by Tovar Cerulli offered the support I was looking for. Then in Girl Hunter, Georgia’s message was that “women can do this,” and of course we can, but it’s not the kind of thing I was lucky enough to have grown up being taught how to do. Enter the Getaway, where I could learn among other women like myself who were also in various stages of experience and voila! I was a very eager participant. 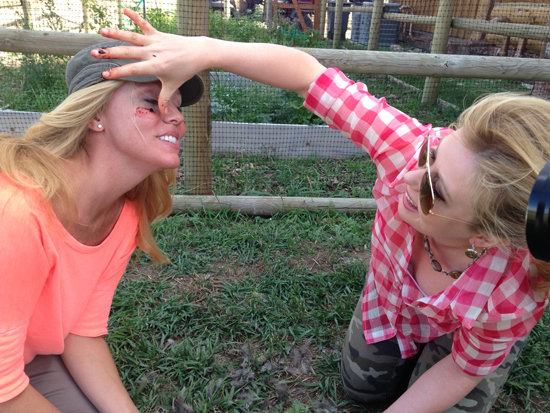 What was the most surprising thing about your experience?

I was surprised by how much I enjoyed hunting, and also how much I enjoyed preparing the bird I harvested. The time that Georgia spent teaching us how to clean my bird was one of the most special moments for me during the Adventure Getaway. It was learning by doing, her passing her knowledge along – and the fact that it was knowledge of a very time-honored tradition was not lost on me. A couple of other more seasoned women hunters also shared their stories and it was a wonderful bonding experience. Gone was the mystery of how a living creature is transformed into a meal.

What was the most challenging part of the experience?

Riding the ATVs and the horses. This was probably the best part of the Getaway for most people, but I was not one of those girls popping wheelies and speeding down hills. If I was yelling it was genuine screams of fear. Also, I know that horses can tell if you are afraid… which would make me more afraid… which they could then sense, no? However, because my senses were so focused by fear, I have beautiful Montana vistas just seared into my mind like photographs, so it was worth it. 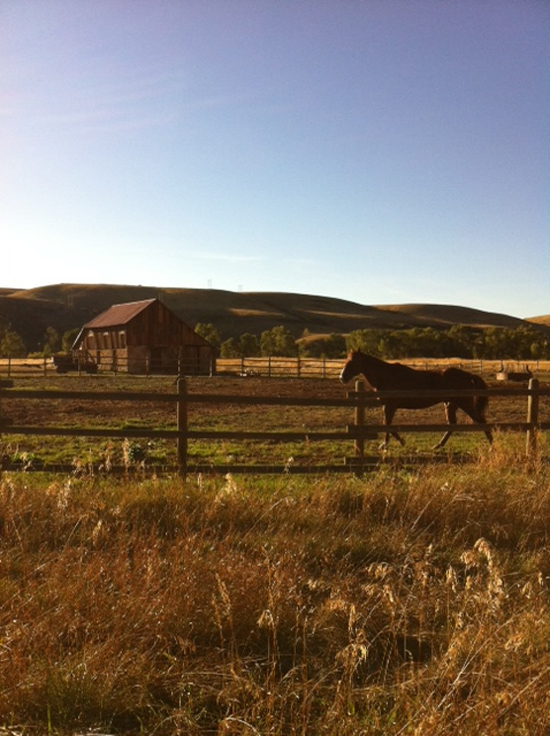 How did your participation change your perspective?

I’m a bird-watcher and I adore animals, but I also eat meat and enjoy everything about the preparation of it. This was a dilemma I had prepared myself to tackle on the Adventure Getaway. My participation in hunting for my kill instead of just purchasing meat that someone else had killed forced me to face all of those conflicts myself, which I think is proper. The morning of my first hunt I prepared myself for grief and sadness should I actually shoot down a bird, but instead – in that moment – I felt triumphant. Later when I cooked the bird at home for my family, I did then feel a moment of sadness recalling that bird in all her plumed glory… but I also really enjoyed that meal. And more important to me than that was watching my children enjoy the meal – which they did very much. 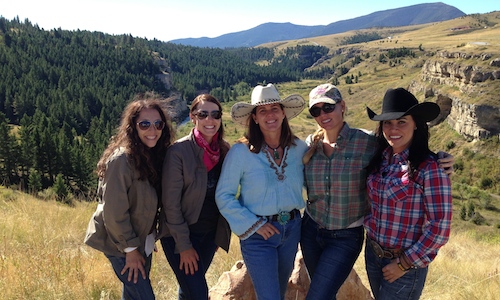 Were you familiar with hunting, fishing, scavenging, and/or cooking before the trip?

I was familiar with cooking though I’m very self-taught… I can watch videos of Jacques Pepin on YouTube for hours. As for hunting and fishing, this was all new to me, and something I now very much enjoy.

Did your experience change the way you prepare, shop for, or eat food at home?

Definitely – I now consider wild game meats for dinner (I made rabbit stew for the first time last night and the kids loved it) and I’m increasing my opportunities to fish and hunt. I’ve also practiced my shot at the range and in the wild. One of my favorite hobbies is diving/snorkeling and it had never occurred to me to hunt in the water, but this season I’ve been out lobster diving in the Bay a couple of times and I intend to learn how to spearfish. One mantra I’ve had to embrace though – at least in this early part of my hunting experience – is that “a bad day hunting is better than a good day not hunting” – meaning for me, the fun is in being out there even if I don’t bring home the bacon. 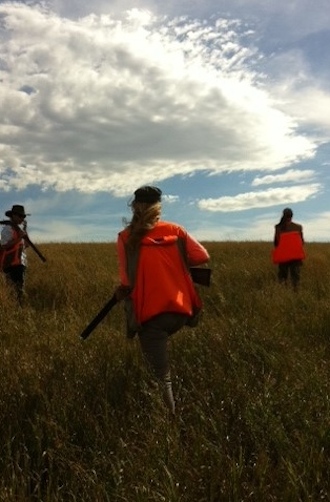 What was your biggest take-away from the trip?

I always wondered if my love for animals would prevent me from being a meat-eater if I had to personally do the hunting, and it was interesting to discover that it did not. It also awoke my desire to hunt, when previously I would only want to photograph animals. But I still love taking the pictures.

Who is your female role model?

I have a lot of positive female role models whom I admire, but for me the top ones at the moment are probably author/adventurer Kira Salak for living my dreams of adventure, Gabriela Cowperthwaite for her inspiring work on the documentary Blackfish, prosecutor-turned-victim’s advocate Nancy Grace (this is the former prosecutor in me talking), and “Shark Lady” Dr. Eugenie Clark for being a pioneer in marine biology and for women working in SCUBA – she’s like the female Jacques Cousteau and also managed to raise a family while blazing a trail for the rest of us to follow.  I’m also fond of chef/blogger Ree Drummond for her devotion to her family and for building a name for herself while doing so, as well as all the others like her doing the same thing.  In many ways, life does take a village and it’s nice to have so many people sharing their experiences via the blogosphere.

How do you show the world you are fearless?

I feel like I do things in spite of my fear more than out of being fearless.  Every time I tried a case before a jury I felt nerves, but I felt that advocating for a particular victim was empowering enough to get past them.  I’m always nervous when I scuba dive (especially deeper dives) but the reward is so rich – it’s like walking on the moon.  I went on a shark dive with my husband for his birthday last summer and swam with a couple of mako sharks and I’ll tell you – I definitely wasn’t fearless.  But I was thrilled to see those sharks in a way I’d never seen them before.  I love interacting with all kinds of animals and sometimes I’m thinking… this could get me injured.  You’re obviously gambling that you won’t, though. Similarly, are not firearms fear-inducing by their very nature?  You have to respect that power, that danger, yet it’s something I’ve worked hard to get over in order to learn how to hunt.  Probably the most fear-inducing thing you can do in the world is bear a child, but somehow that doesn’t stop people from doing it over and over again, myself included. 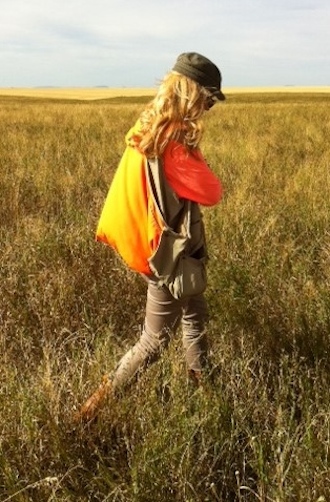 Do you have any advice for other women who are aiming to be fearless with their passions or in the world?

My advice for women aiming to be fearless is to:  weigh the risk and consider how much you will regret it should you not go for it.  Sometimes we fear things like striking out on a new career path when the only thing we have to lose is someone else’s expectation of who we should be.  That’s really meaningless in the end.

Life is too short for that! 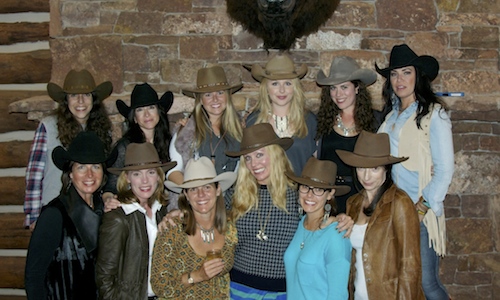 Just a big thank you! I think it’s so important for women to support other women no matter what their choices are, but especially when they decide to go against the grain.

Oh I forgot to add, the job I left that I loved was as a prosecutor in New York City.  We’ve obviously since moved to San Diego.  Also, I have a baby blog I’ve started – here’s the link:  http://suburbanadventuress.blogspot.com/ There’s an entry on my blog about the Getaway which is fun!

Friends - I Need Your Help With Our New Public Television Show!