A few months ago, I had a speaking engagement and needed someone willing to do my hair early in the morning. After calling around it seemed that no one was willing to get out the curling iron at 8am. I thought… where is the hustle in this world??

And then the skies parted and a friend texted me about a gal named Cheyenne. She was opening her own mobile salon called The Southern Blonde which came right to your door. This seemed too good to be true. But it was even better than I imagined. Cheyenne showed up with her wonderful spirit and made me look stage ready in under 30 minutes. This was a girl after my own heart I thought. She had hustle and the charm to go with it.

So we sat down with Cheyenne to learn more and are thrilled yet unsurprised to know that her business is quickly expanding with a new fleet of mobile salons hitting the road in Austin, Texas and Little Rock, Arkansas. She does everything from birthday parties to bachelorette parties to a fabulous treatment just because you deserve it. Following her on Instagram is a highlight of our day. 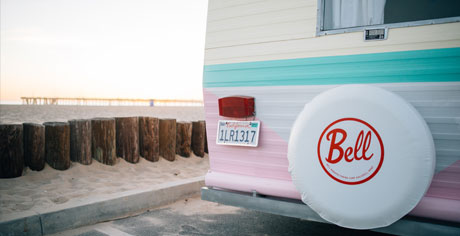 When did you first become interested in hair styling and beauty?

I was living in Los Angeles working for a Venice surf company called Kapowui. I handled highly important issues such as: renting wet suits and boards, handling payments, booking group parties and PR online. I also worked for North Hollywood Ice doing their PR and social networking. One day I was driving to work and at a dead stop on the 405 I just realized, I wish I was doing something else. I had initially gone to LA to be a star but I am not a good actress. The closest I got to landing anything was when I auditioned for Frog Tape (very strong tape). I was almost the Frog Tape Girl. I decided that I did want to be in the entertainment industry but that maybe I’m more suited for work behind the scenes so I started school at Imagine Paul Mitchell in the fall of 2014.

How did you come up with the idea of a mobile salon?

I was living in Austin, TX Feb of 2017 and continuously driving back to LR to tend to my clientele there. One of my clients approached me with a business opportunity: we decided that 2 things are true: I won’t ever stop being so nomadic and I won’t ever stop taking care of the Little Rock clientele that has taken care of me since day 1. So we put the two together. Mobile me. 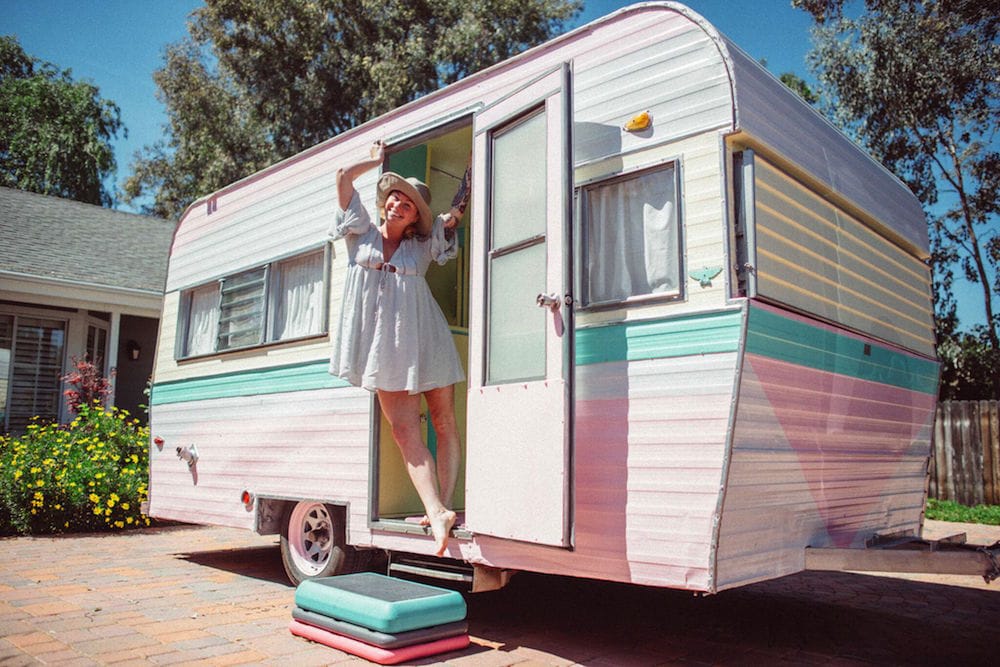 What’s your favorite part about running The Southern Blonde?

My favorite part of running The Southern blonde is equally my least favorite part: it is hard. It makes me stronger mentally and physically every single day.

What has been your biggest hard-won-lesson in pioneering your own business?

Since this idea of a mobile salon is so rarely put into motion there isn’t necessarily anything I can model my company after. It’s sort of just a daily trial and error situation. Every single time something works, that’s my best day. Every day is better than the last. 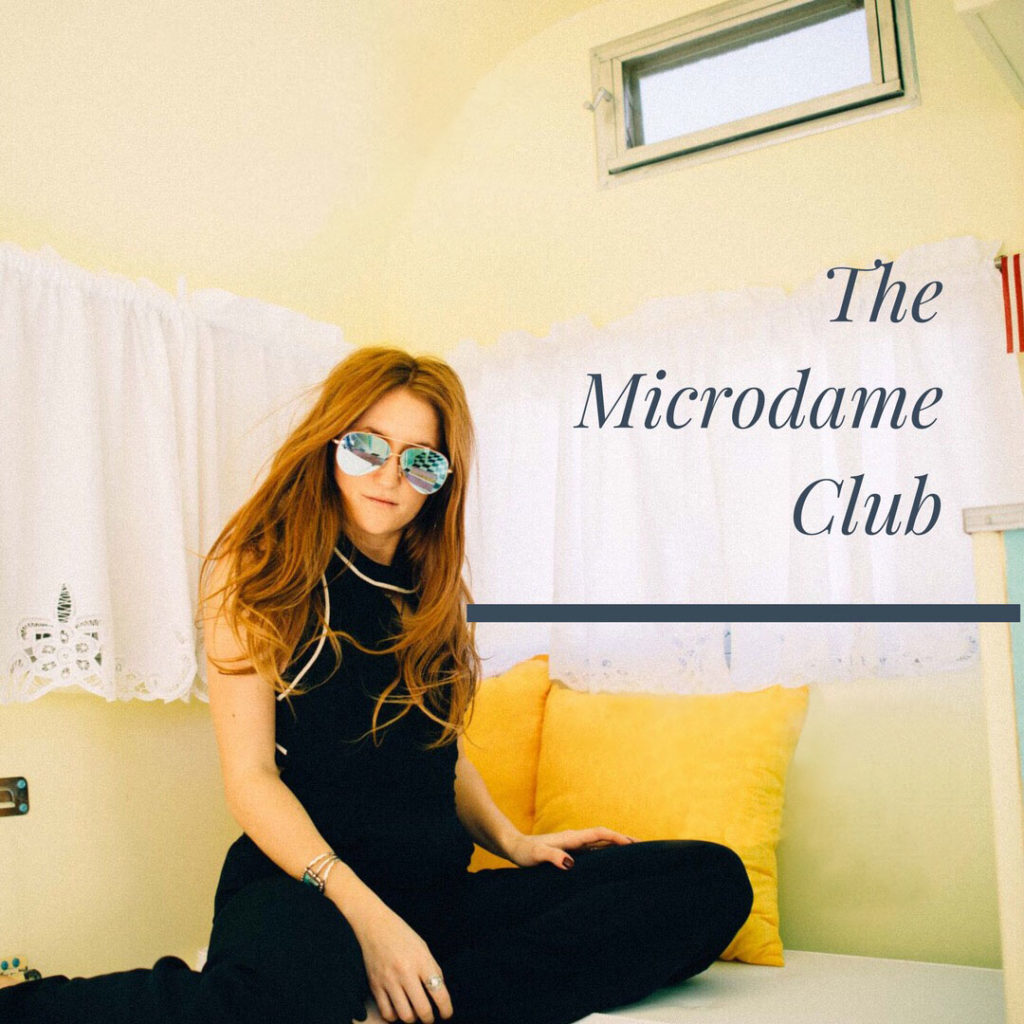 Out of all the services you provide, what is your favorite and why?

I really love to be able to treat someone to a break from themselves. A facial with steam and aroma and touch therapy, followed by a hair service. Really whatever he or she chooses is my favorite thing to do. I think we are all pretty hard on ourselves and I like to help you forget you for a second and just be. I like to think that I’m kind of an entertainer, I was always the class clown. And like I said, I was almost the Frog Tape girl. But I’m also really kind of clairvoyant, not in the way that I can tell you how to be happy or what’s going to happen to you tomorrow, but while you’re with me I am able to connect with people and feel their energies. Maybe I’m a hippy now.

What motivates you the most?

Getting my heart broken motivates me. I come back so much stronger and create much better work. Each time better than the last.

Who inspires you most?

Georgia currently inspires me the most. She isn’t paying me to say that. (But she can.) I never thought that I would be any type of pioneer, everything has already been done. But every time I drag that camper across the earth I think, yeah. I am a pioneer. I am a Modern Pioneer. And then I gas it. 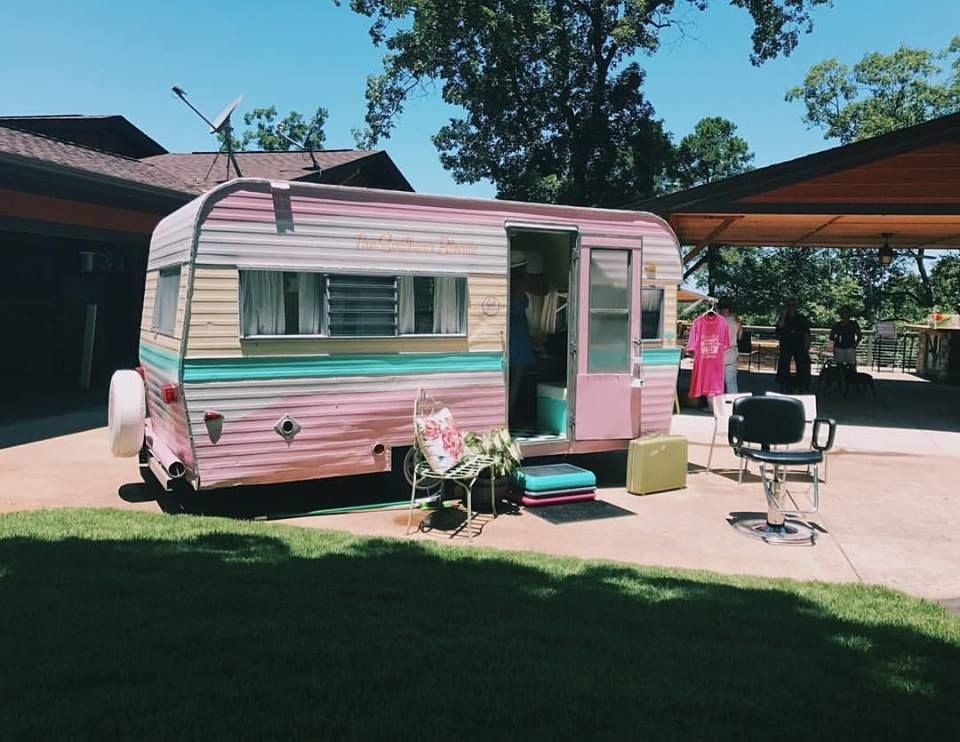 If you could provide any service to anyone, who would it be?

I would love to shave dollar signs into the back of Donald trumps head. I would also like to put little pig tails on Bernie Sanders, he’s so cute.

What would your number one tip be for a creative person starting their own business?

My number one tip. If someone were seriously interested in starting their own mobile salon I would ask them: did you lie about being the outdoor type? Are you ok with getting dirty? Learning? Are you patient? This is important. You will change clothes more than twice. The first half of the day. You will have men giving you driving advice, tool advice, (no pun intended or is it) any and all kinds of advice. Unsolicited and absolutely all the time. It’s very helpful and equally annoying. So my advice, just call me. I’m carving this path for you, anyway, and I can tell you where to get cute tools. And I don’t mean my exes.