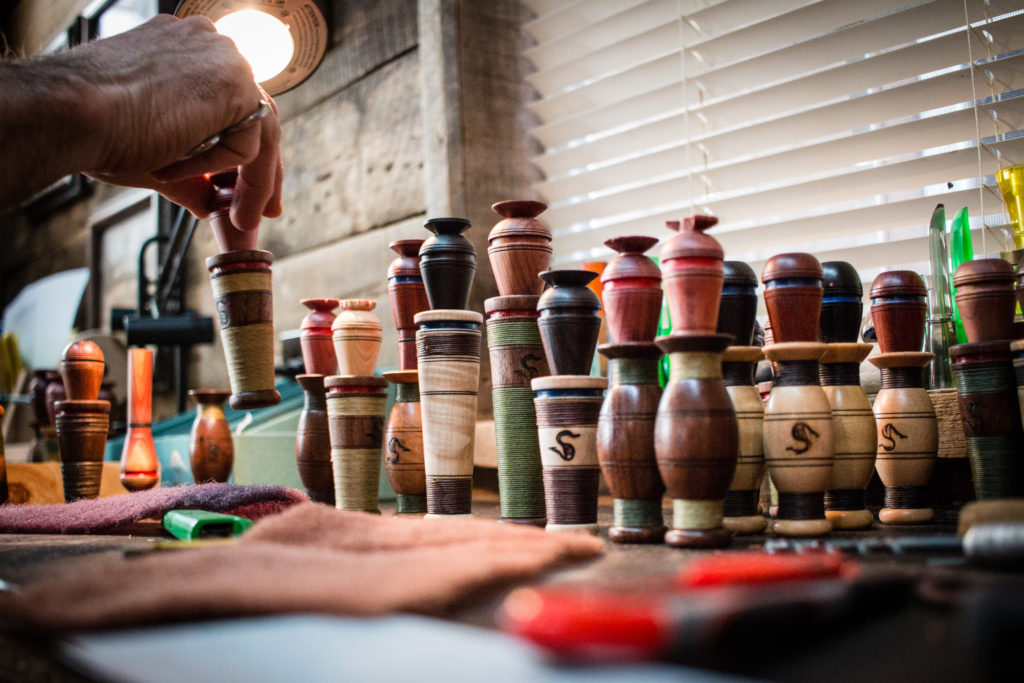 On our recent #ADVENTUREGETAWAY in Arkansas, we traveled to Stuttgart to meet with John Stephens of Rich-N-Tone calls to learn all about duck calls. He sent us home with some takeaways we just couldn’t wait to share with all of you. The following is some helpful terminology and Everything You’ve Ever Wanted to Know About Duck Calls. 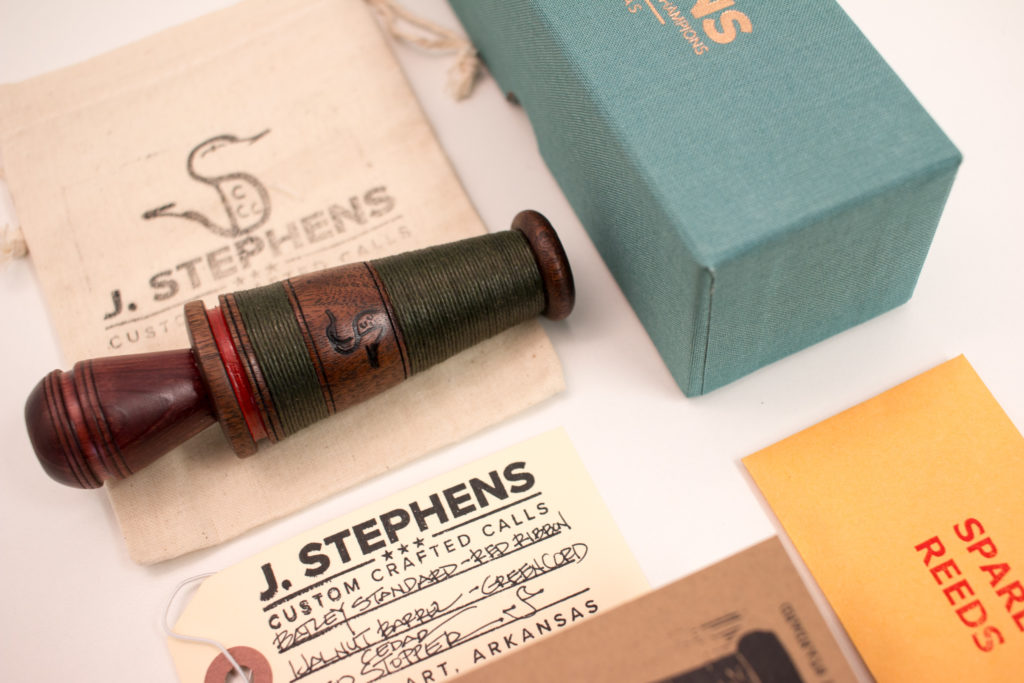 Allen Style: A type of duck call that has an insert comprised of a retaining tube into which is placed flat-surfaced tone board, a metal reed, and a wedge. These components are inserted as an assembly into the barrel.

Arkansas Style: A type of duck call that has an insert comprised of combination stopper and tone board into which a slit has been cut to hold both a reed a wedge of wood or cork. This insert is then inserted as an assembly into the barrel.

Band: A metal strip used to encircle a call barrel or stopper, originally used to keep the wood from splitting, now chiefly used as an adornment.

Barrel: A tube or cylinder of wood, metal, hard rubber, plastic or similar material into which a stopper is placed to make a modern duck call. 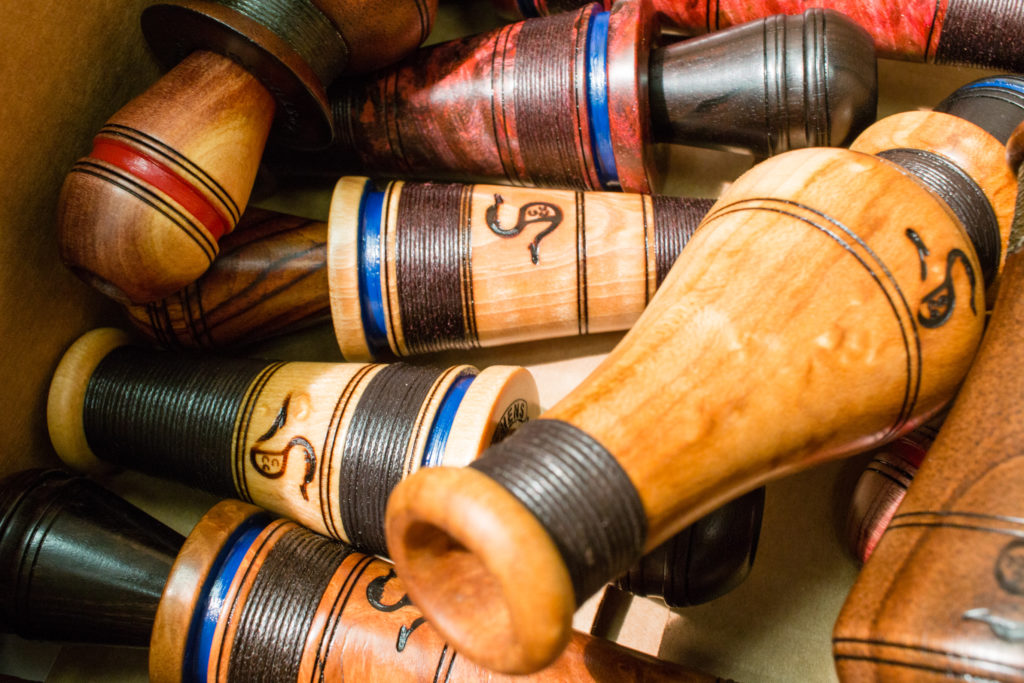 Bits: The two mouthpieces that are extensions of the tone boards in a crow call. Also called “lips.”

Checkering: A decorative cross-hatch pattern consisting of a series of parallel intersecting lines or shallow grouches carved on the barrel or stopper of a call. The more common pattern used on duck calls is comprised of three or four triangular-shaped checkered panels.

Double-Reed Call: A duck call that employs two reeds, one on top of the other, which vibrate simultaneously in order to produce a raspier sound than a single vibrating reed. Some double reeds have a brass rivet in either the top or bottom reed that separates them. It is usually towards the end of the top reed.

Glodo’d: A call barrel whose bore is first drilled the entire length of the barrel and then the inner sections of the bore are enlarged using a boring bar with a hook to create a larger diameter chamber in the center of the bore, acting as a tone chamber, and helps to resonate the quality of the call.

Glodo Style: A type of duck call that has a flat tone board stopper, a curved metal reed, and a wedge block. One form of this style is referred to by some collectors as Reelfoot style.

Gutta-percha: A substance, resembling rubber that comes from the latex of several Malaysian trees.

Inserts: ( Plugs, Stoppers, Butt Piece, and Lugs) These are known as the business end of a duck call and all follow the same basic principle. A reed of metal, hard rubber or plastic is secured in place against a tone board and vibrates when the air is forced under the reed. The vibration is controlled by the operator’s breath. In the hands of a seasoned caller, this vibration can imitate the vocalizations of the mallard hen.

There are several variations on how the reed is secured to the insert, as well as variations as to the construction of the tone board and tone channel.

Laminating: The process of gluing several kinds of wood together that creates a contrasting, decorative geometric pattern.

Lanyard: A cord, string, wire, or chain, one end of which is attached to a call, the other end of which is either worn around the neck or tied to the operator’s clothing.

Lanyard Groove: A relatively deep turn in a call barrel design to hold a lanyard and prevent it from sliding up or down the barrel.

Lousiana Style: A type of duck call that has an insert comprised of a retaining tube into which is placed a curved tone board, a reed, and a wedge. These components are fitted together and inserted as an assembly into the barrel.

Mouthpiece: An abrupt increase in outside diameter of call barrel at its mouth end designed to make the call more comfortable during operation. Also called a mouth-guard, lip-guard, or lip-rest.

Modern Duck Call: A sounding device that employs a vibrating reed enclosed in a barrel, used to attract ducks through imitation of their voices.

Reed: A thin, flexible wafer of metal, plastic, hard rubber, or other material that vibrates inside the barrel of a call to imitate the sounds of ducks, geese, crows, or other game. Also called the “tongue.” 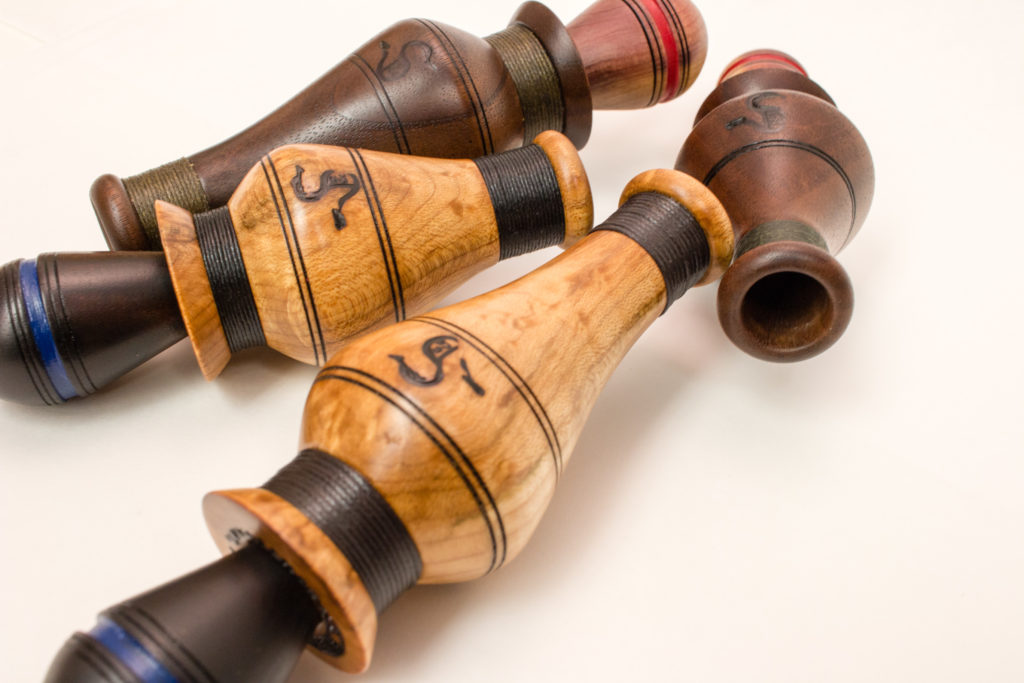 Smooth-Barrel: A call barrel with no carved or checkered adornments.

Squawker: The earliest form of duck call that has a barrel and a stopper. Easily going out of adjustment whenever the stopper was removed for cleaning, this form is now obsolete.

Step-Drilled Barrel: A call barrel whose interior bore is formed first by drilling the entire length to one diameter and then by using a larger diameter bit to drill a portion of the previously expanded chamber within the barrel in which the reed vibrates.

Stippling: A decorative pattern consisting of dots, often formed by denting a call barrel with repeated shallow impressions, usually made by striking a punch, nail, or similar instrument with a hammer.

Stopper: The portion of a call that is inserted into the barrel, including the reed, tone board, and a wedge or wedge block. Other names that have been used for this part of a call include plug, tonal plug, horn, bell, stem, butt piece, and insert. 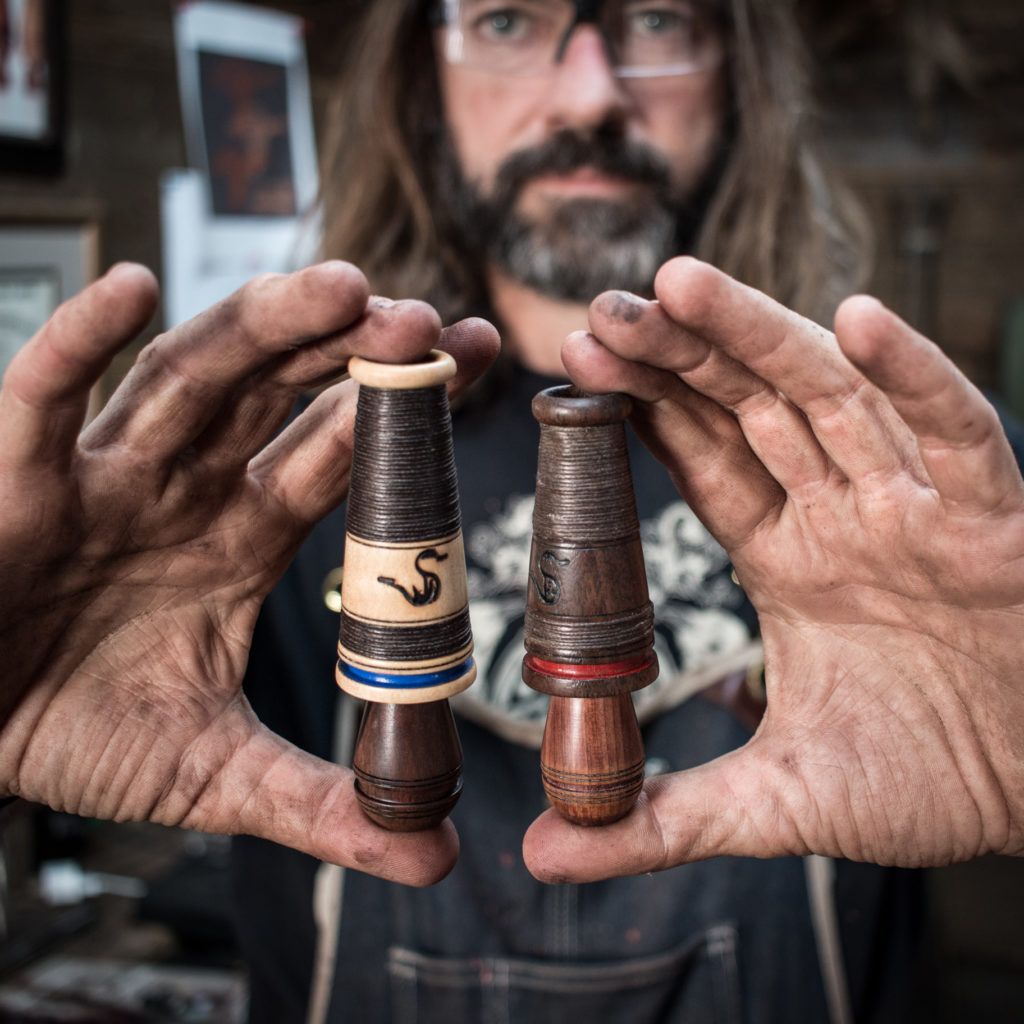 Tone Board: Part of a stopper that contains the tone channel and surface upon which the reed rests. Also called soundboard or tone block.

Tone Channel: The trough created in the tone board that carries air under the reed to make it vibrate. Also called a sound trough.

Tongue-Pincher: The earliest known form of artificial duck call that used a reed and tone channel concept. This form is now obsolete.

Wedge in an Arkansas- or Allen-Type Insert: The piece of cork, wood, hard-rubber, or leather that holds the reed to the tone board.

Wedgeblock in a Glodo-Type Call: The piece of cork, wood, hard-rubber, or other material that holds the reed to the tone board while simultaneously holding the stopper in the barrel. 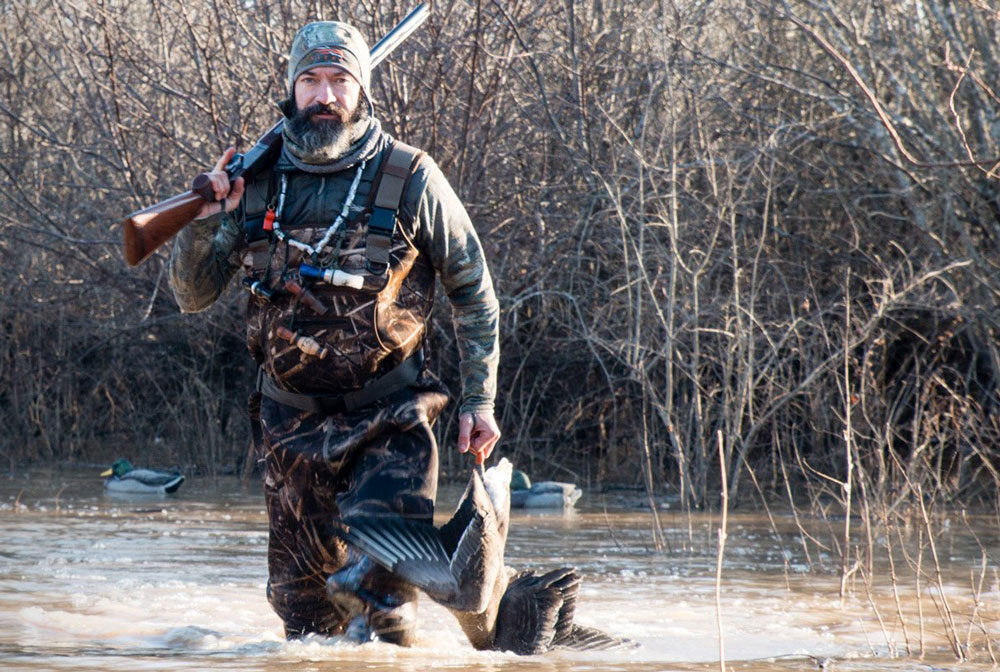 We hope this makes you feel like a real pro this season be sure to get out there and practice these calls!  We want to know what your favorite type of duck call to use. Comment below or tag us in a post on social media.