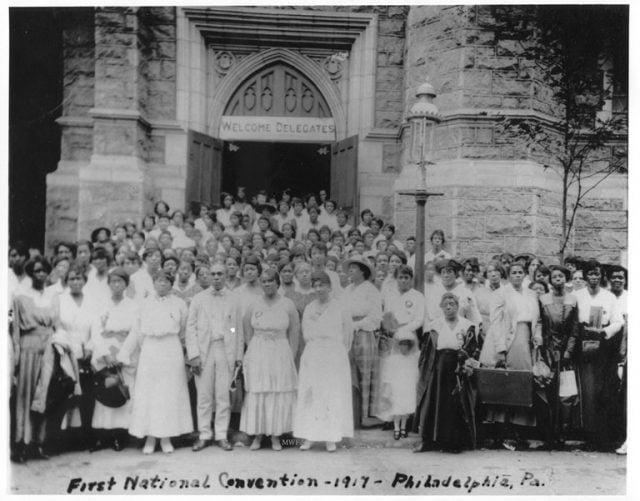 It’s the second edition of our latest series, “Great Women of History.” This month, we introduce you to Madam C.J. Walker, a true pioneer on many levels. 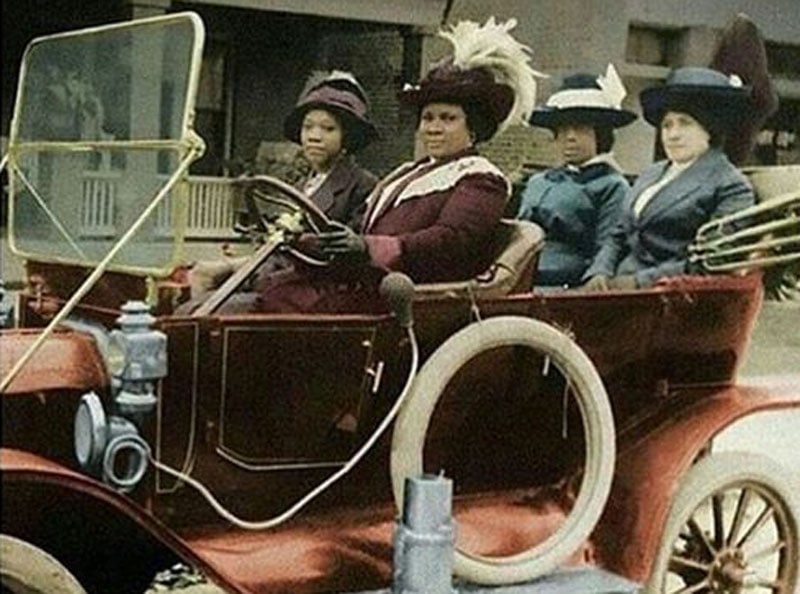 Madam C.J. Walker was born Sarah Breedlove on December 23, 1867, near Delta, Louisiana. After suffering from a scalp ailment that resulted in her own hair loss, a #selfsufficient pioneer, she went about inventing a line of African-American hair care products in 1905. This would make her the first ever female African American self-made millionaire.

She promoted her products by traveling around the country giving lecture-demonstrations and eventually established Madame C.J. Walker Laboratories to manufacture cosmetics and train sales beauticians, completely changing the beauty industry all together.

She began to experiment with both home remedies and store-bought hair care treatments in an attempt to improve her hair loss predicament. In 1905, she began her professional career when she was hired as a commission agent by Annie Turnbo Malone — a successful, black, hair care product entrepreneur — and she moved to Denver, Colorado.

Breedlove became known as Madam C.J. Walker, when her husband, Charles, encouraged her to take on the more recognizable name. He was an integral part of her business having his own hand in much of the early advertising. In 1908 Walker opened a factory and a beauty school in Pittsburgh, and by 1910, when Walker transferred her business operations to Indianapolis, the Madam C.J. Walker Manufacturing Company had become wildly successful, with profits that were the modern-day equivalent of several million dollars.

The company not only manufactured cosmetics but also trained sales beauticians, which became known as “Walker Agents.” They were very well known throughout the black communities of the United States. They promoted Walker’s philosophy of “cleanliness and loveliness” as a means of advancing the status of African-Americans. 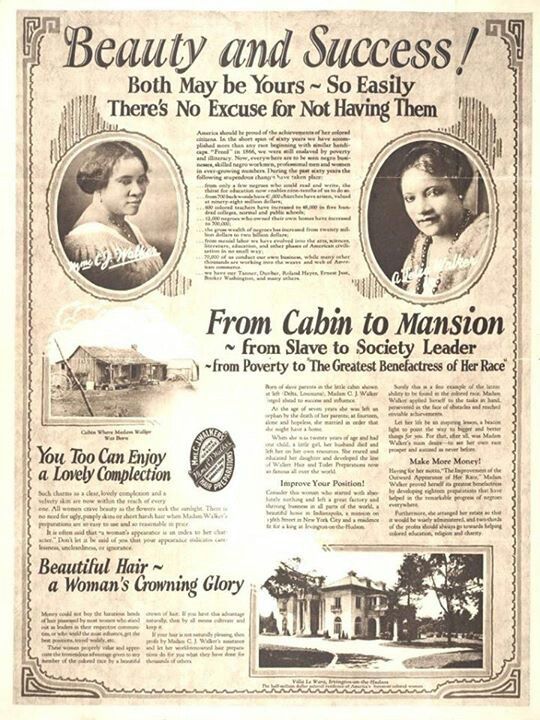 A true innovator and pioneer, Walker organized clubs and conventions for her representatives, which recognized not only successful sales, but also philanthropic and educational efforts among African-Americans. In 1913, Walker and Charles divorced, and she took her business international and traveled throughout Latin America and the Caribbean promoting and recruiting others to teach her hair care methods.

Back home she had her daughter head up the purchasing of a Harlem townhouse, which would go on to become the center of her growing business.  She immediately immersed herself in Harlem’s social and political culture. She founded philanthropies that included educational scholarships and donations to homes for the elderly, the National Association for the Advancement of Colored People, and the National Conference on Lynching, among other organizations, focused on improving the lives of African-Americans.

Her humble beginnings as the 5th child of freed slaves and later single mother and widow never set her back. One of her most famous quotes was: ”I got my start by giving myself a start.” She truly lived by that saying, creating opportunities for herself at every turn, ignoring the limitations of others.

Madam C.J. Walker died of hypertension on May 25, 1919, at age 51. She left one-third of her estate to her daughter, A’Lelia Walker — who would also become well-known as an important part of the cultural Harlem Renaissance — and as a true philanthropic pioneer left the remainder to various charities. Her company and legacy live on even today.

Of course, we had to leave you with a bit of Madam Walker to take away with you, so we designed this printable poster for you to hang on your walls, for when you need a little push. 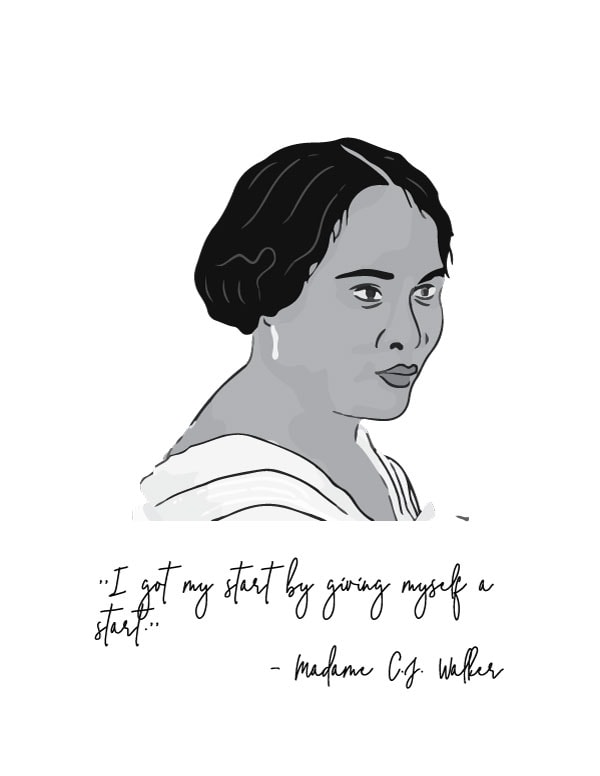 It’s an easily framable size or you can simply tape to the wall of your workspace for when you’re in need of some inspiration. Be sure to share a picture of where you hang yours with us on social media.