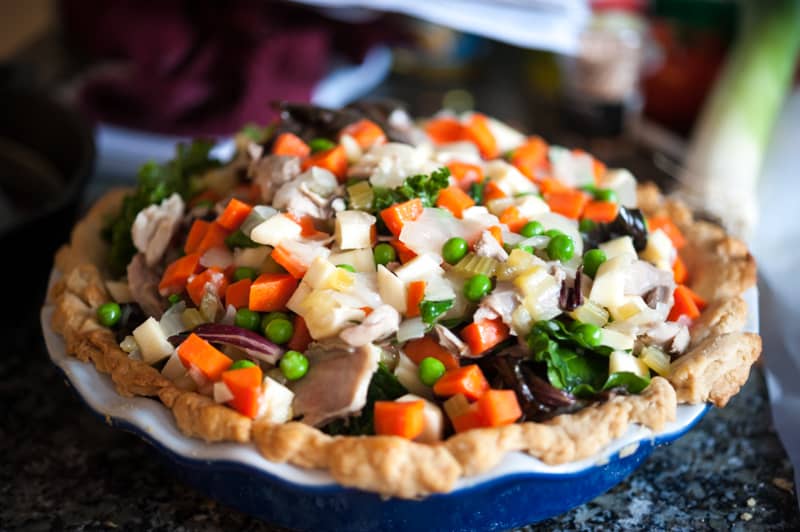 Autumn has me thinking of flaky pie crusts and warm hearty meals that fill the soul. It also has me thinking of game meats and how much I love them when they are cooked just right. A pie is perfect for a medley of game bird scraps that wouldn’t necessarily make a meal on their own. After all, when you have worked so hard getting your meat you don’t want to waste any of it. This game bird pie recipe uses a double piecrust, the way you would in a traditional potpie, but you could also use leftover mashed potatoes as your top “crust.” This is sometimes referred to as Hunter’s Pie. A version of this was sent to me a long time ago by one of my blog readers, who said his mother in McLeansville, North Carolina, often made it with pheasants, but any game bird or even other game meat will work well.

I like to use vegetables that are cut to similar sizes so that they cook evenly and each bite is full of a variety of flavors. It also looks beautiful when you cut into it. Use what you have and what is in season — parsnips and carrots add a wonderful sweetness. So do peas. And then there are winter greens which will add bitterness. 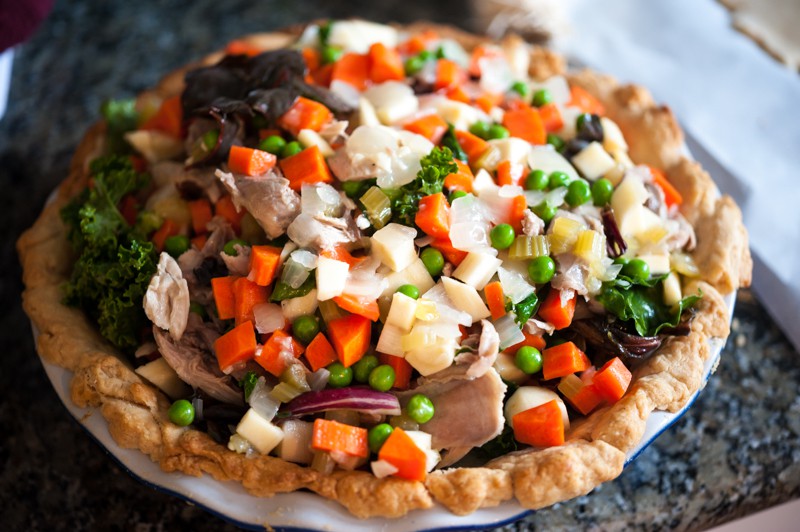 Now you could put mashed potatoes on the top of this beautiful medley… but I prefer a piping pie with a flaky crust. 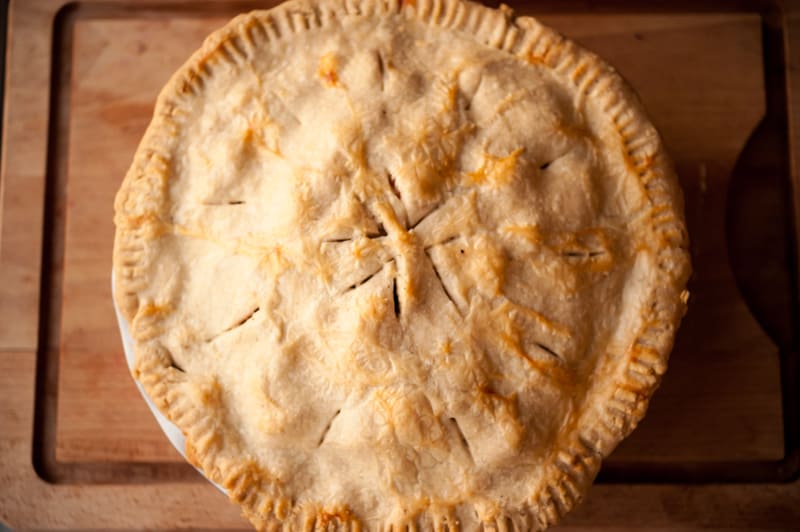 I use Leaf Lard

in my crusts, which makes it incredibly flakey. In fact, I can’t imagine making a pie without it. You can order a lot of it and keep it in your freezer or refrigerator to have ready when you’re in a pie-making mood. 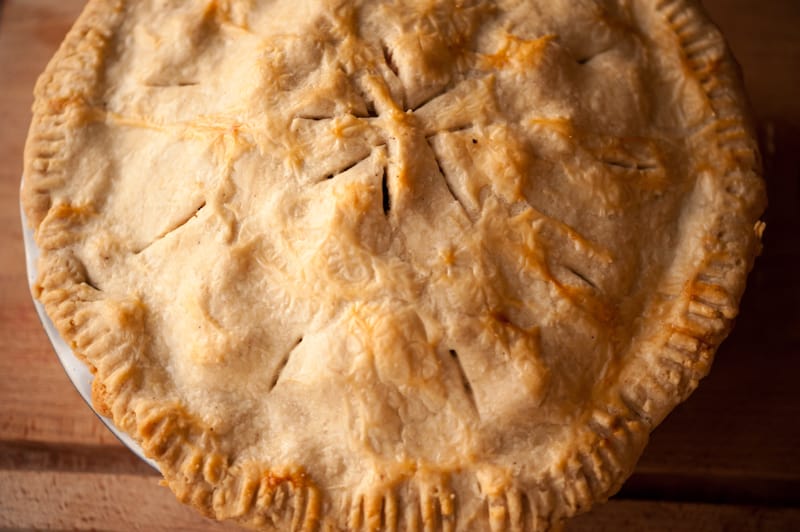 You combine the lard with grass fed butter, Kerry Gold is a brand that is easy to find. These details seem small but they are really what makes your crust next level.