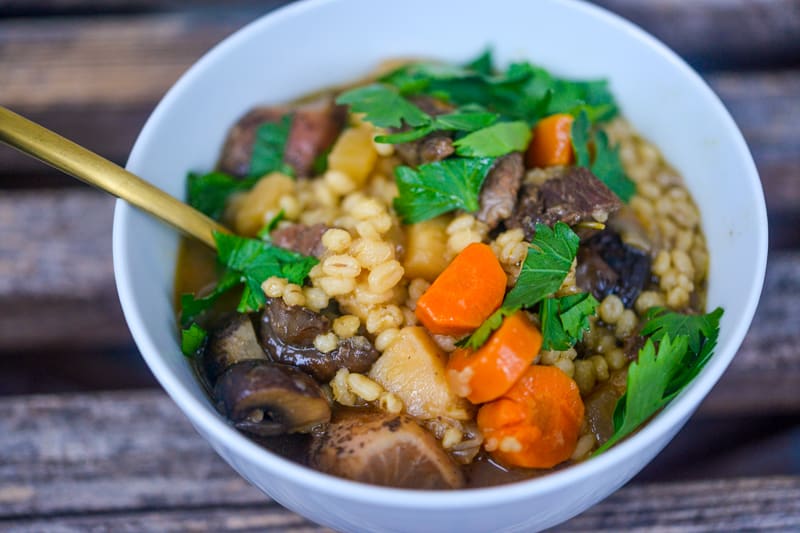 This blog post is for my dad, who called me recently and suggested that I make venison barley soup. He had just had beef barley soup at a restaurant and decided it would be even better with venison. This soup is full of autumn flavors, root vegetables and bright parsley and will comfort you and keep you warm as the months get cold and crisp. If you like venison, try out my library of venison recipes while you’re here. And let me know what you think of this soup! 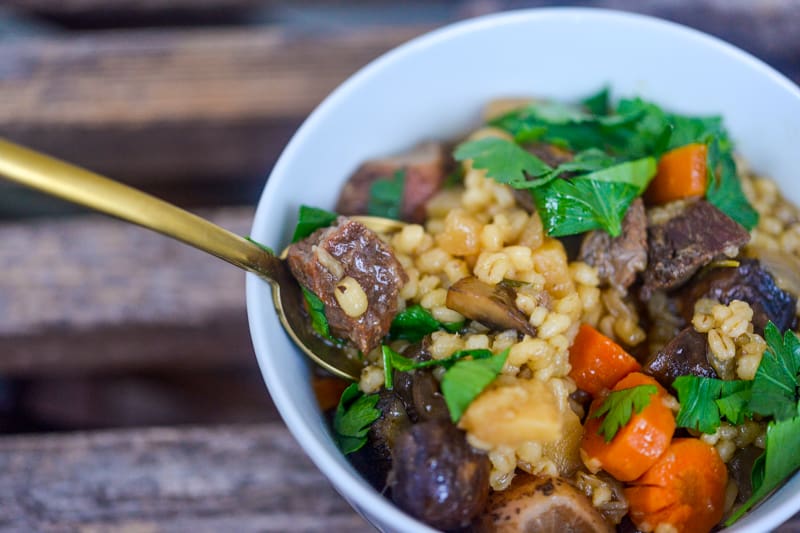 I played around with root vegetables for this recipe–carrots, parsnips, turnips. I even added radishes in though I don’t think they added a lot when they were cooked, so I would perhaps add them raw at the end for color and crunch. 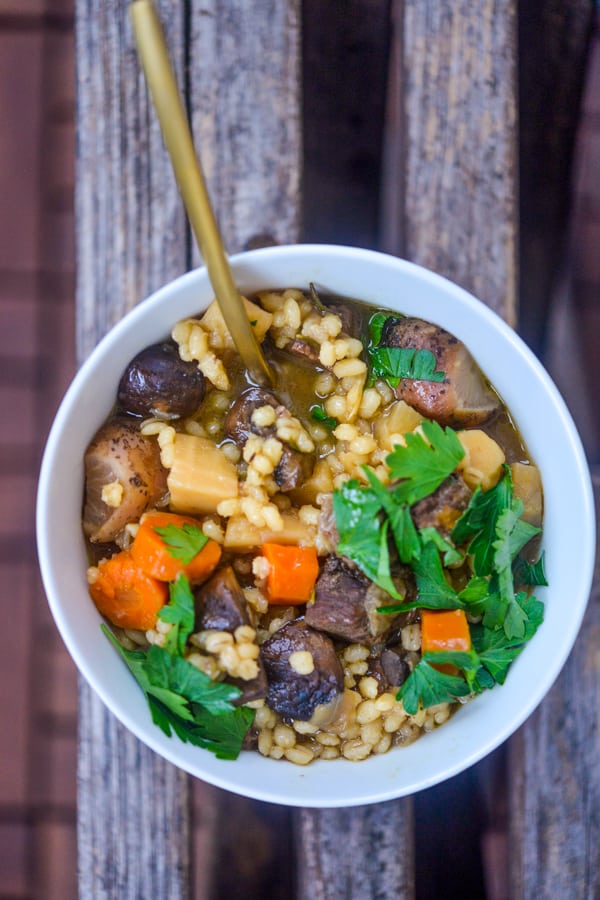 Bonus points if you can make your own stock ahead of time. It freezes well and is worth the improved flavor. 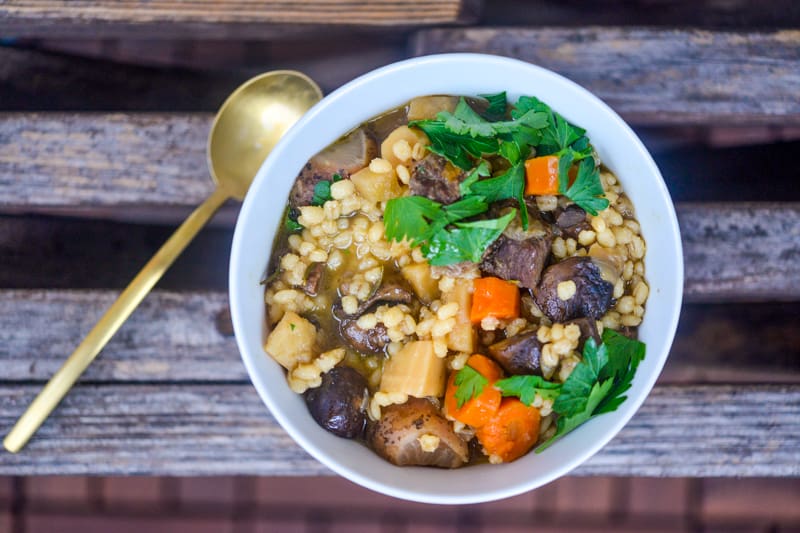 This recipe is worth making in a large batch and having in your refrigerator. It reheats well and gets better as it sits and the flavors develop. 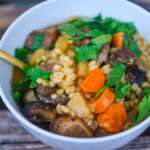