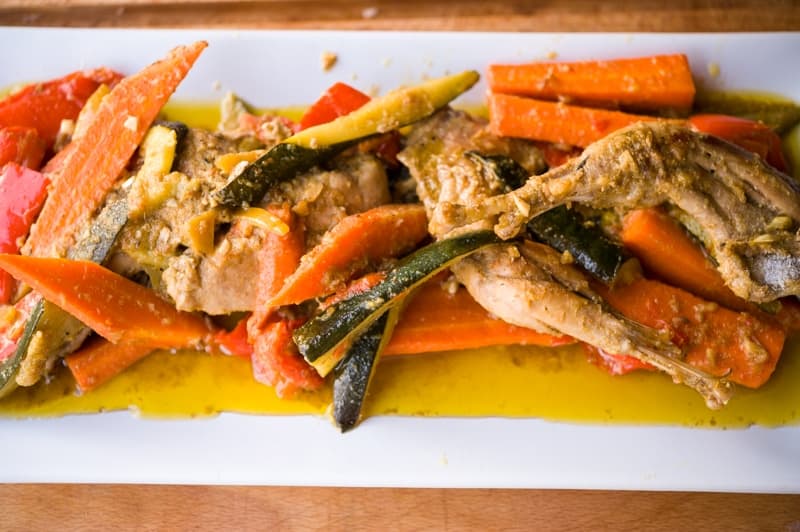 I first learned a version of this recipe for pheasant tagine while cooking in the south of France, where the cuisine is so heavily influenced by the Mediterranean. The combination of spices is wonderfully aromatic and lends itself well to any combination of vegetables and protein. In true Mediterranean fashion, the dish itself is light and tangy, using only olive oil, not butter, and a good dose of lemon in two forms. You will need to preserve the lemon in advance or buy it from a specialty spice shop. 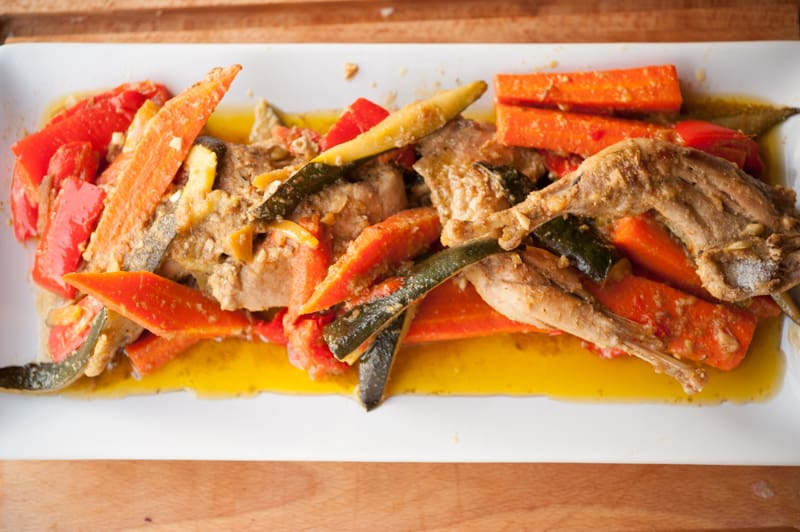 A tagine or tajine, is actually a clay pot with a deep cone-shaped lid. It is designed to keep the moisture within the dish. Once the cover is removed, the base can be used to serve from at the table. I tend to use a skillet, though, instead of a traditional tagine, because it browns the meat and vegetables better and can also be served table side. It is also easier to use around the campfire. 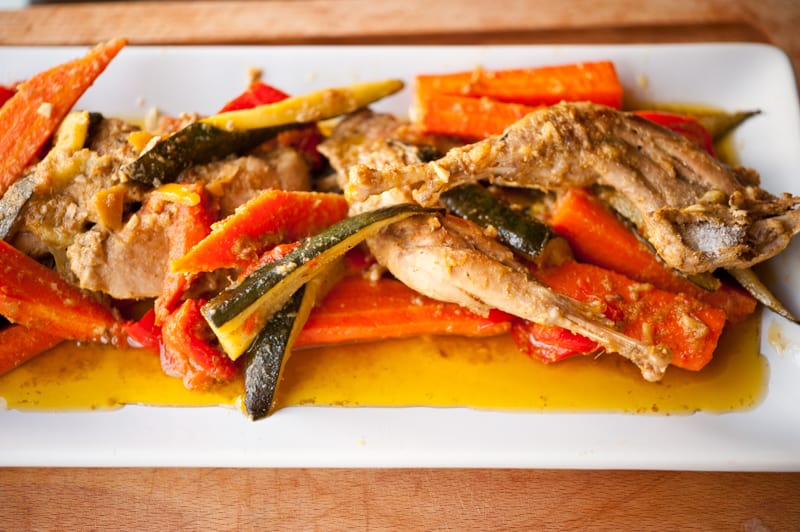 Once you have those tasty preserved lemons made, go ahead and use them in this recipe too! And this one. 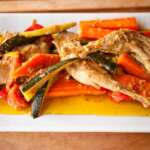